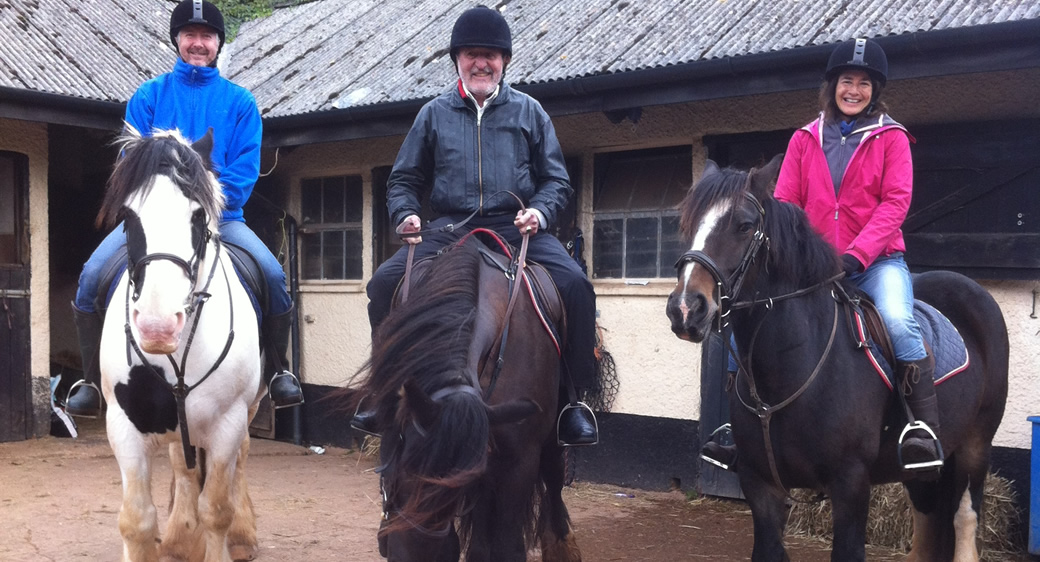 As I wrote recently, my wife treated me to a horse trek.  It was my first time on a horse and I enjoyed it immensely.  Well, Nicole’s uncle was visiting from Switzerland last weekend and so she thought that it would be great for all three of us to go riding.  Kurt had never been on a horse before.

So, on Saturday moring, we were up bright and early (no different from any other day) and on our way to Quantock Trekking.  It helped that we had been before as it’s quite a tricky route through the country lanes.

This time, we were early and joined the general throng of people getting ready for riding out.  The stables were busy!  My horse, Gerty (she drew the short straw again) was looking a bit tetchy.  Thankfully, she became happier with a few juicy carrots.

Soon, we were all three on horses and off we went.  Kurt was a natural and after we reached the hills, our instructor and guide suggested a trot.  No training, but off we went.  I kind of got the hang of it, I think.  There were a few trots on this ride and they were good fun.

At the top of the hills, the mist was drifting across the grass making it very atmospheric.  Quite mystical, in fact. We enjoyed it but the horses were somewhat concerned by a nearby dog (a husky).  The dog showed no interest in the horses but one of our riders had to get off and walk her horse for a bit.

Then we were on our back down, through the car park and down the lane back to the stables.  All in all, a great day out.

Category: Tales from the Barn 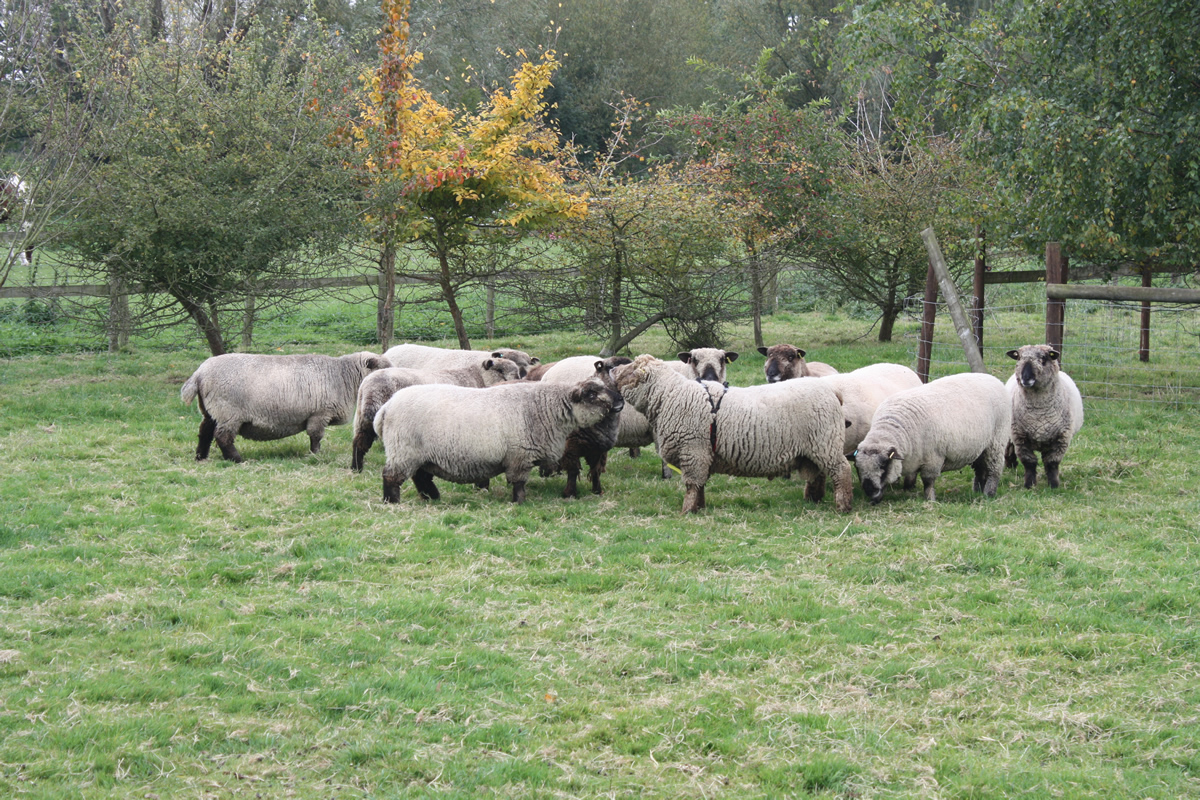 Today is tupping day.  What that means is that we have collected a ram (called Ginger) that we are borrowing for the next few weeks.  Ginger has been carefully selected to ensure we have good lines (of breeding).  Coloured Ryelands are not rare, but they are not common either.  They did, in fact, used to be classed as a rare breed.  The upshot is there are not many that are not related to each other in some way.  So find an unrelated ram is a delicate task.

Fortunately, a breeder local to us has entirely different lines to ours and Ginger is the furthest removed.

So, today we coll

ected Ginger who, for a ram not far from a field full of ewes, seemed remarkably calm.  He was easily led into the trailer.

A careful driver home and we were ready to deliver him to our flock.  We drove into the field as we thought that as soon as he smelled the ewes, the calmness would evaporate.  And we were right, he was Mr Impatient as we opened the trailer.

The ewes were also curious and trundled over to see what was going on.

We opened the trailer and he shot out and straight over to the ewes, nose in the air and tongue hanging out.  It was a combination of male excitement and female curiousity as they met for the first time.  All the ewes seemed happy to see him, until he started focusing his attention on those he thought closest to being in heat.

This led to some “games” of chase and some half hearted mounting.  But, it would seem none of the ewes were particularly receptive, and Ginger soon gave up and started eating some grass.

We will be checking for yellow stains on the back of the ewes over the coming days to see who the ram has found ready and willing and so enable us to calculate the date the lambs will appear.

And this week, two tons of concrete arrive and I will be spreading and levelling that to make the floor of our lambing shed.