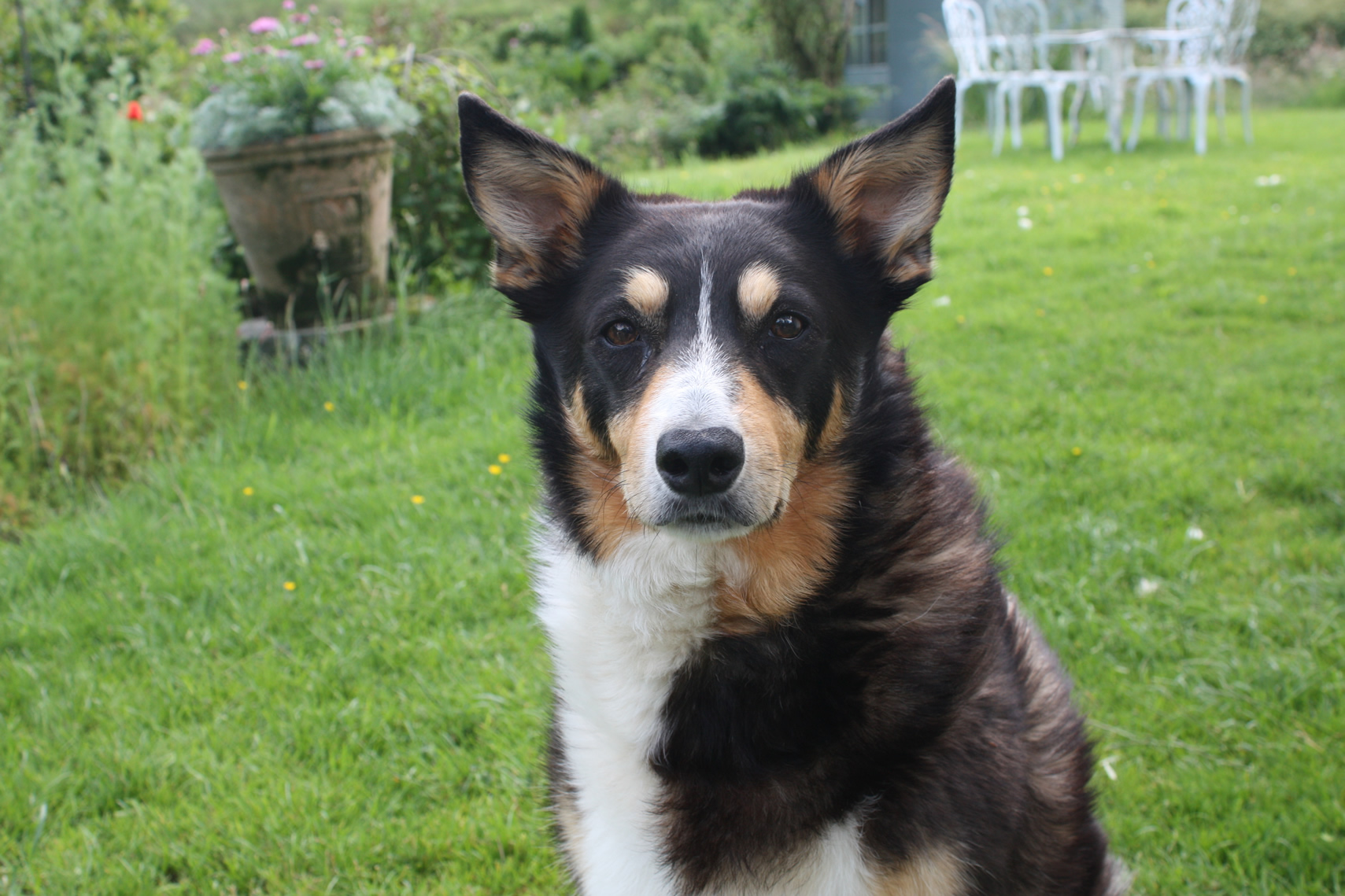 Haribo came to live with us a few years ago.  He came to us unwanted by his previous owner and with a list of issues over two pages long.  Most of those issues disappeared fairly quickly, but one endured.  Haribo was very scared of dogs he didn’t know and this led to a fear aggression response.  His coping strategy was to get the first attack in.

This made walking a bit of a problem, but as we were aware of this, we were able to control him.  Over time and under George’s wing (George is our Anatolian Shepherd), Haribo’s general behaviour improved, but the fear aggression stayed. In the last few months, we have noticed that Haribo just seems to have become more relaxed.  He has a very stable life here and plenty of space.  He and George are best mates and he also likes Maga, the collie who lives nearby.

Last weekend, a neighbouring cottage had visitors coming and they were bringing a dog.  A small terrier.  She’s a very relaxed dog, they told us.  Hmm, the words ‘terriers’ and ‘relaxed’ don’t often appear in the same sentence.  When I worked as a dog behaviour consultant, most of my clients were owners of small terriers.  Anyway, I said I’d manage the introductions.  On Friday afternoon, I picked up the collar and lead, but I couldn’t find Haribo anywhere.  In the end I went to the neighbour’s cottage.  Both George and Haribo really like our neighbours and Haribo often camps in their garden where it’s cool and shady.

Sure enough, there he was, fast asleep in their porch.  It turns out they had already met, Haribo and the terrier that is, and nothing had happened.  Just a small growl from the terrier, apparently (no surprises there).  We are amazed.  The first time Haribo has met a strange dog and not gone to level 10 in an instant.  He has done well.

His second achievement is that he has lost somewhere in the region of 7Kg.  Around the turn of the year, we noticed he was looking a bit porky so we cut his food a bit.  It’s our fault really, feeding him too much and not noticing the him slowly getting fatter.  Nicole discovered some lumps so we took him to the vet.  He’d already lost some weight but he was still around 7Kg overweight.  So, we cut his food a bit more.  The fatty lumps turned out to be benign and now have disappeared.  We weighed him again recently and he’s down to 28kg, much closer to his target weight of around 25kg.

He also has much more energy and is definitely enjoying his walks more.

So well done Haribo.  Given one of his previous issues was raiding bins, it’s gratifying that even with his diet, this never happens.  In fact, we can leave the animal room open (where we store animal feed including dog biscuits) and they never help themselves.