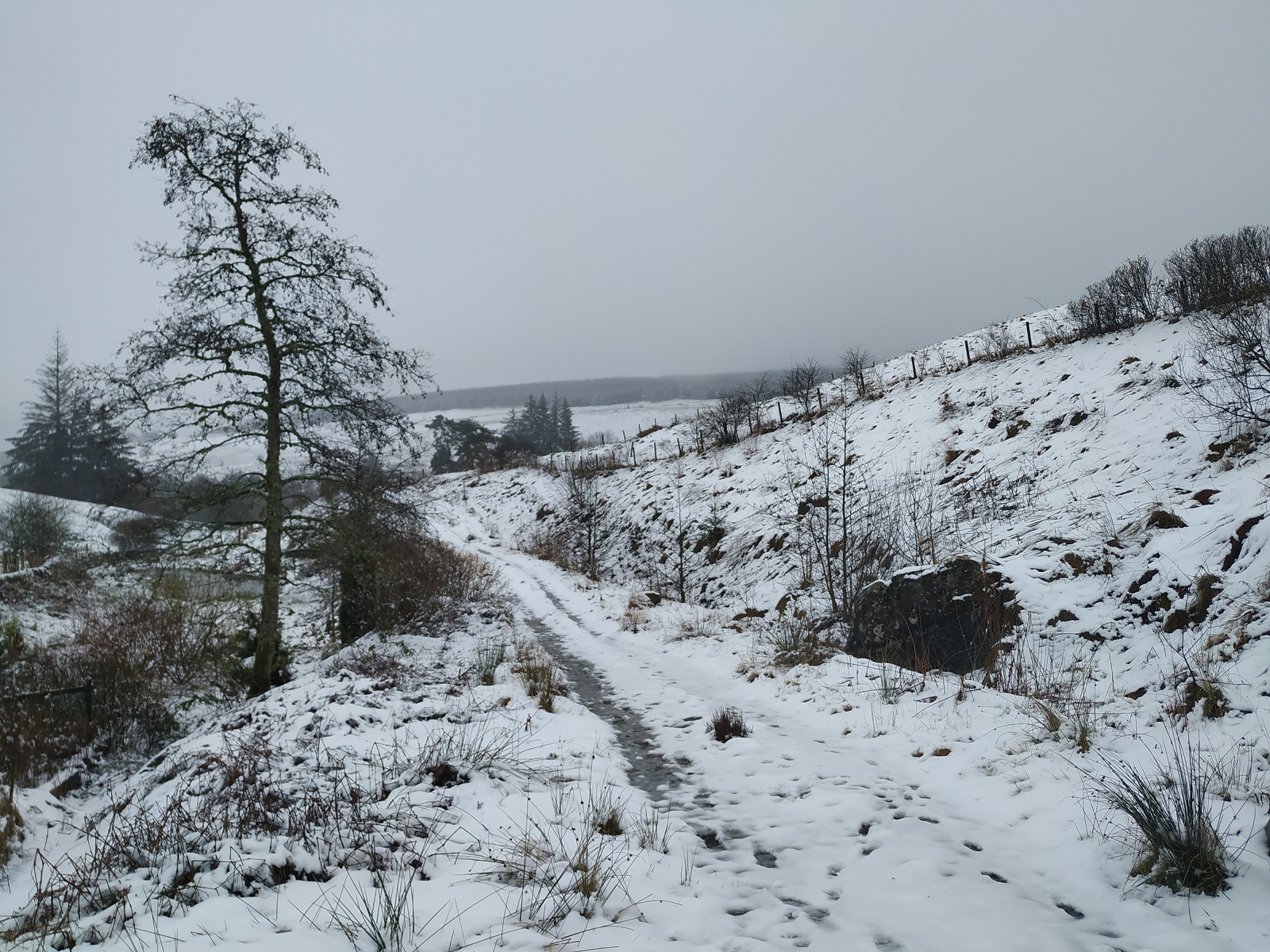 Up until recently, the winter weather has not been too bad.  It hasn’t been too good either, but from a smallholding perspective, it has been OK.  By that, I mean it has been relatively warm.  That means that the grass has continued to grow, albeit slowly.  In turn, this means the sheep have eaten less hay which in turn has meant less work for us.

However, it has also been unrelentingly dull.  Cloudy, damp days.  That’s one reason there has been such a gap between blog entries, it has been much more tempting to curl up in front of the fire with a book.

In fact, I think we have had only two or three properly frosty days.

Lately, it has been stormy, wet and cold.  Again, it’s hard to get much done when it’s blowing a gale and raining at the same time.  The ground is soaking.  At least, living on a hillside, we don’t get flooding here, but there has been a lot of standing water.  The rivers have been raging too.

The last couple of weeks have brought some snow, but the weather doesn’t seem to be able to make up it’s mind, one minute it’s snowing, then it’s raining.

I think it’s fair to say the sheep have not been impressed by the weather.  They have spent many a night sheltering from the torrential rain and wind in the shelter.  While that keeps them warm and dry, they also get bored.  However, they are not keen to head out into the hills when the weather is so bad.  They just nip out, grab some hay and then it’s quickly back in to chew the cud.  Nicole has, on occasion, also been giving them hay in the shed.  They quite like that, eating a little before trampling it into the ground.

However, when the rain has eased off, they have been out and about.  Selene is getting quite good at leading them off first thing and bringing them back around four in time for a hay top-up.

That all said, today it has cleared up and the sun is shining brightly.  The wind is light.  Bliss.  I took the opportunity to plant some more trees.  That’s about 450 this year, 250 of those being willow cuttings.  I hope they grow strong and healthy.

It’s also the time of year to cut future firewood.  We still have some tree trunks lying around from last year’s coppicing and they’ll be the first to be chopped.  Then it will be into the willow wood to take out the damaged and fallen trees and maybe do a bit of coppicing.  Then, we’ll see where we are.  Hopefully in the not too distant future, some of the trees planted this year and last year will be ready for coppicing themselves.

Aside from that, Hoggy, our resident overwintering hedgehog is doing fine and blissfully unaware of the outdoor conditions.  Her outdoor residence awaits, but it has been too cold to release her.  In the meantime, she amuses herself by turning everything in her run upside down.