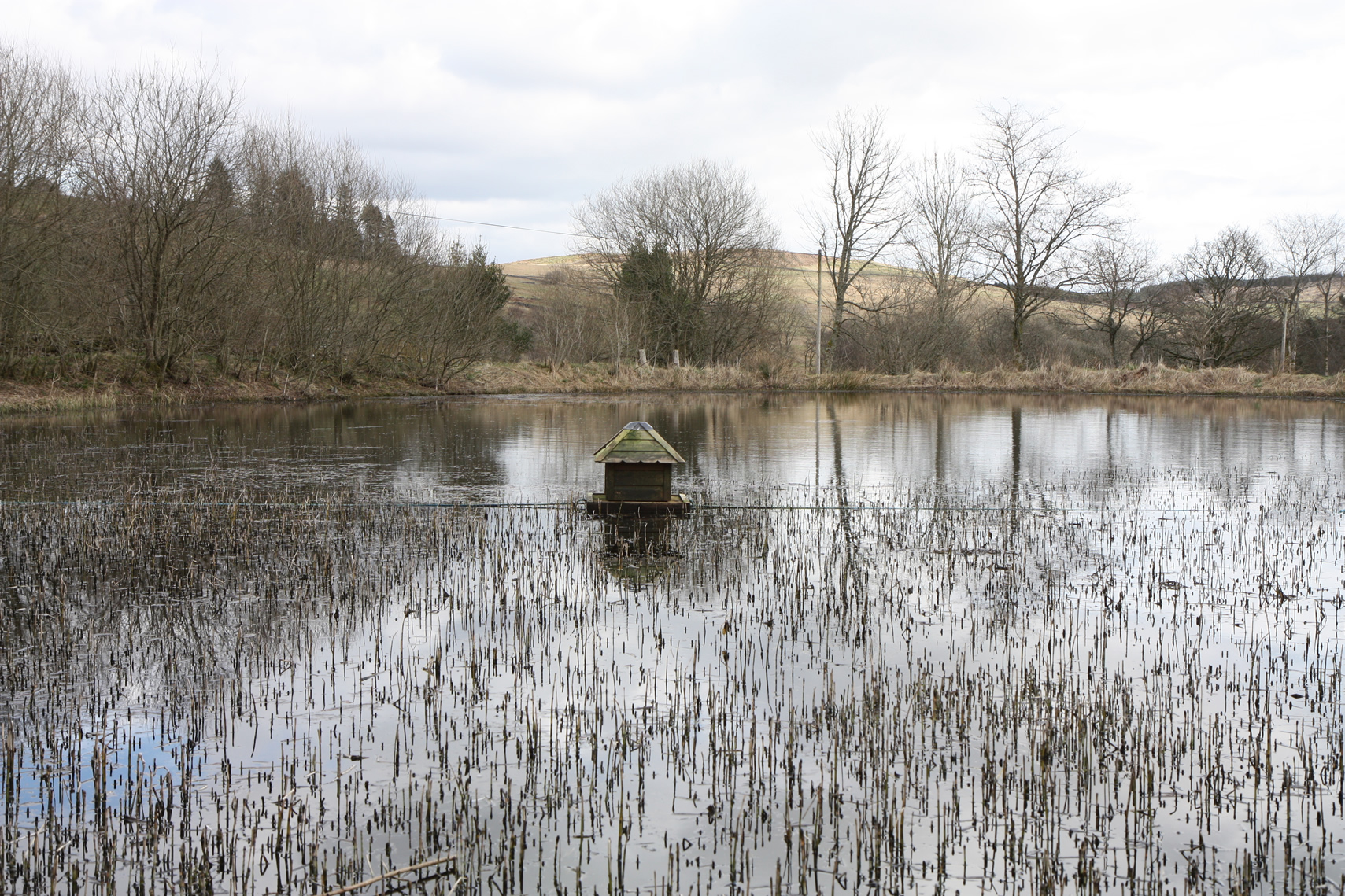 In our smallholding here, we have a small loch which attracts ducks, herons and other water birds including geese and even occasionally, a cormorant.  We also have a duck house that we bought years ago.  This year, we got our act together and rooted it out ready to go onto the loch.

We loaded it onto the quadbike and set off.  We had plenty of nylon rope (for securing it).  They can be attached to an anchor, but we don’t have a boat so we couldn’t take it out to the middle of the loch.  Our cunning plan was to tie it to two trees, one on each bank.  I also had to relearn a sheet bend, a knot I had failed to learn as a boy scout, a mistake which nearly cost me my advanced scout badge.  It’s funny what we remember.

Anyway, first things first, we had to get the duck house on the water.  It comes in two pieces, a floating platform and the house itself.  It can be quite tricky to get this level, but we got there.

This plan started well with us securing it to the first tree.  The idea then was to walk around the bank to the opposite shore.  The problem was that there were other trees in the way making this tricky.  Also, the first think to happen was that the duck house got tangle up in some branches.  We couldn’t pull it free without knocking it and thus causing it to tilt.  Nor could we reach it to push it clear.

So, it was boots off and into the water I went.  By judicious prodding with a tree guard, I managed to get it free.  By this time Nicole was half way round the loch and had come up against a rather tricky tree of her own.  This one was in the middle of a marshy area which we couldn’t really walk on.

I nipped back to the house and got a plastic milk carton and some more rope.

Back at the loch, I joined the ropes, attached the milk carton (full of water) and lobbed it over the loch.  This enabled Nicole to fetch it and tie it to a tree on the opposite bank.

The duck house was in place and ready for use.  Now all we have to hope is that the ducks use it.  There are a pair of ducks down there though they are quite nervous so we can’t go and look otherwise we’ll disturb them.