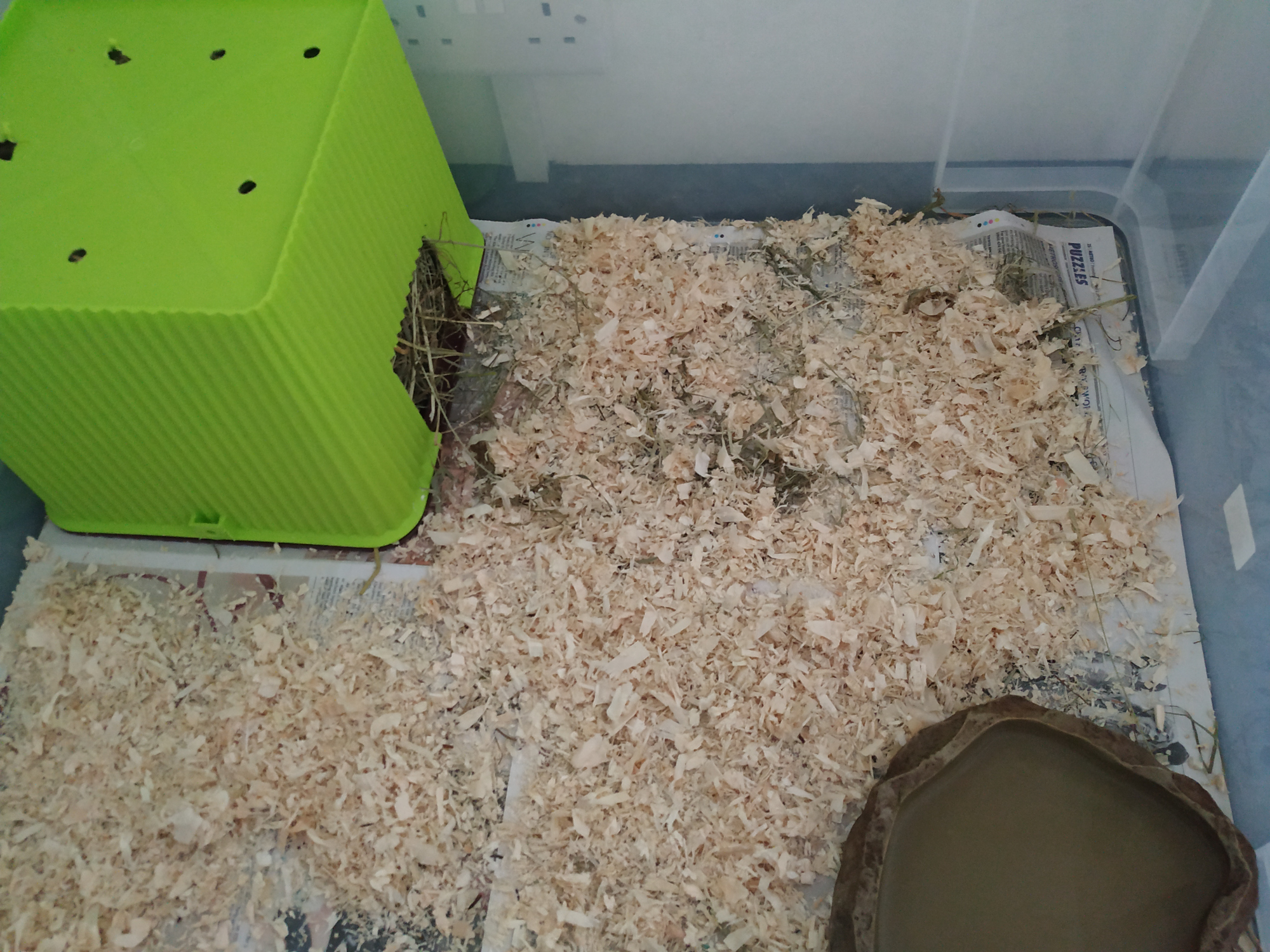 It is our custom to take the dogs out in the evening to give them a chance to pee before bedtime.  Often, we have been lucky enough to see a hedgehog.  Given they are having a hard time of it, we feel quite privileged.

The other night, I spotted one in front of me and stooped for a look.  I realised it looked quite small.  Hedgehogs need to weigh at least 600g or they cannot hibernate.  If they can’t hibernate, then they can’t make it through the winter.  I know this because many years ago, I used to overwinter underweight hedgehogs quite often.  At that time I had close links with Tiggywinkles wildlife hospital which was, back then, a set of sheds in a suburban back garden.  These days it’s a fully equipped purpose built wildlife hospital (Tiggywinkles).

Anyway, I scooped up this little critter and took it back inside.  Sure enough, it weighed only 300g.  It would need warm winter quarters.  On the positive side, it looked pretty healthy and there were no ticks or fleas that I could see.

The problem was, we didn’t have anything suitable to keep it in.  All the rabbit hutches were long gone.  While I sat warming up the wee hedgehog, Nicole scoured the house for a suitable container.  Eventually, one of us remembered we had set aside a large cardboard box.  Handing the wee hedgehog over to Nicole, I set about transforming the box into a temporary hedgehog home.

Making plenty of airholes and also ensuring it was escape proof, we put in dog food, water and plenty of hay.  In my experience, hedgehogs make Harry Houdini look like a beginner when it comes to escaping.

Next day, we set off to get a better home.  The box was fine but it would only last one, maybe two nights before it gave in to the relentless soaking from hedgehog wee.  First stop was the only pet warehouse in the area, a mere 45 minutes drive.  It had rabbit hutches, but these days they are multi level house shaped obstacle courses.  I just wanted something with an area for a nest and and area for night time wandering.  The only one they had which might have been OK wasn’t in stock.

So, next followed a trip to a country store and then a garden centre.  Plenty of pet homes, but nothing suitable at all.  This was not going well.  So, I did what I maybe should have done in the first place, I sat in the car, got my phone out and went onto a hedgehog rescue site to look for ideas.  Well, rabbit hutches are out, the new des res for an overwintering hedgehog is a large, deep plastic box.  Thank you Hedgehog Rescue for that idea.  I would never have thought of that.

Googling plastic boxes pointed me to Homebase where, after a long and gently dispiriting search (Homebase is not what it used to be) I found a massive plastic box and a rather attractive green bucket that would make the perfect nest box.  I nearly did a little skip, but being from Edinburgh, I didn’t.

In fact we jumped in the car and headed speedily home to set it all up.  And it has worked perfectly, a good nest box, enough room for food and water and space to do a bit of roaming.  And it’s not far from a radiator for warmth.

Now it’s all about keeping it clean and providing plenty of food and water.

Oh, and if you are wondering why there’s no photo of the wee hedgehog, it’s because it has had a stressful enough experience already so we are trying to leave it in peace as much as possible.  We’ll probably take a picture when we next weigh it in a week or so’s time.