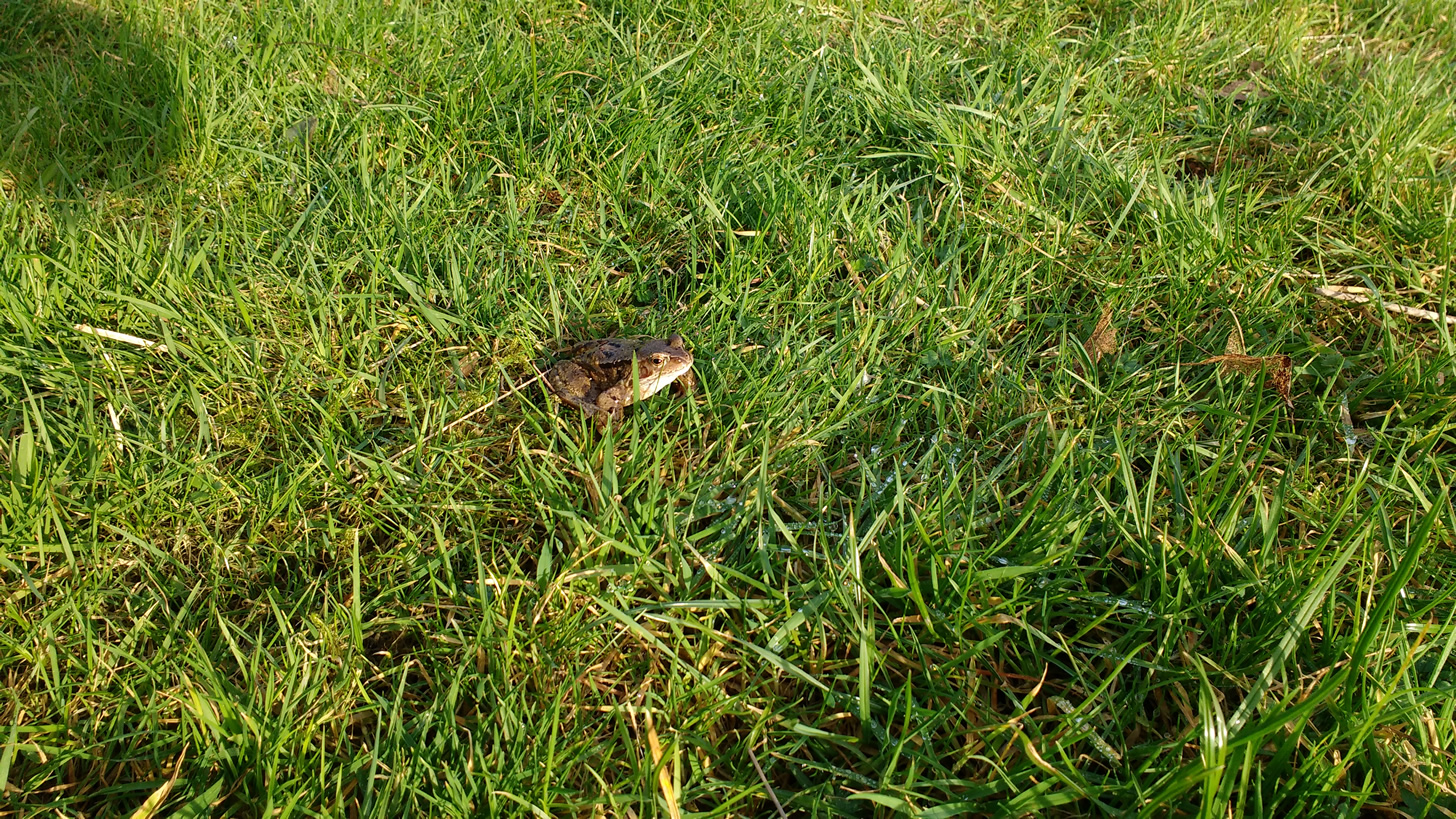 Well, what can I say – February had some unusually warm weather with bright, warm sunny days. It was lovely, even if it was a sign of underlying climate change. We took full advantage including getting in some early seed sowing. We now have brassicas and turnips germinating in the greenhouse. This is helped by the fact that I laid in an electric cable and installed a small tube heater to keep the frost at bay.  And those warm February days did turn pretty chilly at night.

The next thing that happened was that suddenly, there were frogs everywhere. The frog chorus met at the pond and started singing their hearts out. Driving up the track at night suddenly became an exercise in frog spotting followed by evasive manoeuvres (or Nicole getting out of the car and helping them to safety). We think we have done quite well because there are no flat frogs on the track. That said, the herons are back. I suppose it’s an early spring feast for them.

The question is, were they a bit early? Because, after the warm spell, storm Freya hit. Torrential rain, wind and it all turned a bit chilly. I don’t think the frogs minded the rain so much. The sheep and hens are not impressed though. The area around the sheep field shelter and feeders has become something of a quagmire. Good job they have a patio! That said, one of the great things here is that they can trundle up the hill where the ground is remarkably solid. They can escape the mud and they do, happily grazing (the grass is growing already) and cudding and generally just being sheep.

Storm Freya continues to wag her tail at us as I write this, but inbetween the rain and blustery winds, we are at least getting moments of sunshine.

And after writing this, I’ll be off to plant more seeds.