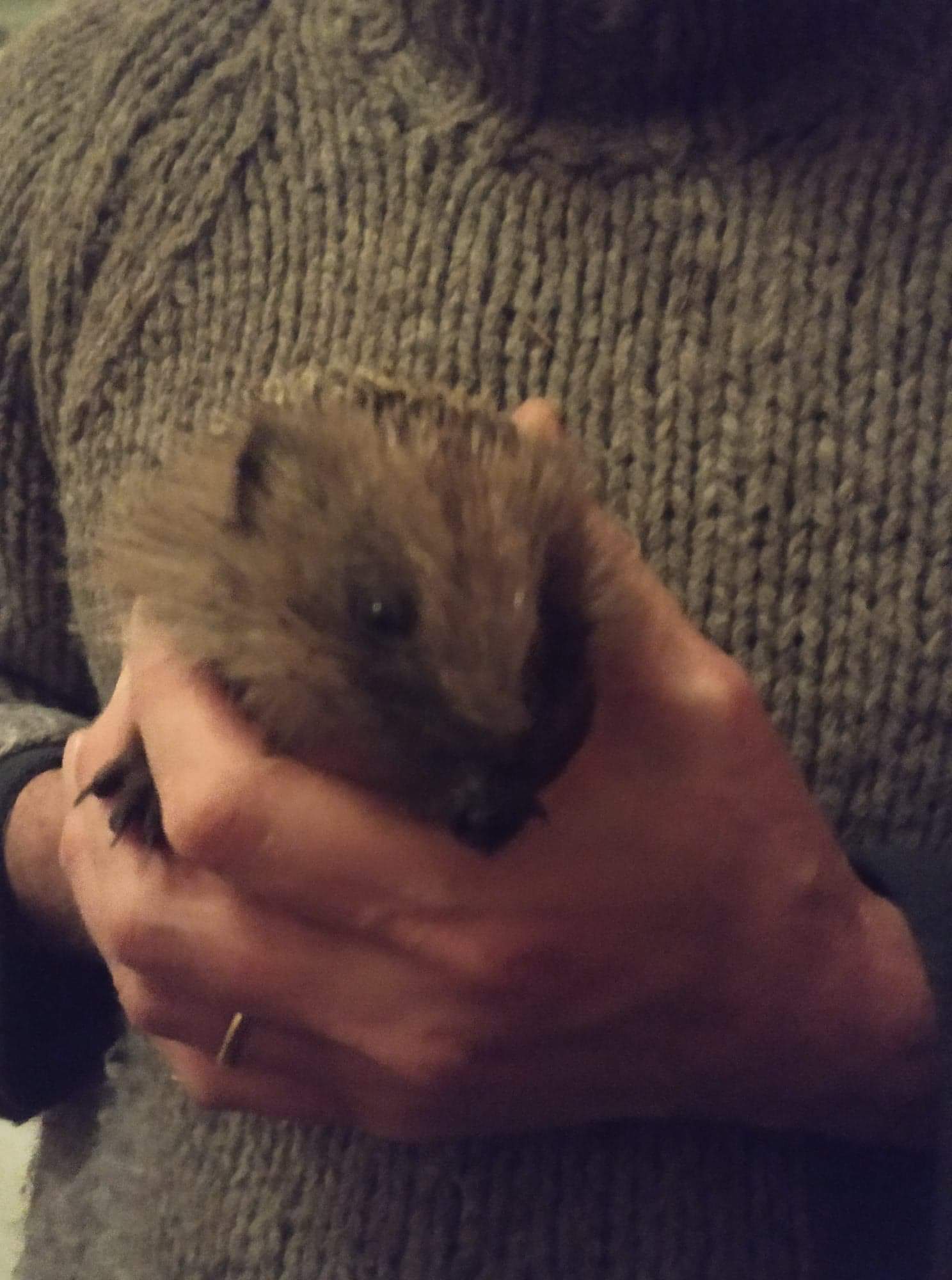 OK, so I was out and about as usual around 8:30pm on a cold November evening when I saw the human and two dogs approaching. I wasn’t that worried as I’d seen them before and they always keep a respectful distance. However, this time, the human came over, crouched down and then PICKED ME UP!

“What’s going on?” I thought. Next thing, I’d been whisked to a place I’d never been before full of straight lines and strange smells. That said, it was lovely and warm and, truth be told, I was feeling a bit cold. I suppose that’s why I hadn’t curled up into my protective ball.

Anyway, there I was perched on the humans hands listening to the humans babbling on about something. I was a bit peckish and I was offered some food, but I was too distracted to eat anything. In fact, I was quite enjoying sitting in those warm, toasty hands. I even flattened myself out a bit so I could get maximum warmth into my feet and tummy. It was lovely.

Next thing, I’m being put into a dog crate. Well, I’m not having that I thought to myself. I waited a few moments and then sized up the bars. I could squeeze through them, I thought, so that’s just what I did. Only, I got halfway through and got stuck. Luckily, the humans cut me free and I was back in those warm toasty hands. Lovely.

I was soon quite warmed up and now the humans, having learned from their mistake, put me in a nice big box with lots of fresh hay, food and water. I scoffed the food and settled down for a siesta. I was a bit tired as it has been quite cold of late and so food has been a bit scarce. A full tummy was just great and I felt really sleepy.

Next day, I was moved into a larger area. It’s plastic so I don’t think I’ll be getting out in a hurry, but I now have my own little bedroom and a steady supply of food and water. I get cleaned out every day which can a bit of a pain, but there’s nothing quite like snuggling back into clean fresh hay.

It’s a lot warmer than outside, so, you know, though I don’t have as much space as I’d like, I’m quite happy really.  Plus I’ve put on nearly 100g in just three days so that’s pretty good too.

Category: Auchenstroan Wildlife
Product categories
For Sale from our Shop