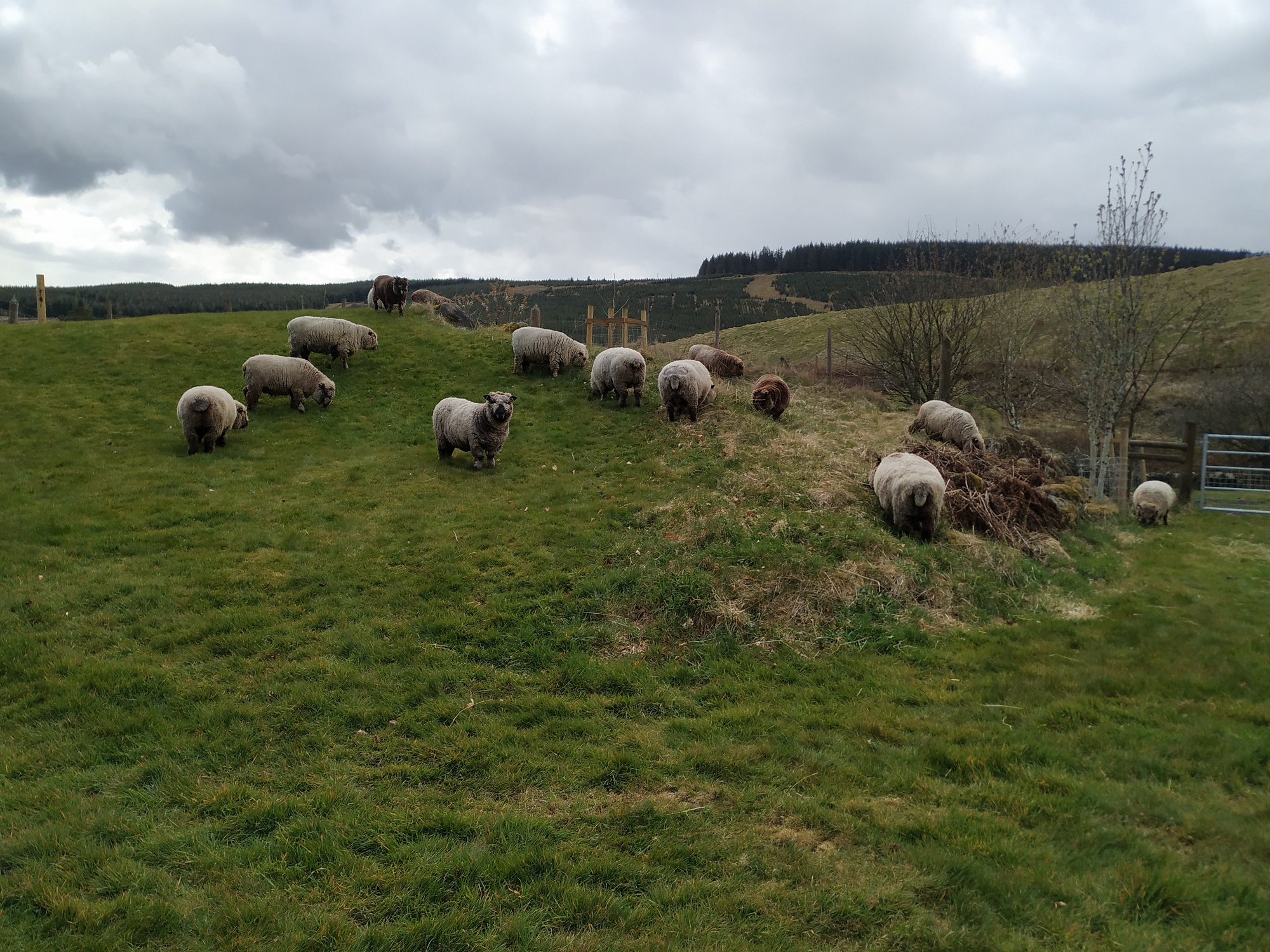 One of the things we have puzzled over since moving here was what to do with a large expanse of grass that sat between our house and two neighbouring cottages. It need constant mowing to keep on top of it but was never really used for anything except the odd game of ball with the dogs. This spring, we decided to transform it into an additional sheep paddock. As well as offering some extra spring grass, it’s close to the winter feeding stations so will provide more space for the sheep to spread out between meals of hay. It has to be said, the sheep tend to hang around the ay feeders most winter days rather than heading off into the fields, so it can get a bit muddy.

It needed quite a bit of fencing as we also planned a hedge along the border with one of the cottages and that beeded two fences, one for the border and one to keep the hedge safe from the sheep, who are more than partial to a bit of twig and leaf. It’s also quite a large area and, all in all, took about 100m of fencing to complete. This time, we employed a contractor to help thump the posts in as the ground here is pretty stony and unforgiving. He brought a digger with a post thumping attachment so that helped a lot.

We also installed a wooden gate so that it looks more rustic. This needs to be hen proofed to keep our hens off next door’s veggie patch, but that’s another story.

Anyway, it took me a few days to get all the fence netting installed and Nicole a few days to transplant the daffodils (they’re poisonous to sheep), remove foxgloves (also poisonous) and clear the few brambles that were also eyeing the area up.

That all done, it was ready for the sheep. Serendipitously, they were waiting the other side of the gate so all we had to to was open it. As soon as they saw the gap leading to virgin grass, they were straight through and enjoyed a few hours of happy grazing. We all enjoyed some time, the sheep exploring and staring at new sites (next door’s barn) and us sitting with them, enjoying their company. Later, we ushered them back out, unable to leave the gate open till we have made it hen-proof.