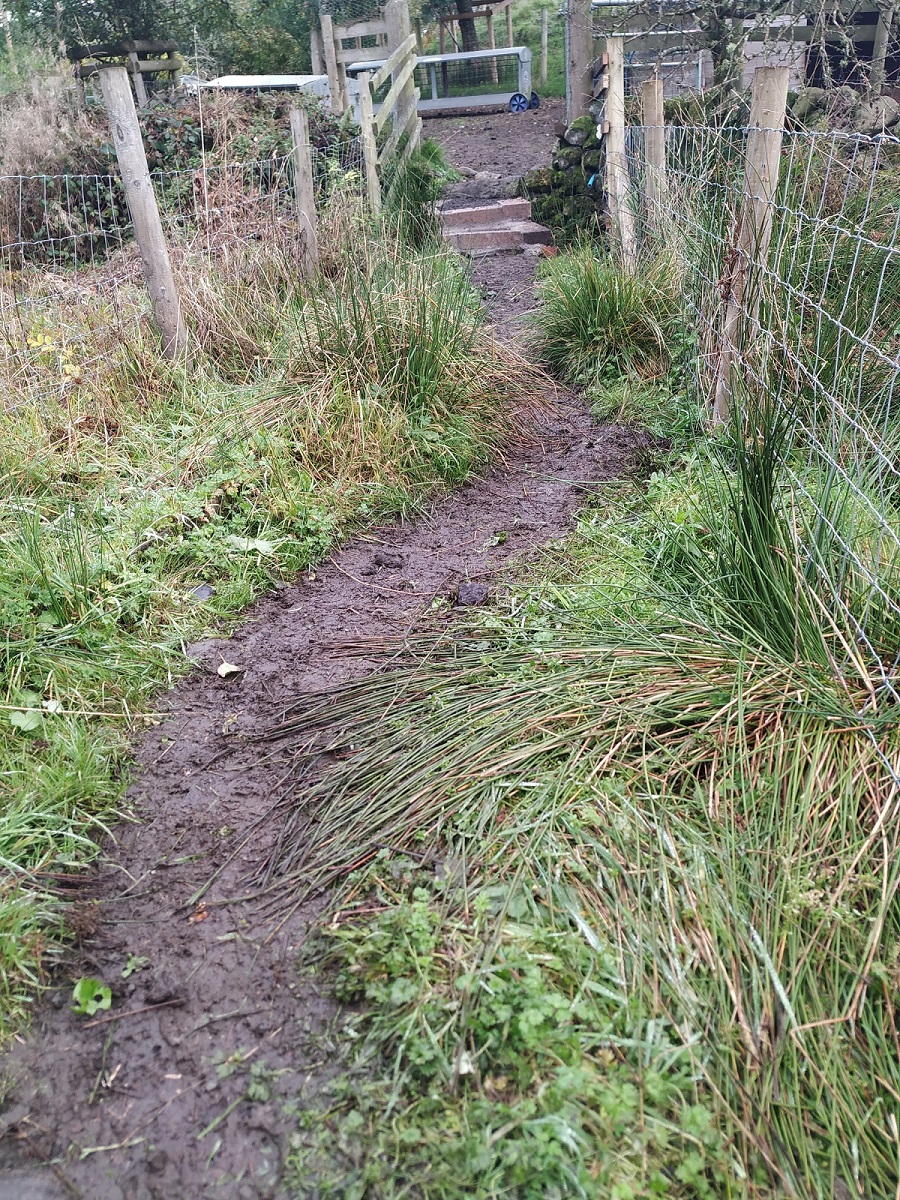 Some time back, we connected our hill paddocks with the orchard next to our house. We like having the sheep close by. It’s what we call the ‘lambing paddock’, mainly because we built a lambing shed there. Really, it should be the ‘orchard paddock’ as it is home to our apple trees, all protected from sheep nibbling.

One problem with this path is that, at the paddock end, it’s quite a high step up. We did put down some bricks and hard core to make it easier for the sheep, but over time they have dislodged said bricks and scattered the hard core. Nicole recently noticed that some of them were struggling to get up. Short legs and a barrel shaped tummy can do that for you.

So, this week, after fencing off the damp corner (to the right) and planting it with trees, I started on building them a step. Using large, stable concrete blocks, I worked out an arrangement that would allow them to step up easily. I poured concrete into the gaps and topped it off with road scalpings. A rough surface will stop it getting too slippery in the icy winter days.

Of course, just as I was finishing the pouring in of the concrete, the sheep came down to see what I was up to. I had to turn them back before 76 hooves tore the new steps apart. Sheep hurdles were hastily erected to give the concrete time to dry.

Today, I led the sheep down so they could have a look. Selene, the flock matriarch took one look and turned round to head back up the path. She doesn’t like anything new, that one. It was left to Yogi, her granddaughter to make the leap. She took a couple of sniffs, then wandered up happily, wondering what all the fuss was about. Once she was up, the rest followed, each showing different levels of suspicion and hesitation.

Selene has, since, been observed standing at the gate studying the new structure intently. We’re wondering if the sheep might be in the lambing paddock for a while, at least till Selene decides the steps are no longer ‘new’.