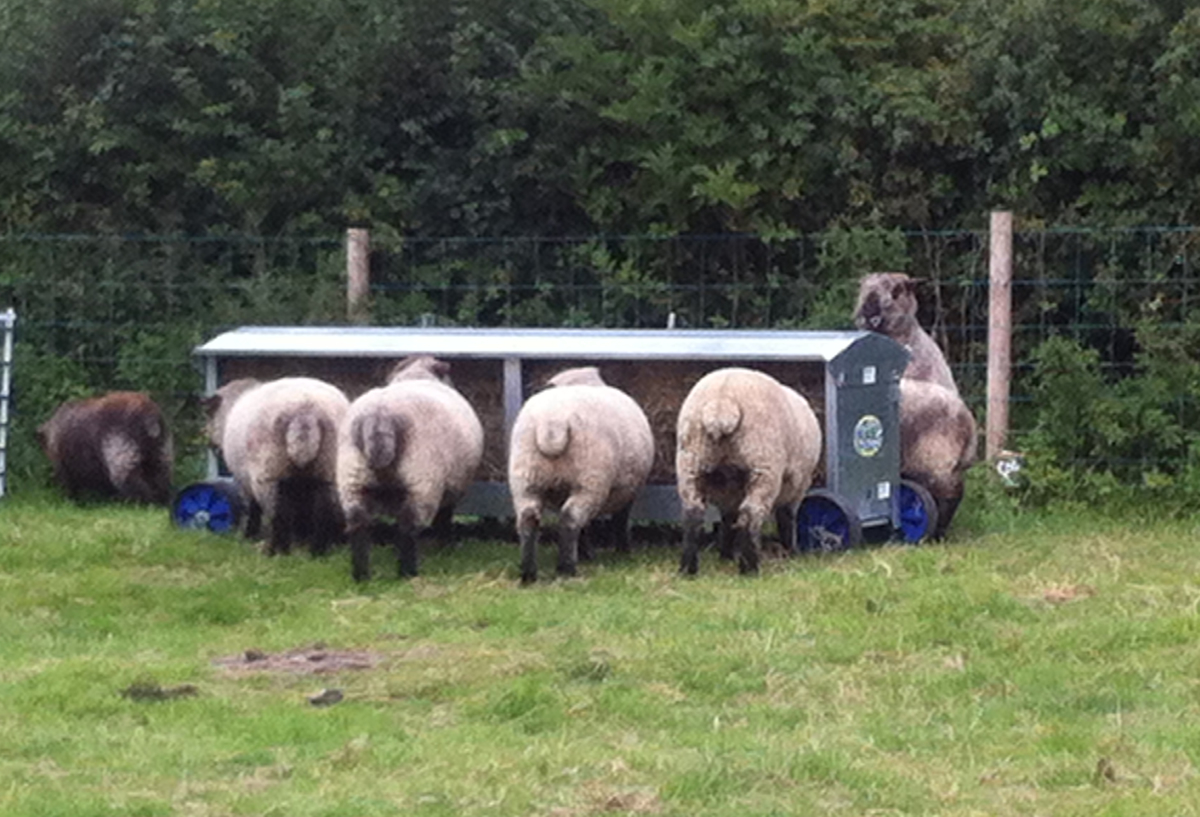 With autumn approaching faster than we’d like and the grass losing its nutriemts, it was time to put some hay in the field.  There’s plenty of grass (thanks to the recent rain), so I thought the sheep would most likely ignore the hay for now.

On seeing the wheelbarrow with 2 bales of hay trundling across the field, they were over straight away and pulling hay out even as the barrow was moving.  We put one bale in the large aluminium feeder and all the sheep crowded round.

We put another bale in the other feeder (which is the other side of the field) and turned tound to watch.  Well, there’s not quite enough room for 11 sheep to all feed at once, so we had a bit of a rumpus with much headbutting, nudging, shoving and general scrapping for space.

At last, one of the sheep (Selene) noticed we had a second feeder and come running over.  Clever girl, she had a feeder all to herself while the others jostled.

Soon, the others noticed and before long, there were 4 on one feeder, 7 on the other and plenty of space to go round.

Still with the odd bit of headbutting, though it always stopped whenever I pointed the camera in their direction.

But they are happy, and that’s what matters.