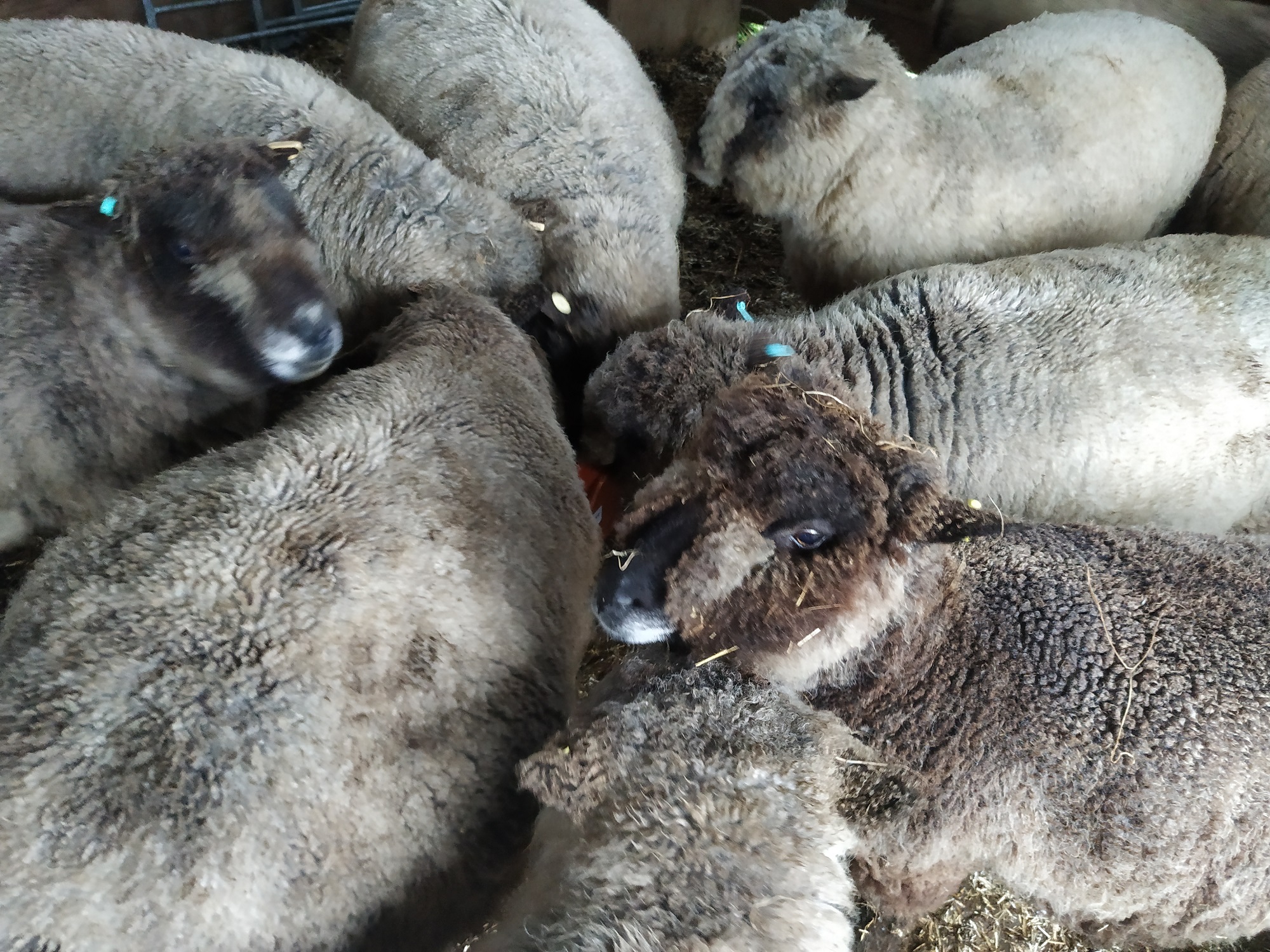 Winter on the smallholding is all about keeping our woolly friends fed, watered and mucked out.

The beginning of November marks the start of the “big hay ceremony”.  This means that every morning and evening we fill the feeders up with fresh hay while the sheep mill around “helping” – which roughly translates to them helping themselves to hay while we attempt to get it in the feeders!

The hay sees them through until spring but if the winter is mild they’ll spend less time at the feeders and trundle up the hill to the higher pastures foraging for grass and small plants bravely making an appearance.  Winter grass isn’t very nutritious though and our Ryelands are lowland sheep and not as tough as their hill bred cousins.  The wouldn’t survive a Scottish winter without their daily hay.

This year the winter has been particularly cold, we’ve had snow on the ground for more than two weeks and since Christmas the sheep had had enough of foraging in the hills and set up camp in the paddock by the house.  The paddock is their sanctuary, a lot of our sheep were born in the paddock so it’s also a nursery.  It’s a safe place for them to come to to get out of the elements.  There’s a big shed where they can shelter from the rain, there are also apple trees which they enjoy sitting under whilst chewing the cud.  But best of all, the paddock is home to their hay feeders and their favourite big orange buckets.  These orange buckets are a special winter treat which sheep adore, they’re lick buckets which contain nutrients, vitamins and minerals and lots of yummy ingredients.  They just can’t get enough of them!

Yesterday the sheep had licked their buckets clean and were eagerly awaiting new ones.  As I heaved the buckets out of the wheelbarrow and dragged them into the barn I had barely got the lids off when I was set upon by nineteen teddy bears in a Winney the Pooh rugby scrum.  Fortunately I managed to get out more or less unscathed and sat on a straw bale to recover whilst watching their happy faces listening to them licking away for all they were worth, happy days! 😊