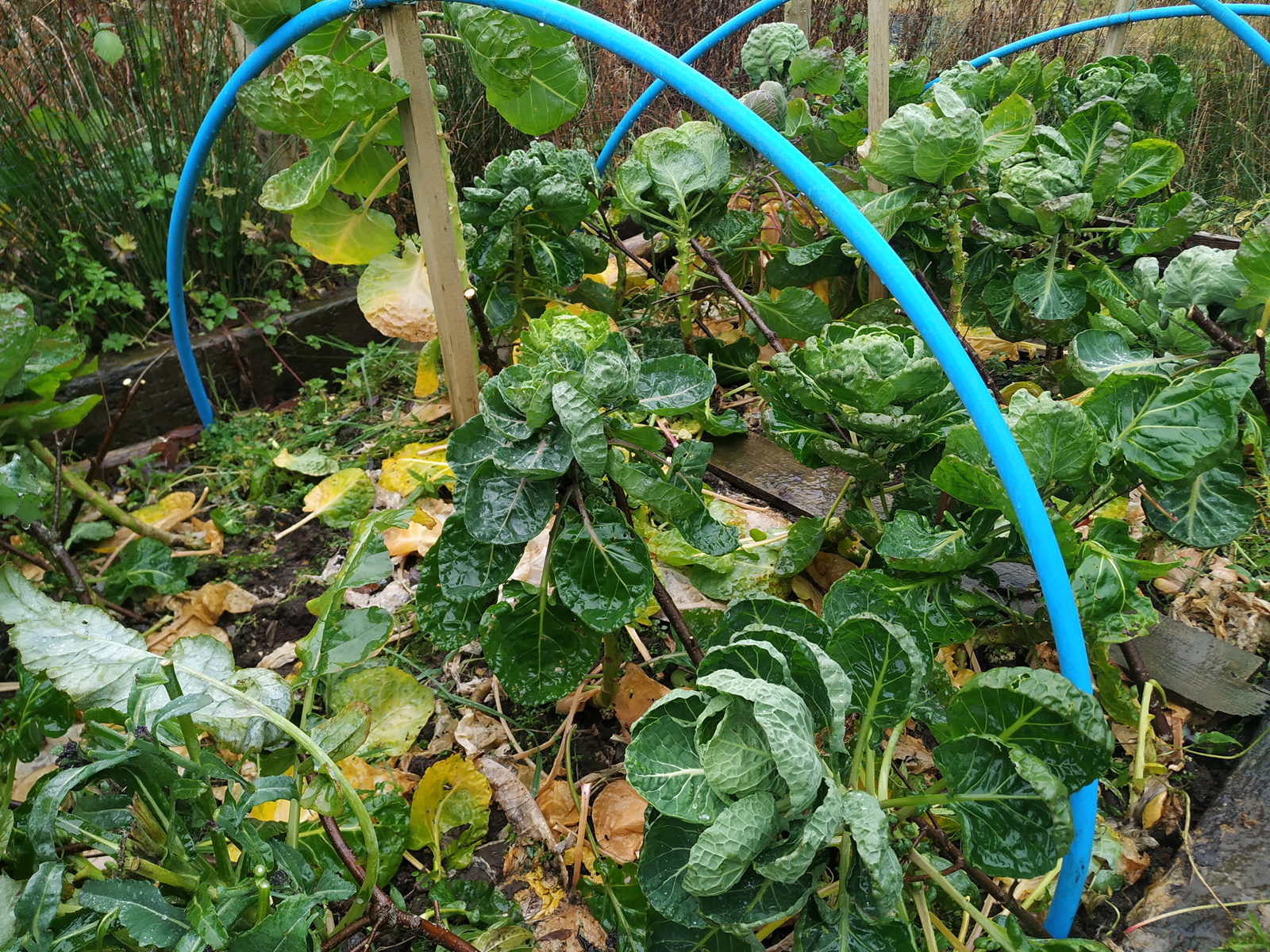 As they days shorten and the night draws in, the autumn harvest is coming to a close. The onions are all tied up in onion strings. We had a much better crop this year, netting them off helped stop the birds digging them up. As ever, those grown from seed soon caught up with the onion sets so maybe we’ll just sow seeds in future.

The last apples are clinging to our neighbour’s apple tree. Those on the ground are being hoovered up by blackbirds or whisked away in the beaks of crows. Our apples are all picked, and have found their way into the freezer (for future apple crumbles) or the brewing room where cider and cider vinegar production is underway.

It has not been that warm but fermentation has continued, albeit a little slowly.

We still have a few winter crops left, plenty of beetroot and turnips sit petiently in the ground awaiting their turn to be made into soup. The nematodes did their work and slug damage has been minimal. The mice or moles have, however, been helping themselves to the beetroot. Fortunately, this year they are large so there’s plenty left for us.

The carrot box did brilliantly and there are only one or two carrots left so one job this winter will be to build a second box. It has been a long time since I have managed to grow perfectly shaped carrots.

The only crop not doing so well are the brussell sprouts. Seemingly strong and healthy plants are producing few sprouts. We’ve been racking our brains on this one though general consensus seems to be stress (they’d fallen over) and nitrogen deficiency (though healthy leaves would contradict this). So, not too much green veg for the winter motnhs.

Preparation for next year is well underway with lots of mulching.