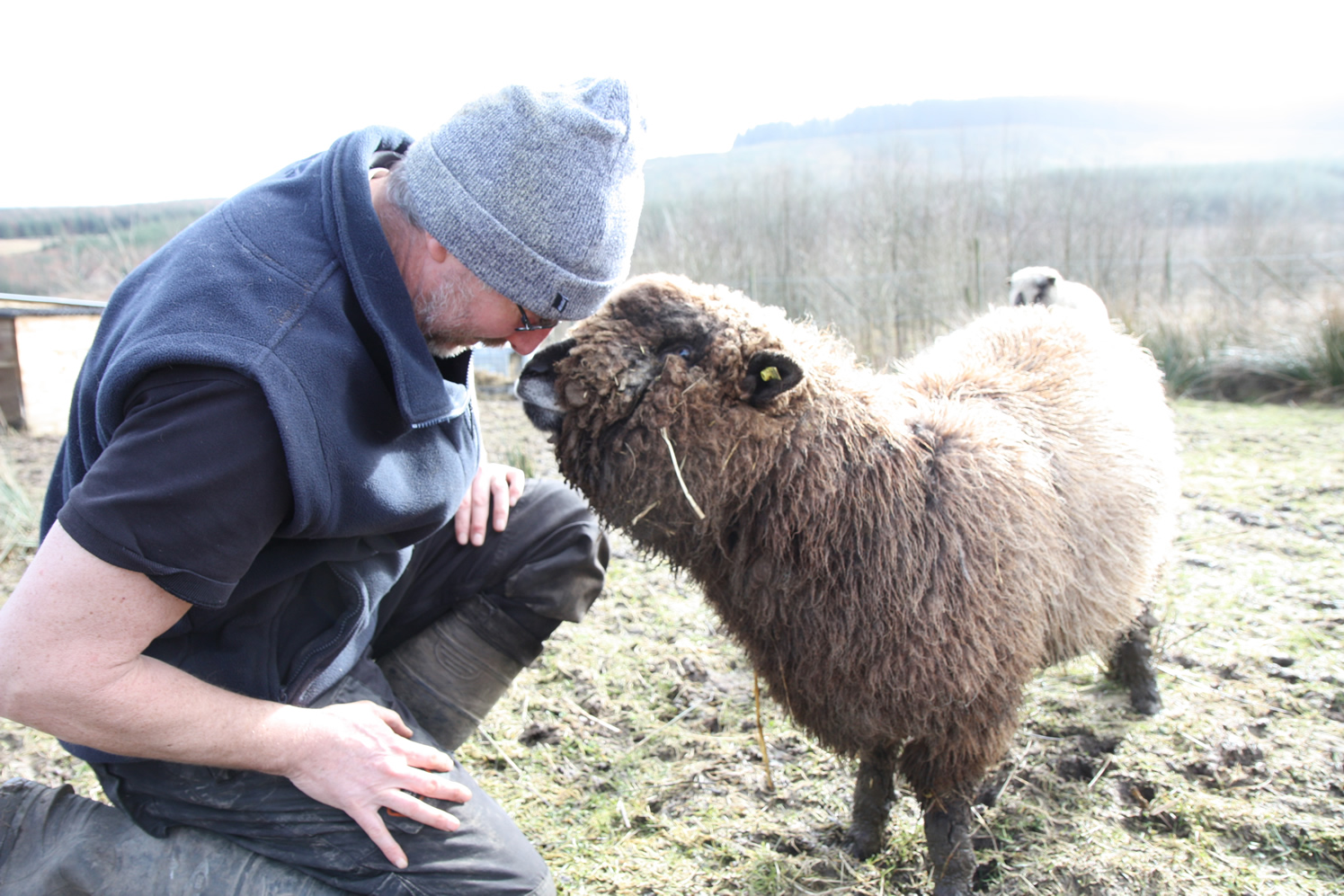 Blogs are a blessing but also a bind sometimes.  The need to add updates sort of nags away at the back of one’s mind.  That said, I haven’t paid much attention to that inner voice having not posted anything all summer.  How did that happen – well, one day at a time!

As you can imagine, the summer months were as busy as ever.  Looking after cows, sheep, dogs and hens as well as each other takes a fair amount of time.  Then there’s maintaining 27 acres of mixed woodland, keeping the house sorted, the gardens, the veggie patch – the list of jobs never seems to get any smaller!

So, what have we been up to.  Well, the hot summer months early on provided an excellent opportunity to refurbish the gypsy caravan.  It had suffered somewhat from last year’s long wet summer and then the harsh winter.  Paint was flaking off, the canvas was tearing – it needed attention. Desperately.

So, between us, we got to work.  I mainly did the outside.  Nicole sorted out the inside.  And over a period of weeks, we transformed it.  We still have some artwork to add, but the weather closed in so we’ll do that next spring.  I’ll add a more detailed account of this in another post.

Last year, one of our hens produced 13 chickens.  Four of these are females and this year all four of them took it upon themselves to go broody.  Between them, they managed a grand total of one chick.  Pipette, as we called her, has now grown up into a lovely hen.  We are looking forward to her starting laying soon.

The others, well one sat on two eggs all summer before giving up.  Another sat on a golf ball and the fourth lay her eggs under a bush and then abandoned them.  We’re not quite sure what happened, but our cockerel was getting on a bit and he was also their father.  Inbreeding can be quite a problem.  As chance would have it, one of our neighbours had a lonely cockerel (his entourage of hens having been killed by his ex’s new dog), so we took him on as a replacement.

Given we were being run ragged, we had a discussion in the summer and decided to scale back.  As a result, we have sold our cows to a lovely farm just west of Kilmarnock.  The new owners make amazing chocolate, so we’ll be keeping in touch with them.  We also sold our tups (we’re having some time off lambing and also, they are related to too many of our ewes).  They went to a lovely smallholding just outside Peebles.

Talking of lambing, we did well with our lambs this year, 18 in total (10 girls and 8 boys).  We have sold 4 lambs and two gimmers (also to the farm near Kilmarnock) so we still have plenty of sheep.  The 8 boys were castrated and that has made life much easier as we don’t have to separate them.

Other than that, we upgraded the sheep field shelter with a water system (gutters,  drainpipes and a trough).  We had problems with one of our tanks leaking so this gives extra water security.  Digressing, we had to hump a lot of water up during the hot spell – pumping out of the river into a 600 litre bowser and towing it into the fields.  Then the cows drank copious amounts, so it was an ongoing job!  Back on the shelter, we also added a lot of slabs as it can get a bit muddy at times.

Our veggie patch has been a success producing turnips, carrots, parsnips, onions, beetroot, courgettes, kale and brussel sprouts galore.  We did have to remove a lot of caterpillars, otherwise it might have been a different story.  The leeks are coming on nicely too.

Nicole has been doing a lot of gardening and is slowly getting things the way she wants them.  She has ordered a batch of roses to go into new flower beds.  Also, the small flower meadow continued to flower right up till a few days ago.

And, of course, with winter approaching we are having to turn the heating on.  It’s powered mainly by wood, so that means much chopping – we get through a lot of wood!