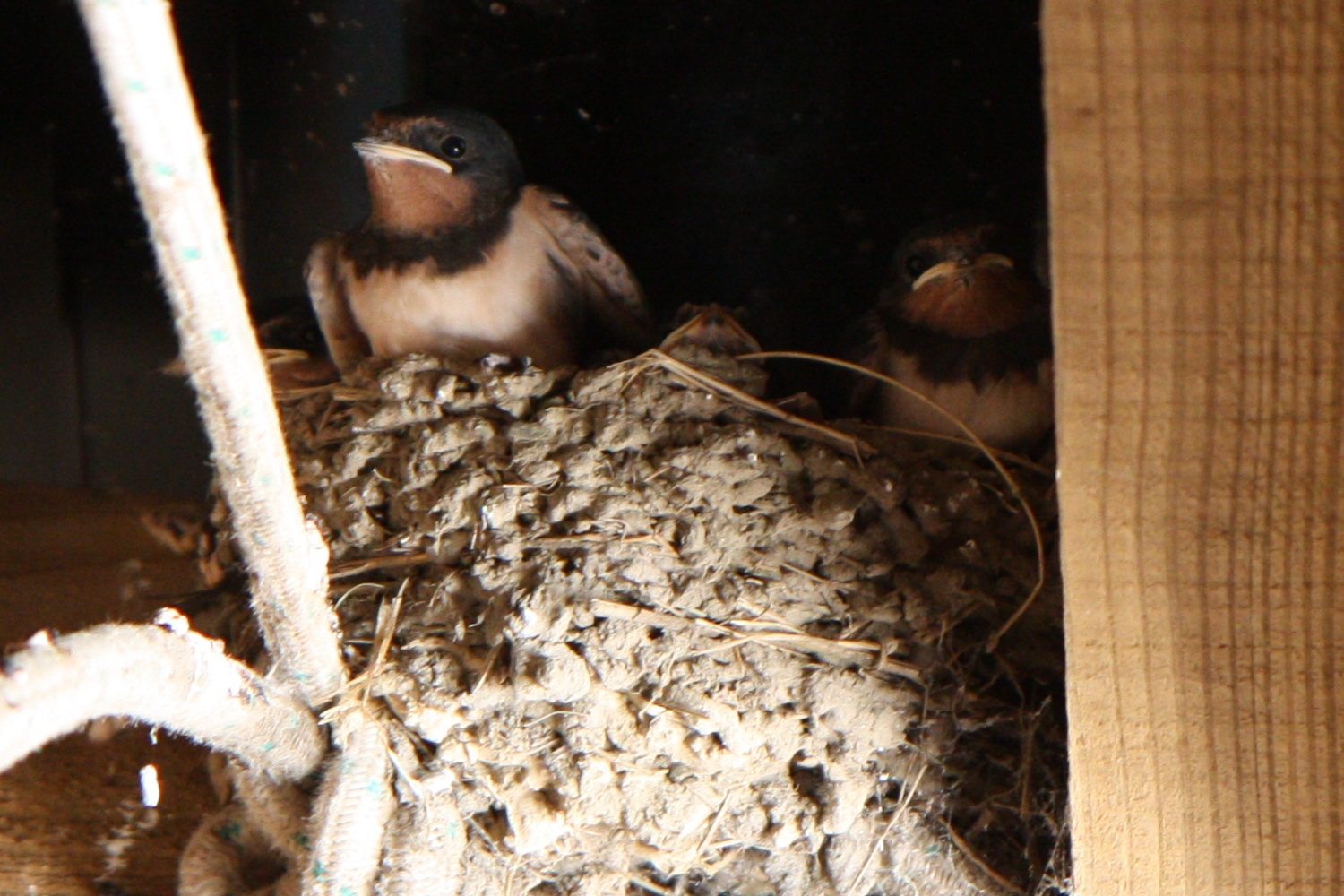 Running our wee patch organically, we get some pretty good wildlife.  The swallows are back, albeit a little late, but are back nesting in both our large shed and our smaller open garage.  In the latter, the nest is just above head height.  If you look closely at the picture above, you can see four baby swallows.  There are certainly plenty of flying insects here for their parents to catch.

Up in one of the fields, we have a large area of ragged robin.  According to the UK’s wildlife trusts, this is an increasingly rare site, so we feel quite privileged.

We’ll keep it safe from the cows until it has seeded.

The tadpoles are long hatched and over the last few days, we have had to tread carefully as there are baby frogs are everywhere.  Makes cutting the grass a worrying task!

Sadly, we don’t seem to have the sand martins this year.  There is some evidence of tunneling, but no sign of nests yet.  Also, the house martins have chosen not to build their nest on our house this year.  Oh well!  Maybe next year.

We also caught a quick glimpse of a lizard on one of our stone dykes.  First time I’ve ever seen one in Scotland.

The bats are regular visitors.  I have only seen Pipistrelles flying round the house and garden.  I really ought to blow the dust off the bat detector and head down to the loch to see if there are any other species of bat flying around.

Thankfully, there has been no sign of the badger returning.  We like badgers, but not when they’re in the hen house!