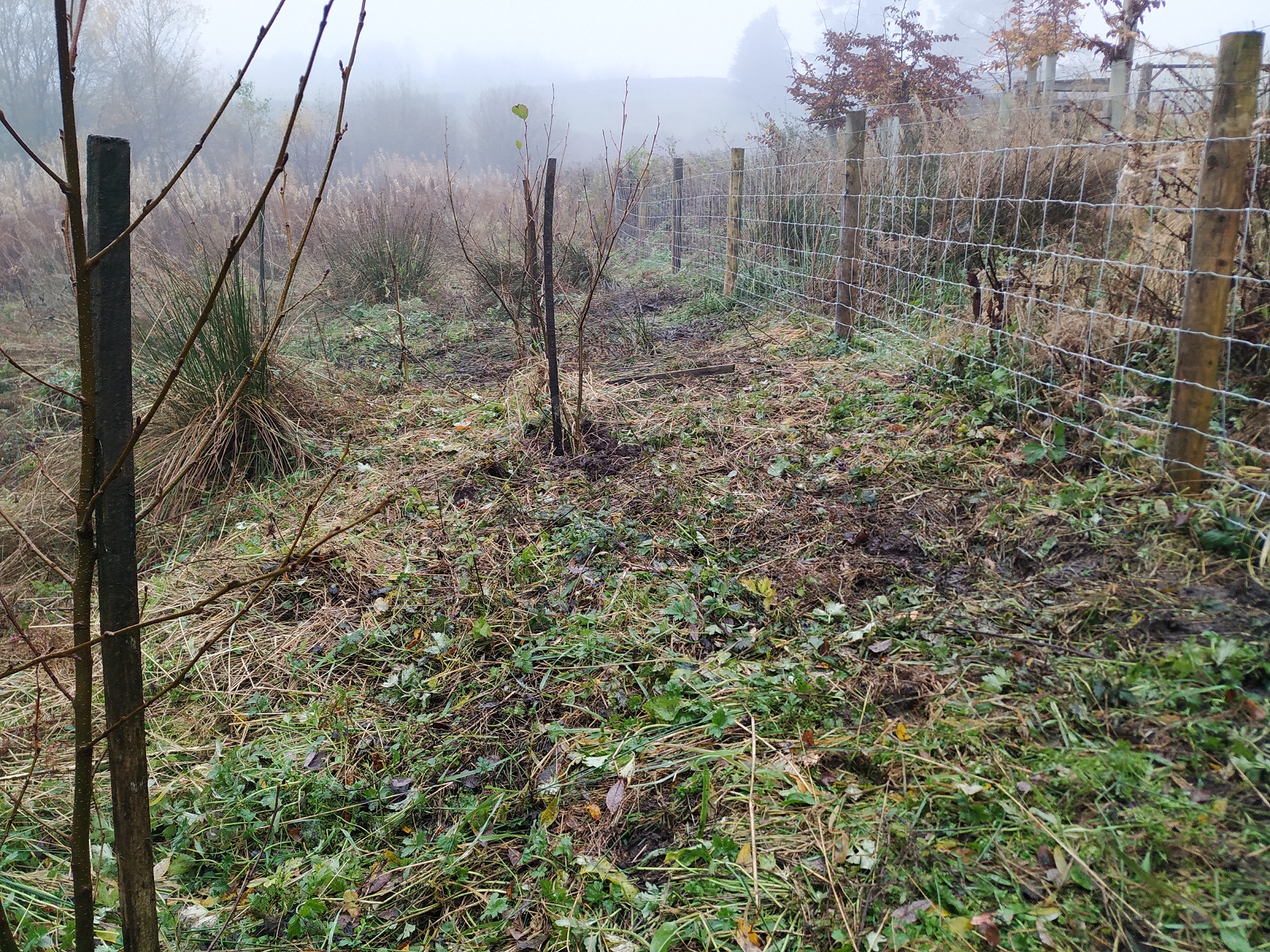 As autumn turns into winter and the harvest is complete, our focus turns to winter jobs. These are mostly maintenance to the walls and fences. There are a number of gaps where previous owners have taken down stone dykes for one reason or another and they look kind of wrong, for want of a better term.

I like doing these kind of outdoor jobs in the winter because there are no midges. First stop was a gap between a stone dyke and a gate. at around 10m, it was too long to put in a stone dyke mainly because there were not enough stones lying around. We decided on a combination of hedge and fence. Some extra hawthorns were added to a pending tree order (we plant trees most winters too) and I got to work putting in the fence. For once this was easy. The ground was soft and the posts went in with just a few taps. No underground rocks lay in wait. Further, at one end a fence already existed so there was a large, strong post already in place.

After the fence was in, I added some trees. There are a lot of self seeding willow and hazel trees growing in inappropriate places, so I dug about 20 of these out and planted them in their new home. Once the hawthorns arrive, I’ll add the hedge and also plant up the surrounding area with a small mixed woodland.