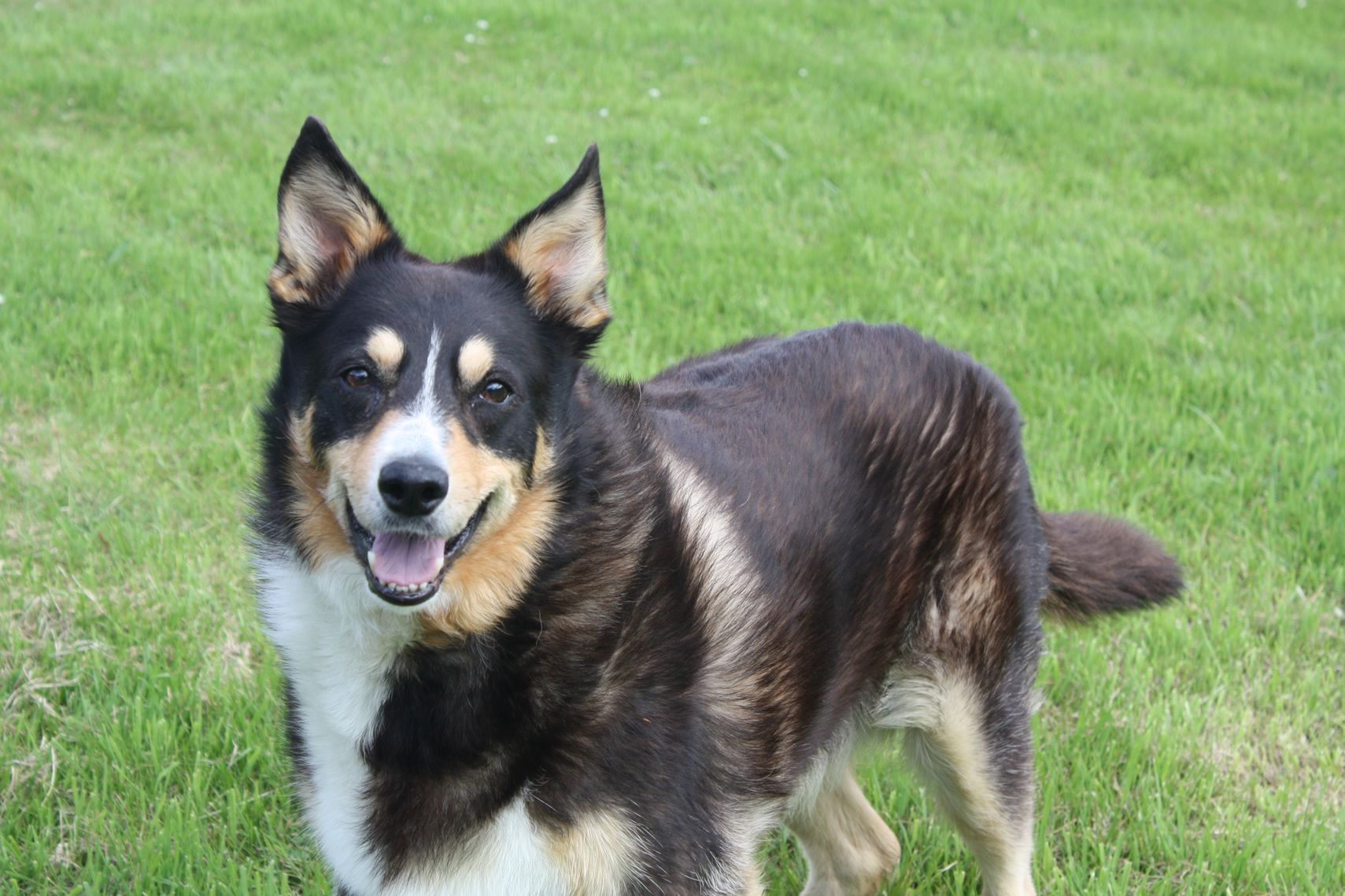 We have two dogs here, George and Haribo and both have a number of pet names. For example, George is often called “G” and Haribo “H”. Haribo also gets called “Bot”. This is a shortened version of “Haribot” which was spawned during the period Britain had the “maybot” as prime minister.

Anyway, recently, Haribo(t) has taken to leaving us presents in the night. These are not pleasant presents, in fact they are night time poos. These have been coming in various sizes, textures and smells, all spread across a wide area (as collies like to do) and all of which are not a lot of fun to clean up. Not every night, but pretty much one night in two. As you can imagine, we didn’t take photos.

We tried the most likely approaches of which, top of the list, was a good worming. A good wormer was procured from the vet but it only seemed to help for a week or so. We wormed him again with much the same result. The night time poos continued to adorn the morning living room floor.

We switched both dogs’ meals so that they got their large meal in the morning and a snack in the evening. Still the poos came. We were scratching our heads. Haribo is only eight so it shouldn’t be an age related issue.

Finally, the penny dropped. Haribo had become quite overweight a while back and so his food was reduced. While doing wonders for his shape and fitness, his tummy is still in denial. As such, Haribo has honed his scavenging skills. Now, we knew he had a pretty stronge urge to eat poo. He likes sheep poo the best, but any poo will do. Because of this, we had been keeping an eye on him. However, like most dogs, he knows exactly when he’s not being watched. As soon as he thinks the coast is clear, he’ll scavenge a bit of poo. Leave him in a down, turn your back, wait a few seconds and turn back and he’ll still be in a down. However, it won’t be where you left him. He’ll have shuffled over a bit, scoffed a quick poo and will be lying there licking his lips with a “butter wouldn’t melt” expression.

So, we tried an experiment – we put him on a lead. That might sound like no big deal but normally the dogs get to roam freely when we walk through our fields. Not that freely, truth be told, as Haribo’s partner in crime, George, also has a bit of a scavenging habit, but that’s another story. Anyway, by keeping Haribo close, we have managed to block his poo eating efforts. And it has worked, we are now getting up in the morning to a clean living room floor. Bliss! Also, Haribo likes being on the lead. Well, he’s a collie and they like being given something to do even if it’s just an instruction to walk next to you.

The whole episode has spawned a new musical ditty, often to be heard being sung around the house – “no shitee in the nightee”