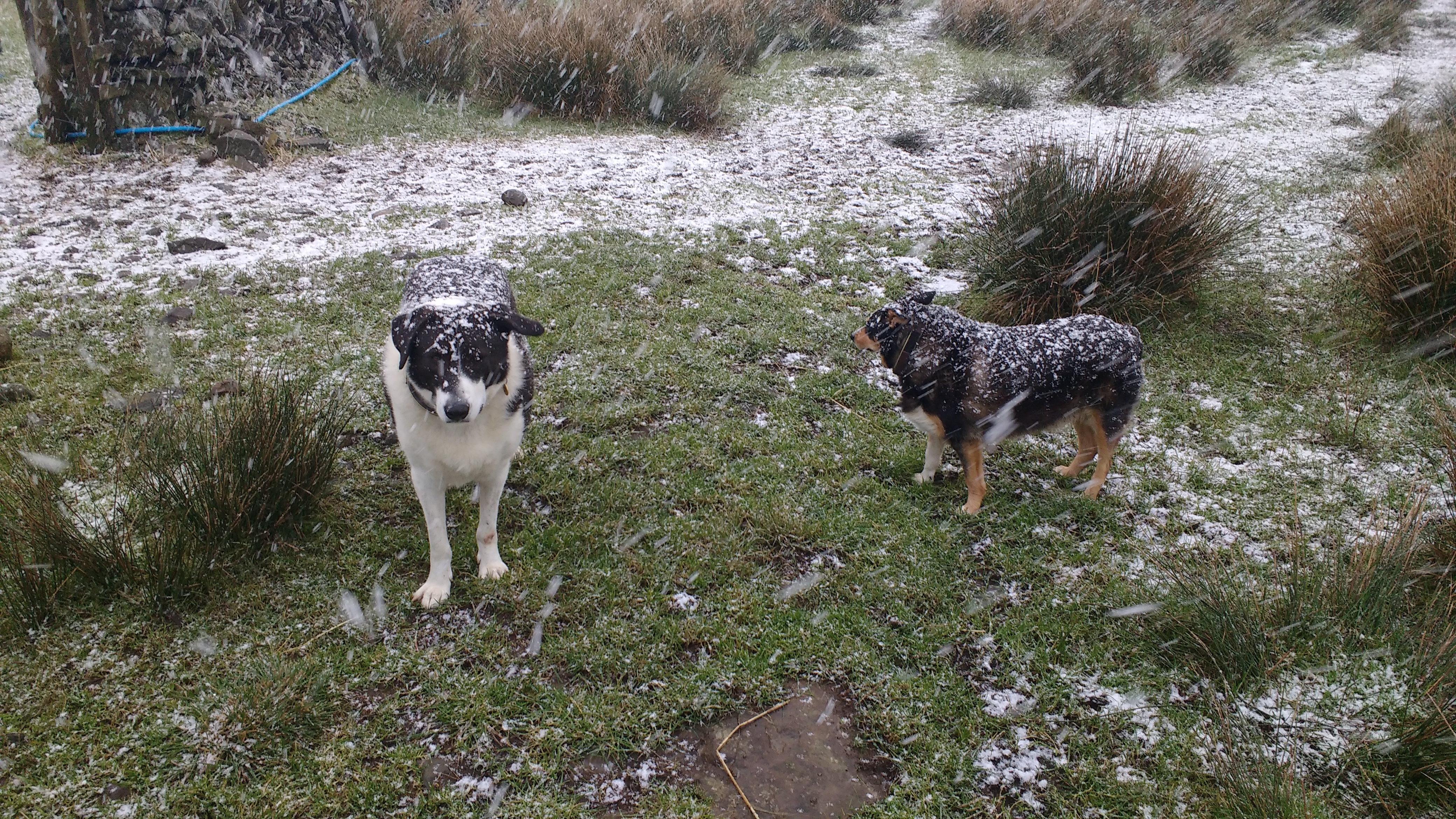 This winter has been almost balmy by comparison. Some days even felt like spring. Still a bit of mud, can’t really avoid it in winter, but not as bad as we’ve known. But it is so much easier walking around on frozen rather then muddy ground.

Still, this week the snow finally arrived. Not much, but enough to make a fine coating everywhere. Not quite winter wonderland, but quite scenic nonetheless. We get some quite spectacular mornings.

It reminds me of the old rhyme

However, sunrises such as the one in the photo don’t seem to be the harbinger of bad weather here, thankfully.

The dogs love the cold weather, except when they’re having their photo taken. But walking round, they are playful and have a great time rolling in the snow.

The sheep, well I think they just put up with it. That said, they are still out and about foraging even when the snow is pouring out of the sky.

And, this morning apparently, they got into quite a playful mood when Nicole was over photographing them. She took the picture below which is pretty good I must say.