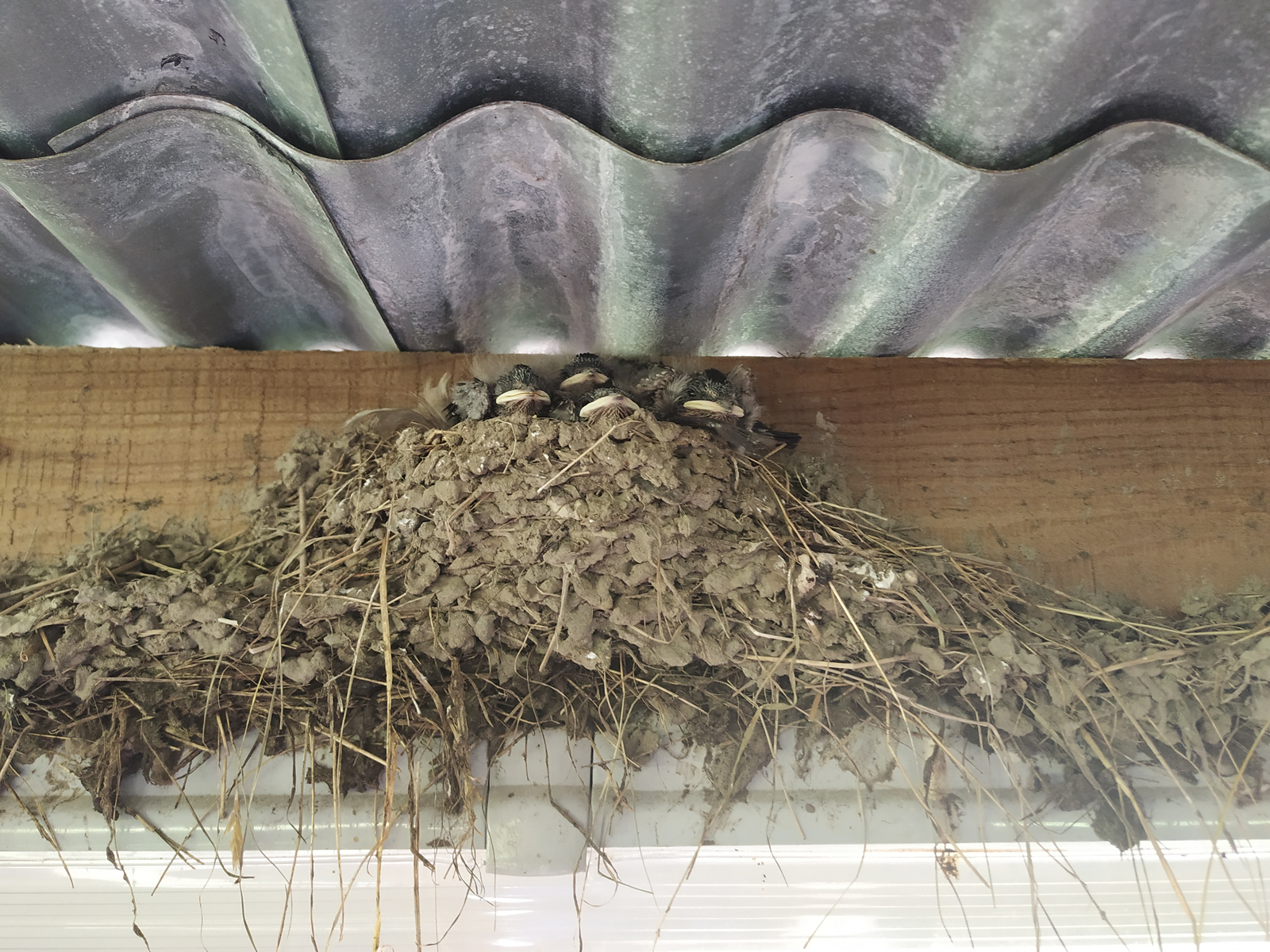 We are lucky to have swallows and housemartins as regular visitors.  The swallows nest in various sheds and the housemartins on the house under the guttering.  They are not the only birds nesting here, there are nests all over the place.  We have left a lot of areas covered in scrub and brambles and these make excellent nesting areas.  In the last few weeks, we have watched fledgling sparrows and blackbirds hopping around on the grass to the front of the house.

The swallows like to nest in three of our sheds.  In two of them, the roofs are quite low and you could easily reach up and touch the nests.  They seem quite tolerant of us humans.  The nest in the picture on the right is attached to one of the strip lights in the lambing shed.  We think this could be a second brood because, in other nests, the chicks have long since fledged and flown off.

We also have some enterprising wrens.  They have taken to moving into unused swallow nests and making their own version of home improvements.  This means packing in lots of moss and making a small tunnel for an entrance.  The one in the picture to the left is the other side of the beam from the above mentioned swallow nest.

This is not the only swallow nest that has been taken over, there are also wren nests in the other sheds perched on top of old swallow nests.  Well done wrens, very clever indeed.