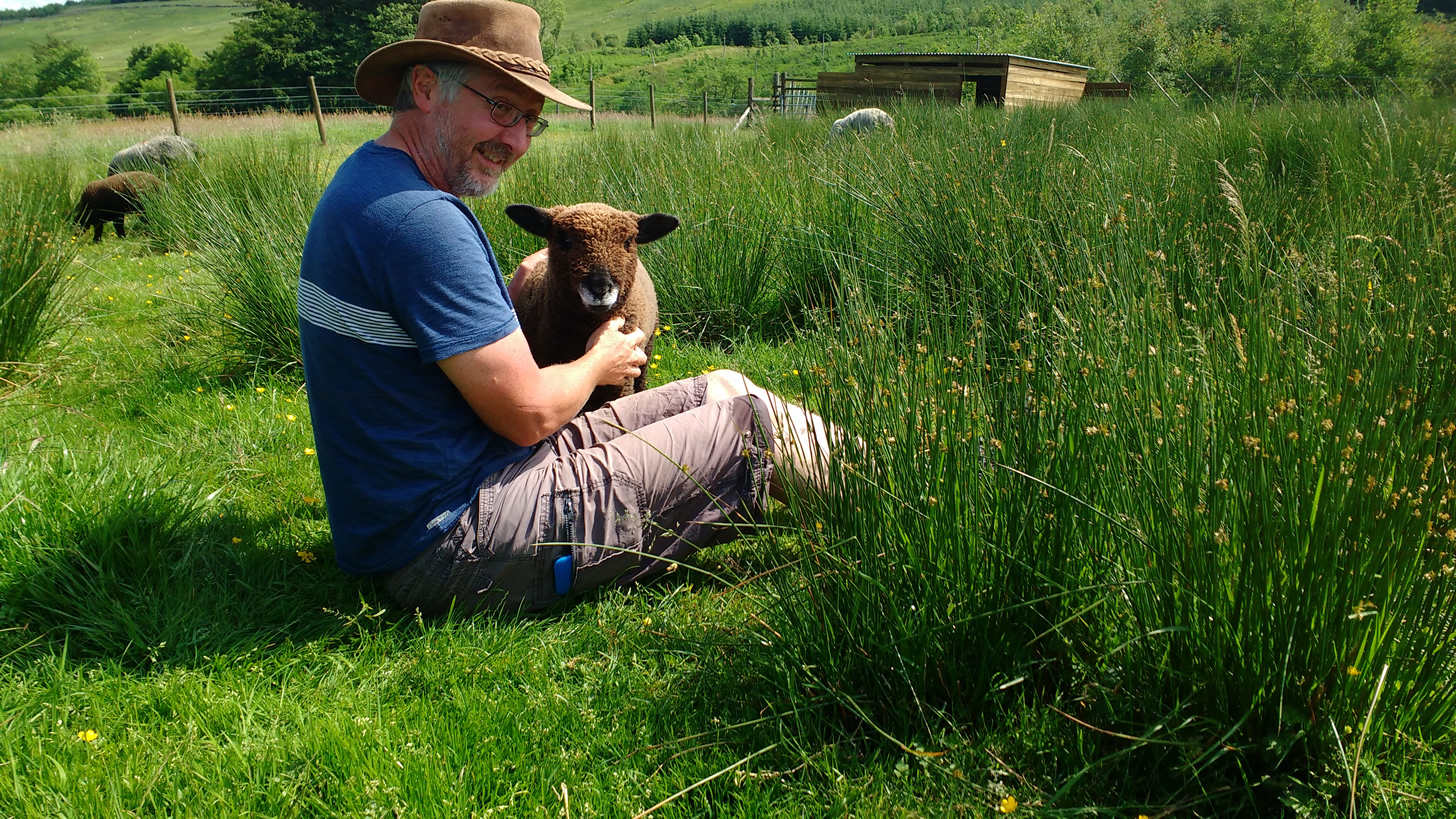 It has, as ever, been a busy spring.  On top of moving here in March, we have expanded our animals to include pigs, more sheep and we been through lambing .  And along with this, we have our day jobs plus carrying out repairs to the new house, unpacking and arranging for new bathrooms.

The sheep needed two main jobs, automated water and a shelter.  While there are many streams and springs, in the dry weather they dry up so we need to have troughs of water in each of our fields.  During dry spells, this has meant transporting 20l water carriers daily across to keep them replenished.  Thank goodness for the quad bike.  In the meantime, we have purchased a water tank, troughs and much plastic pipe.  The plan is to bury the tank near the top of the hill where a natural spring emerges.  All the troughs will be plumbed in and filled with natural spring water all powered by gravity.  We’re just waiting on a date for the man with a digger to come and dig a big hole for it.

For the shelter, we chose a central location that can be reached from most of our fields.  I ordered the bits needed to build one only to realise, when they were delivered, that it would be too small.  So, another order later, I moved all the wood and corrugated iron up to where it was needed.  At this point, the sheep were not impressed – they don’t like to see humans carrying things!

Next, it was time to build it.  On a pleasant weekend in May, I got started.  I had designed it with the support posts sunk into the ground to keep it in place in windy weather.  So, time to dig a few more holes.

And two days later, it was ready.  Fortunately, the weather had proved not to be midge friendly, so that helped a lot.

And the sheep were now suitably impressed.  They like their shelter.  The lambs especially so.  You can see the finished shed in the picture at the top.

Meanwhile, the pigs have been going from strength to strength.  They grow really quickly and have turned into quite large animals in a matter of weeks  And this despite our scales being wrong and causing us to underfeed them for a bit.  Amazingly, they have not trashed their entire pen.  Perhaps it’s because they are quite large.  Perhaps it’s because the Kune Kunes are more grazers than diggers.  Or, perhaps, they like gardening.  At one point it seemed like they had a nice area of lawn, a flower bed full of blooms and a digging area.  Since the recent rain, however, the digging are has expanded.  We may get next year’s potato planting area yet.

Hay cutting will be upon us shortly but the hay shed is still under construction.  I need to order some smaller planks as I can’t make it as deep as I’d hoped due to the hill behind it.  Seemed a shame to trim the planks to make them fit.  They are now earmarked for another project (see below).

And now we have decided to change our minds and lamb next year.  So a whole lambing complex with decent shed and paddock in front of the house is on the drawing board.  It will be great having the shed close to the house and being able to keep an eye on the lambs through the kitchen window.  All I have to do now is build it!