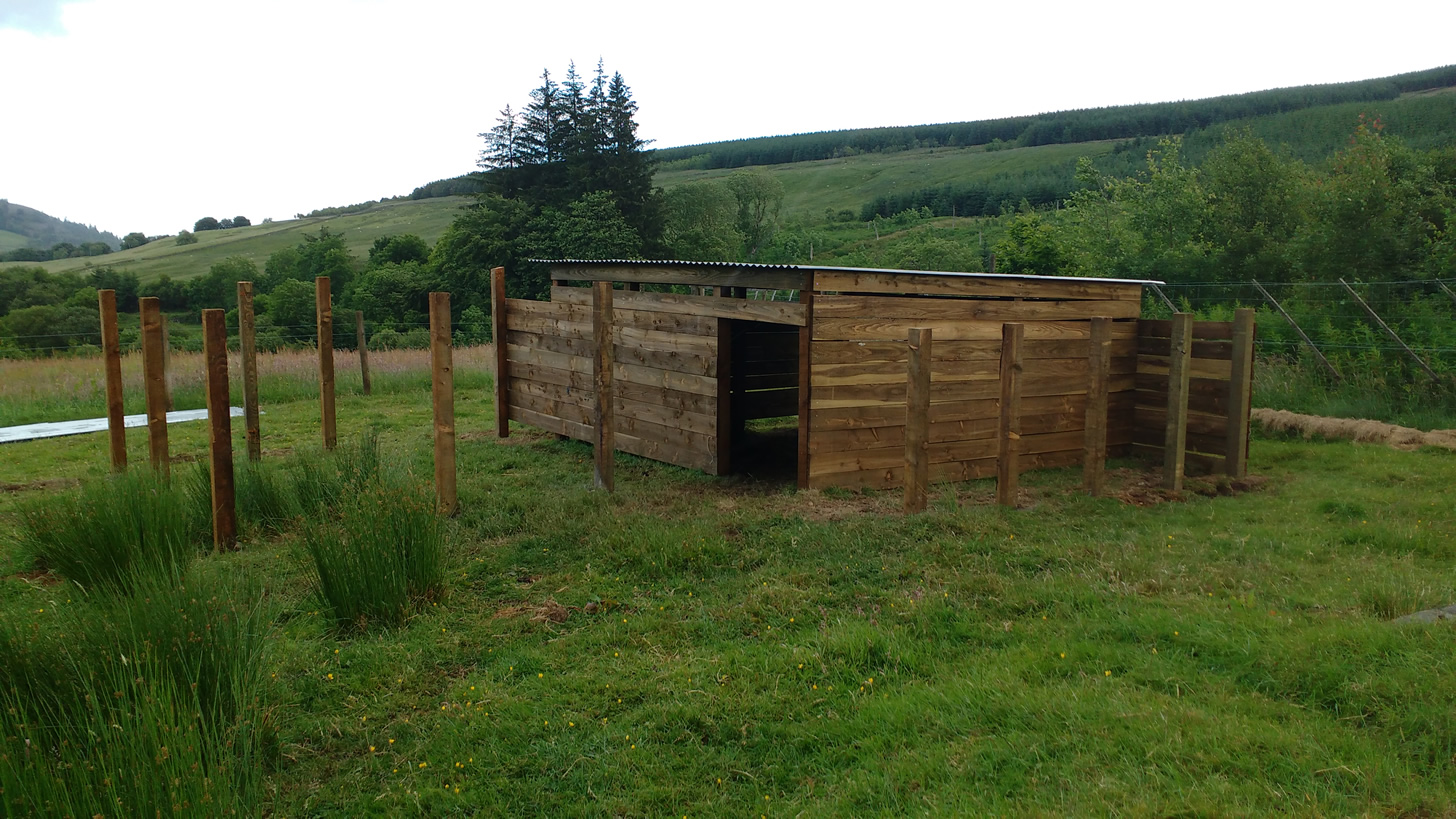 I wrote recently about how I built a shelter for our sheep.  I thought that at 16 square metres, this was ample space for our 16 sheep to get out of the rain or into the shade, or both.

But the sheep were having none of it.  They not only use it for rain and shade, but for sleeping in, for generally lazing around and chewing the cud and also, sometimes, escaping from midges.  And they do like to have a bit of space.

“And while you’re at it”, they added, “can we have a hay store too?  We know what you humans are like, a bit of snow and sleet and moving hay can be a real pain”.

The problem was, Nicole got to hear about this so there was no escape!

And so phase 2 began.  Over the weekend, I put in the support poles.  Now we just need to get all the planks moved up so I can build the walls.

Of course, it has occurred to me, and the sheep, that I have just put in 13 extra extremely tempting scratch poles.  Which wouldn’t be so bad, but I only had a limited supply of fast drying postcrete, the rest are using standard mix.  So far, only one has been knocked out of alignment.  So far…..