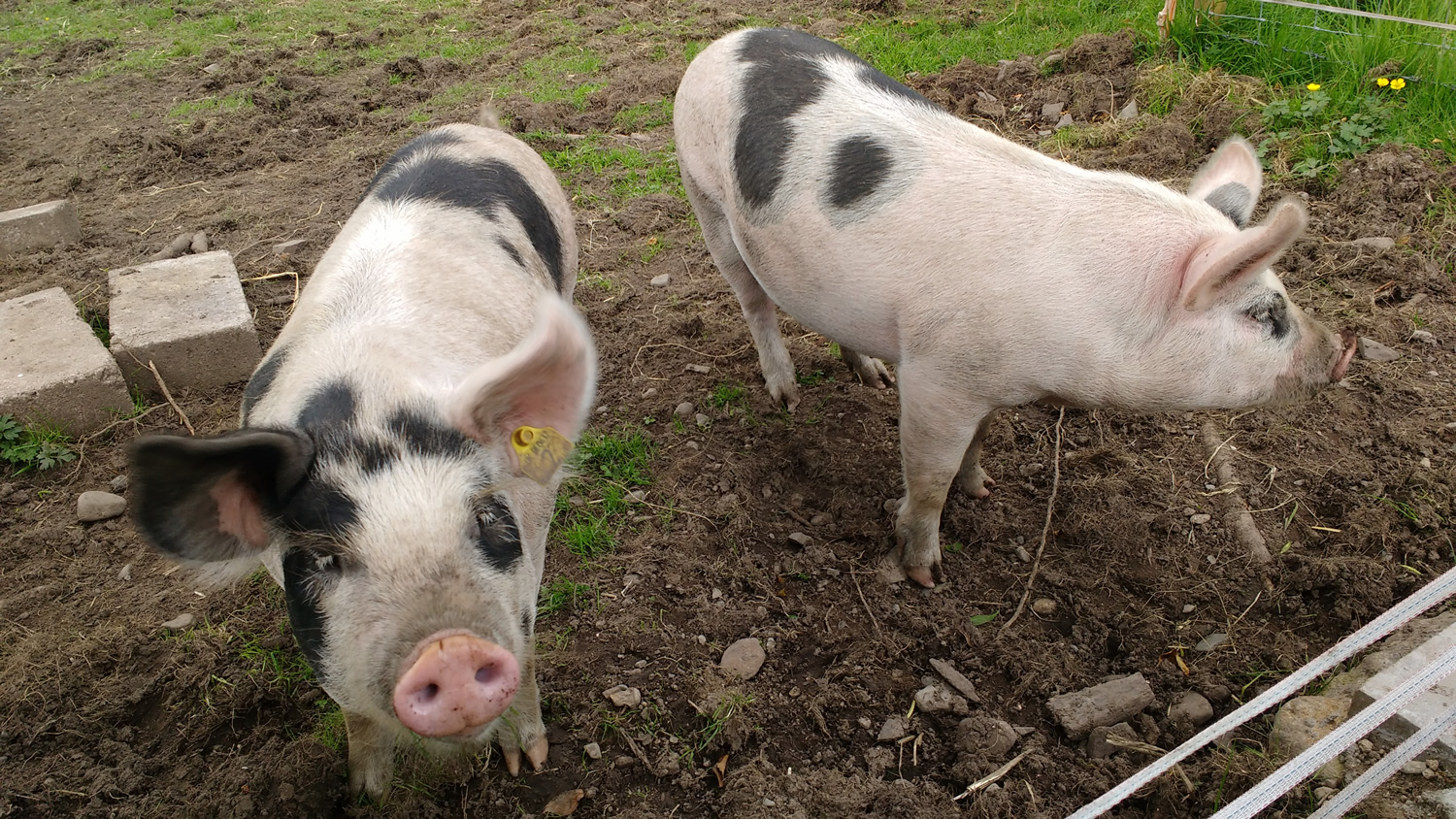 As we have found in this lifestyle, animal husbandry is the number one priority.  Animals are very bad at telling you they are not well till it’s almost too late.

Our sheep were sheared in June and Bluemli got a little nick above her eye.  We carefully sprayed it with iodine which would have been the end of it had she not then rubbed it (her eye) on the wall of the shearing shed.  Now the iodine was in her eye!  Next, her eye clouded over, then it swelled up.  We administered antibiotics and a painkiller.  But just as it seemed to be improving, it would get worse again.

As it happened, the vet had to come out for Sarka.  She has a heart problem and seemed to be having some sort of anxiety attack.  The vet administered three injections (antibiotic, painkiller and diuretic) which worked brilliantly, she even has a clean bottom now.  The vet took a look at Bluemli’s eye, told us we were doing the right thing and to carry on.  We did, bit no improvement.  So the vet popped out again and gave Bluemli an injection into her eyelid.  It was, unsurprisingly, hard keeping her still (we have since bought a contraption to help should we need to do that again).  Plus we upped the frequency of the antibiotics and painkiller and also administered an eye cream.  Poor old Bluemli, it was an injection a day, sometimes two.  She started avoiding me (as I was the one who held her still).  She we unaware it was actually Nicole giving her the jags (or jabs if you’re English).

However, it worked and her eye is almost back to normal.  We are delighted.

So why a photo of pigs above?  Well, just as we were tidying all the medicines away, we noticed one of our pigs was not eating.  The books were quite clear on this, if a pig is not eating, it’s not well.

So, on a wet Saturday evening after a particularly heavy downpour, we tried to corner her in the most muddy, slippy conditions you can imagine.  Eventually we managed it – it took three of us sneaking up with sheep hurdles and constructing a square around her.

Diagnosis, slight case of pneumonia.  In the middle of summer!  So, the vet gave her antibiotics and then told us she’d need a five day course.  He also added he was impressed with our setup and that the pigs seemed very healthy and happy (the pneumonia notwithstanding).  That was music to our ears as it’s our first time keeping pigs.

So, today we injected a pig for the first time.  Same basic principle, except for the noise.  Boy oh boy do pigs squeal when you corner them.  But, we managed it (me holding and Nicole injecting) and already she is perking up.  And she’s getting a few extra treats from Nicole, Blackcurrants plucked straight from a nearby bush proving particularly popular.