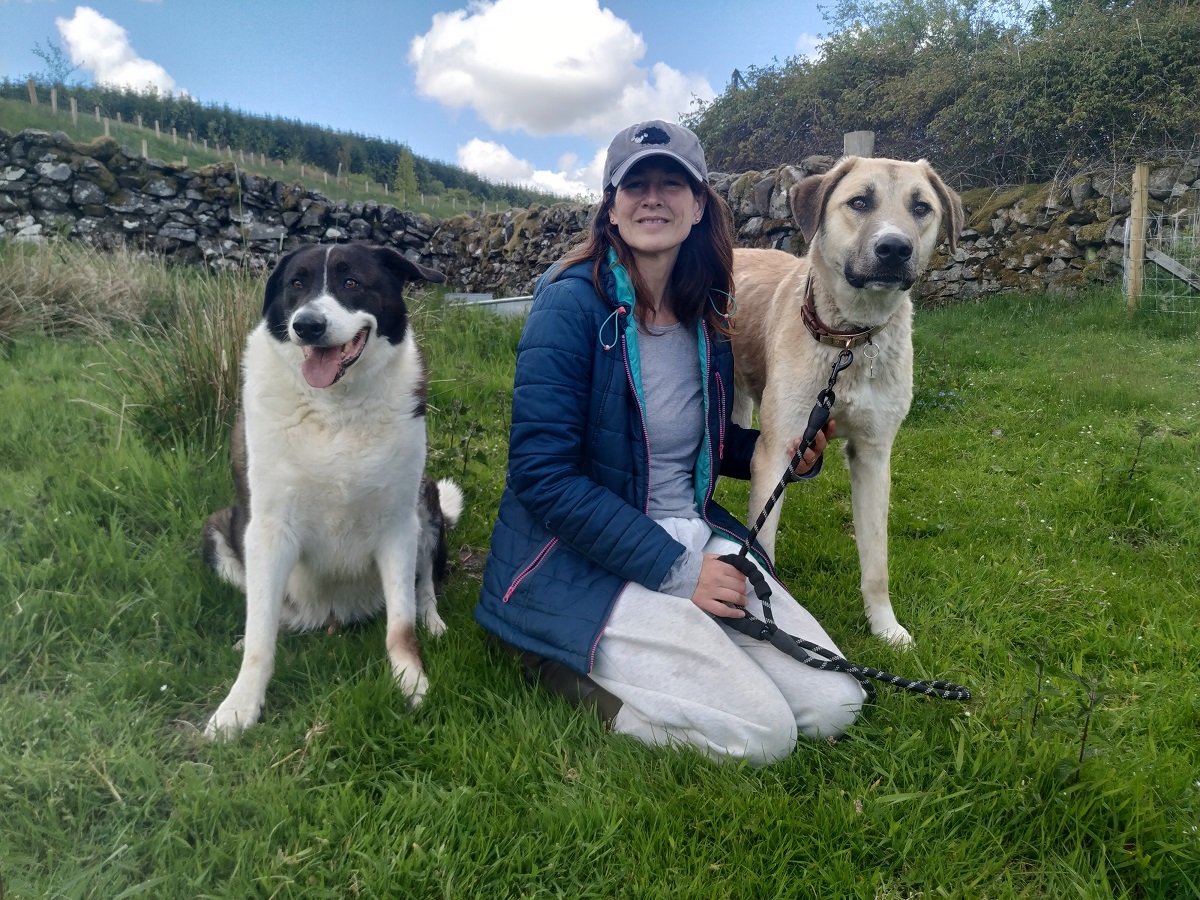 Just over a year ago, we lost Haribo, our collie, to diabetes. This left George as the only canine in the house. While it was tempting to rush out and find him a new friend, we held back. It sounds like a good idea but is, in reality, a double whammy. Dogs are affected by change more than death. Becoming a solo dog was a significant change for George given he’s always had other dogs around. But introducing a second dog  would be further change and would likely cause even more stress.

On top of that, we have come to really like the Anatolian Shepherd breed. They have gentle natures, are good with sheep, good with hens and make excellent guard dogs. They like nothing better than sitting on a hill keeping watch in all directions. The problem is, they are rare in the UK. You can source pure bred puppies, but we are not big fans of pure bred dogs as many come with underlying health issues. Ideally, we’d find another George, a mix of (predominantly) Anatolian and other breeds.

In November, we found Animal Friends of Turkey (AFOT). They are a charity rescuing dogs that face uncertain, or should I say dire futures. We scrolled through the dogs looking for new homes and found a number of Anatolian Shepherds. We wanted to take them all, but realism prevailed and we decided to try and adopt Elliot.

We contacted AFOT and they proved very helpful and approachable. We went through the usual checks and Elliot was reserved for us. It took a while, paperwork and all that, but finally, Elliot set forth for the UK accompanied by 10 other dogs on 24th May this year. That was on the Tuesday. He arrived here on Sunday morning after an astonishing drive from southern Turkey. His first act, after a short walk to introduce him to George was to lay a large poo in George’s bed.

As you might expect, he was a little stressed from all the change, but in true doggie style, he hid it well. George was quite keen to make friends, but Elliot barely gave him a glance. He did, however, show much wariness towards me. This is not unusual, most dogs that have experienced abuse have experienced it from men. It did not take me long to win him over, helped by my giving him his breakfast.

Over the day, Elliot visibly relaxed. He had the odd moment, howling like a wolf to try and rally his now distant pack. But all in all, he settled in very quickly. He is also very intelligent, picking up some of our guidance with only one or two prompts. We took him out for a longer walk in the afternoon and made a start on recall training, a treat given for taking a single step towards us.

At one point, we passed near the sheep. They were somewhat nonplussed at seeing an unknown predator and gathered into a tight bunch before heading over to investigate. We calmly walked Elliot away. He turned to look at the onrushing stampede, tucked into a nearby blade of grass before continuing unperturbed. Formal sheep introductions have yet to take place (best not to do too much at once), but we are confident they will go well.

Nicole decided to stay downstairs overnight and set up the futon in the living room. It turned out to be excellent forethought as Elliot had a panic attack in the middle of the night. He’d probably woken up and wondered where he was, everything being unfamiliar. Nicole was on hand and her calming influence meant it soon passed.

Today, Elliot has been a revelation. We have set aside a paddock for him to run in and we took him there first thing this morning. The sheep were in the paddock next door and they gathered to inspect him through the gate. They were a little nervous, but as before, Elliot showed no threat and, after a short exchange of glances. I led him away.

By now, Elliot had acknowledged George, but George was playing hard to get. We took them to the paddock to see if they would play. It would be Elliot’s first time off the lead since he got here.

First off, Elliot, when called would coming loping over to us, something George has not mastered in his nine years with us. It was a heart-warming experience. However, surrounded by new smells and experiences, Elliot showed little inclination to play despite our best efforts to mimic play bowing. But all of a sudden, he was off, charging round the paddock like a greyhound. He has incredibly long legs. In a flash, George joined in and they bounded around together. They also took turns to lie on their backs in play mode, legs moving as if they were riding an upside down bike, a real sign of mutual trust.

Elliot is going to be a great addition to our household.