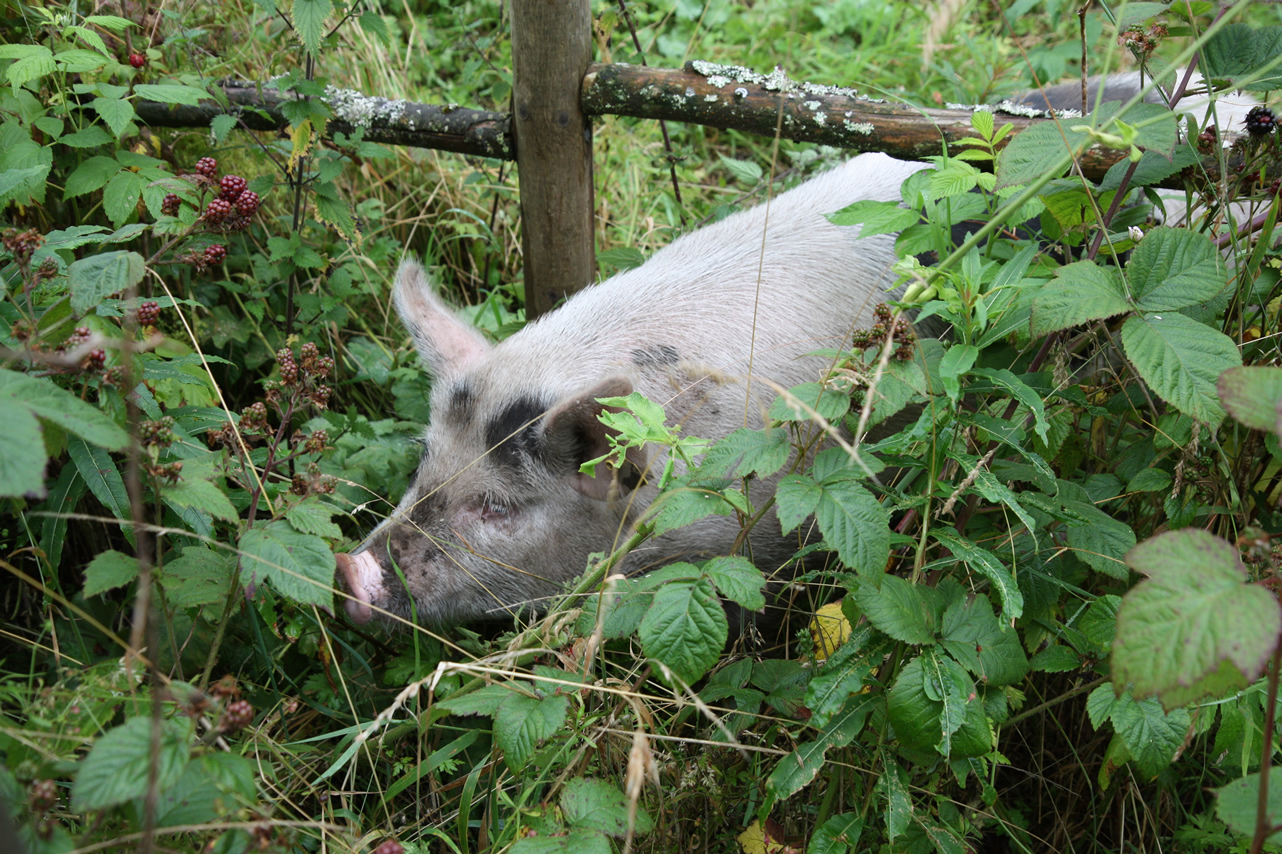 Truth be told, it has not been the best summer I can remember.  We are still counting our blessings that we got the hay in when we did as sunny days have been conspicuous by their absence.  And recently, there has been quite a lot of heavy rain.  So the ground stays wet.

Now, our pigs have a decent sized run but with all the rain, it has turned into what can best be described as liquid mud.  It’s up to their knees and almost impossible to walk in.  It’s the sort of mud that pulls your wellies off and won’t give them back.

Pigs may like mud, but even they seemed to be struggling a bit in this quagmire.

So, we gave it some thought.  Our original plan was to have two runs side by side as it’s not a good idea to put pigs onto the same ground two years running.  But recently, we decided it would be easier on us to keep pigs only every second year.

So, we decided on an extension.  Over the weekend I put in new fence posts.  We had to wait for the concrete to dry on the big ones, but this morning I added the fencing and it was time for the opening ceremony.  I cut a doorway from the existing run into the extension.  Of course, the pigs having spent all morning watching my every move, were now focused elsewhere!  So, we got some lettuce and tempted them over.

They were straight through and it was clear they were really happy.  This patch had just been left so it was tall grasses, weeds, berry bushes and shrubs.  Pig heaven.  Making their happy grunting noises, they explored this new area.  The ripe blackberries soon disappeared.  As did the cow parsley which seems to be a particular favourite.

And it was a bonus not having to wade through all that mud.

We gave them lunch as normal but they ignored that.  By mid afternoon, they were worn out and had retired to the pig arc for a well earned nap.

There’s something special about seeing happy animals.  I expect they’ll be up bright and early tomorrow for more foraging.

Mind you, there is something about pigs and mud, they do seem fascinated by it….