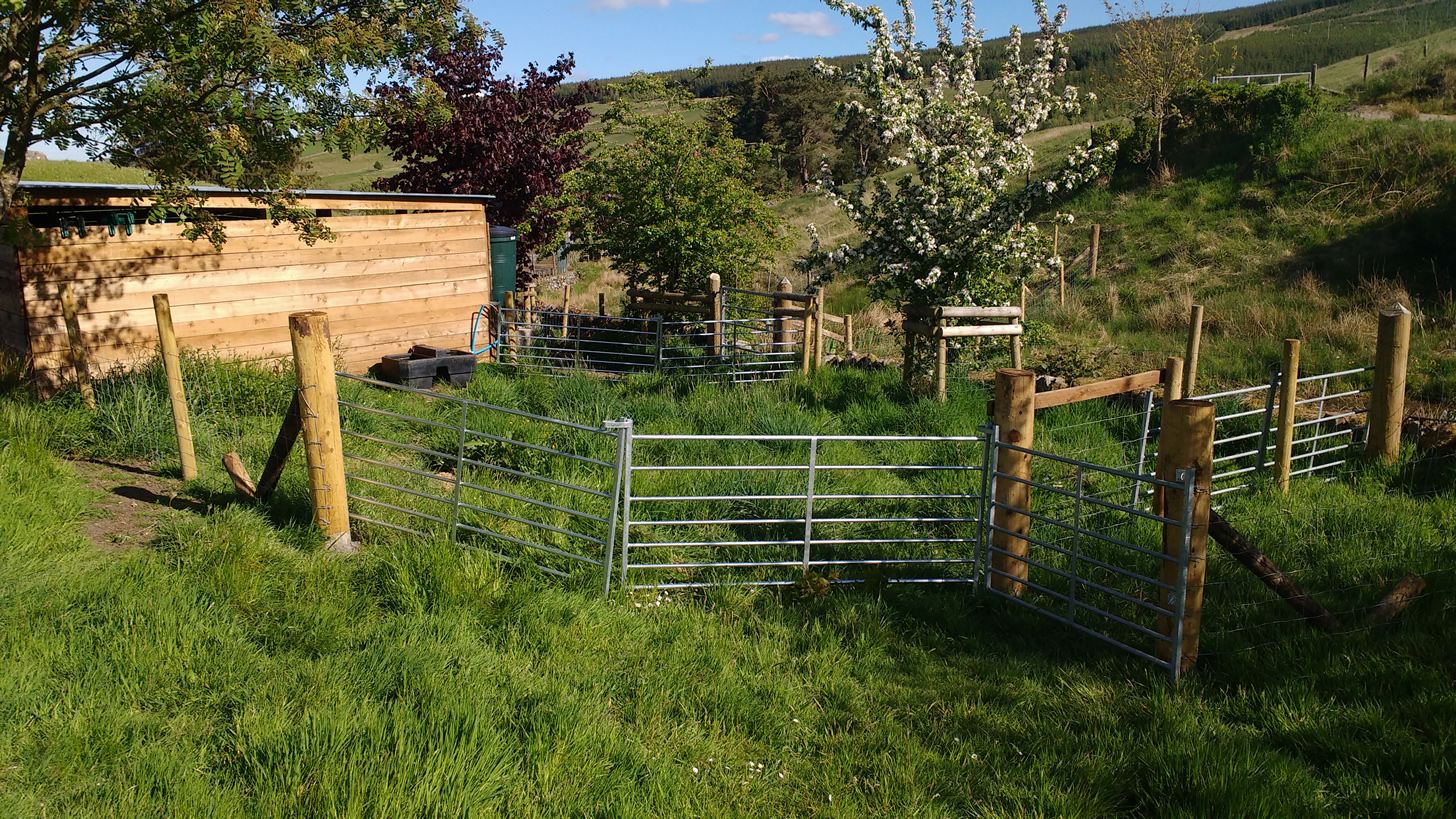 Shearing time is nearly upon us.  Last year, we were slightly embarrassed at not being as ready as we thought.  In previous years, the shearer had turned up with some shears and we had found ourselves trying to root out a large piece of sheet wood for them to shear on.  We thought we were ready last year as we had built the lambing shed with power and also had ready an 8x4ft sheet of plywood.

But last year, the shearers turned up with a fully equipped shearing station on a trailer.  We hadn’t penned the sheep up as we were expecting a gentle progression, but with two of them shearing away, they rattled through them so fast we had trouble getting the sheep to them fast enough.

We also have a general issue when it comes to vaccinations – we have plenty of hurdles and can set up temporary pens, but we really needed something a bit more robust.  Preferably, it should be made of stock fence as that might help avoid injuries such what happened to Ymogen earlier this year (Ymogen’s story).

So, our new handling area was born.  It combines the lambing shed with three pens.  It’s important to have the shed involved as sheep must be sheared dry.  If there’s a chance of rain the night before shearing, we can now keep the sheep dry in the shed.  I’ve also installed a water trough in there fed from the water butt, so they’d have plenty to drink if confined to the shed.

The smallest of the pens is where we can treat individual sheep.  There’s enough room for two of us and a sheep to move around plus a wooden bar for hanging buckets on (keeping nuts and medication out of range of prying mouths).

The remaining area is split into two, using hurdles as gates, so it can be one large pen or two smaller pens.  Using hurdles means we can also pack them away when not in use so the area doesn’t look cluttered.

One other job was protecting the fruit trees.  Last time the sheep were in here, the temptation was just too much and a few trees had their bark nibbled.  So, each tree now has a little cage surrounding it.  Given each tree has 4 posts, that was a lot work knocking those in.  The multitude of subterranean rocks didn’t help, so some of the posts are not quite straight.  But the main thing is, the trees are safe now.

And we’re looking forward to shearing next month when we should be well prepared.