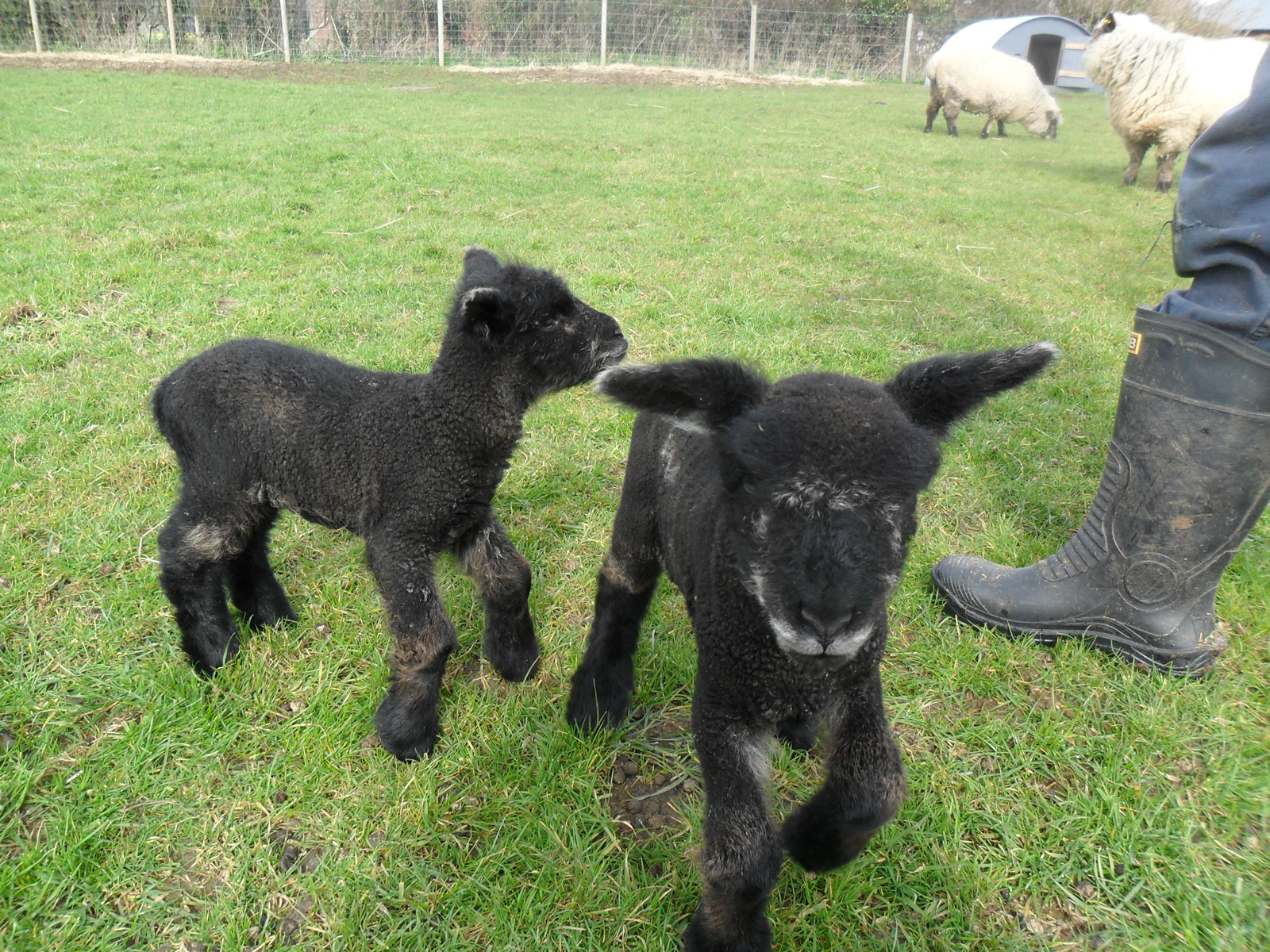 We have been on lamb alert for almost two weeks now.  We started 4 hourly checks  a week before we thought the first ones were due.  They finally arrived 6 days after the due date, on Thursday evening.  It was, however, not plain sailing.

In our first year of lambing, we have done everything we can to learn as much as we can about what we need to do.  Nicole has researched all the ins and outs and prepared laminated sheets and instructions.  We have both been out making sure everything was ready, lambing shed, pasture, emergency heating box and so on.  I only just finished the emergency heating box Thursday afternoon.

Later that Thursday, as I headed out to one of my Maths students, Scarlett’s waters broke.  Nicole had it all under control, so I headed off, after all I was only away for an hour or so.  When I got back, nothing had happened and the vet had been called.

It turned out that Scarlett had a very tight cervix and this was stopping the lambs from coming.  The vet duly delivered both lambs, but in the process, the whole bonding process was shattered.  And so, Scarlett would not accept her lambs.  The vet just shrugged and disappeared, but we kept watch.  An hour later with the lambs not getting any feed and just being pushed away, we tried to help.  We managed to get both to suckle for a short period, but Scarlett just would not accept them.

We took them indoors, made some emergency colostrum and bottle fed them.  We felt it was too risky to leave them with Scarlett, there was every chance she might accidentally crush them.  So we set up a pen in the living room, found a comfy quilt, turned on the under floor heating and set our alarm clocks for 2 hour intervals.  I was on 11pm, 1am and 5am bottle feeding duty!

Well, today, still not yet 2 whole days old, the lambs are prospering.  We tried many times to repair their bond with Scarlett but in the end we have decided to hand rear them.  And we have both bonded with them rather strongly it should be said.  They are a little ewe and a little ram, called Lisa and Larry respectively.

Today we built them safe quarters in the lambing shed where we will put them in daylight hours – it will be good for them to be among the sheep.  We also took them for a walk in the paddock.  Like all living creatures, they love the outdoors and need to feel the sun on their backs.  We had a lovely time and they were already skipping about.

Then after the 5 o’clock feed, we all fell asleep on the couch, myself and Nicole each with a sleeping lamb on our chests.  It really is quite magical.