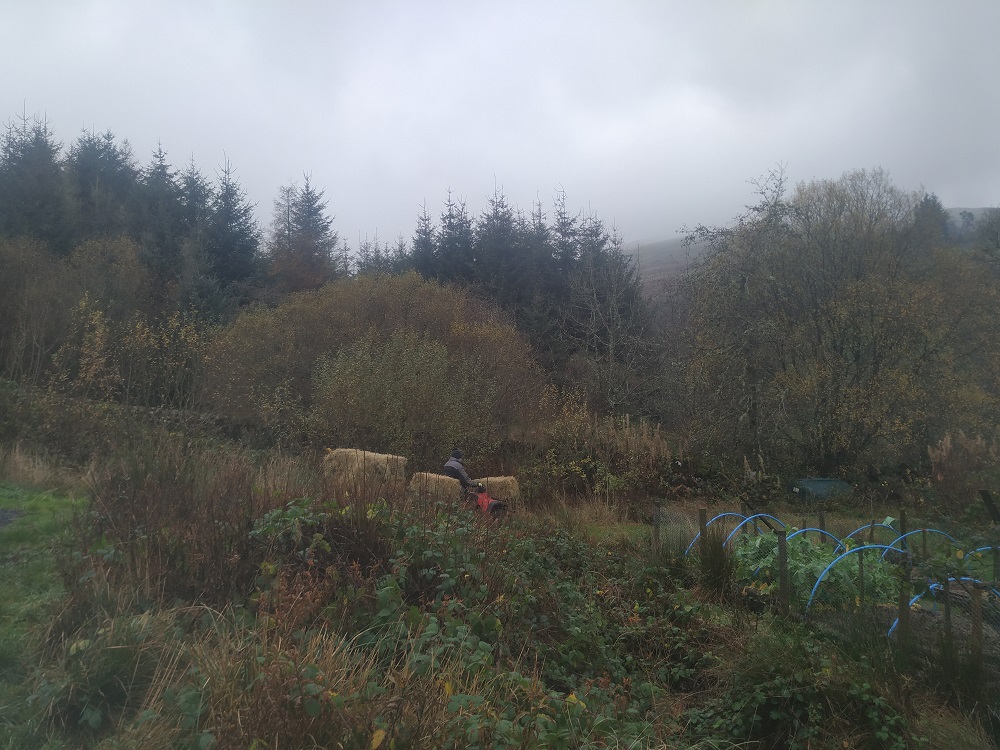 Every year, round about the beginning of November we start the “hay ceremony”.  In other words, giving the little darlings hay for the winter.  The sheep let us know when they’re ready for hay, towards the end of October they make a daily pilgrimage down to the orchard and hang around the feeders (usually when they know we’re around so they can make a point).  Sheep are clever and have their ways of communicating with us.  They do this ritual twice a day, once in the morning and once in the afternoon, just to make sure.  After hanging around and sniffing for a bit, they have a meeting and then off they go again to graze grass in the higher pastures.

Timing is important when it comes to hay, start the little fluffballs on it too soon and they take a few mouth-fulls and decide they’ll give the grass another chance.  This means hay is wasted because it stays in the feeders not being eaten and goes mouldy.  Start them on it too late and you have unhappy sheep.  Our sheep are lowland sheep so they need the extra forage during the winter, they wouldn’t survive without it, especially up here in Scotland.  Upland sheep and hill sheep on the other hand, (which you see a lot of around here) are much more thrifty and seemingly survive on next to nothing.

This year we started the hay ceremony last Saturday.  First of all we had to ferry bales from the big green shed down to the lambing shed in the orchard.  This started off badly because we discovered a flat tyre on our trailer.  An hour or so later after some descriptive language regarding the location of the pump, we were able to load up the trailer with hay bales and transport it down to the shed in the orchard.  After several journeys we had piled up enough hay bales to last a couple of weeks.  At the moment the sheep are on one bale a day but as winter sets in they’ll be up to two or three bales a day and then we’ll need to make more journeys.

Before that though, we’ll be heading down to the garage in the village for a new tyre for the trailer.