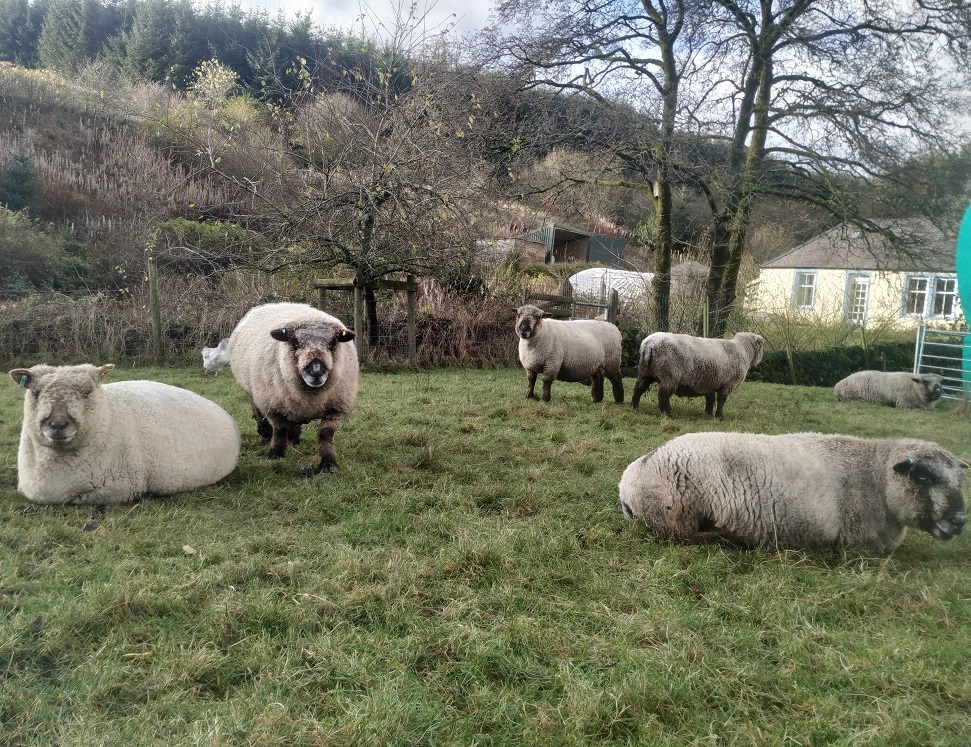 In the sheep world, Ryelands are often referred to as “teddy bear sheep”.  The reason for this, as you might have guessed, is their striking resemblance to roly poly teddy bears.  Most sheep have wool only on their backs, with their faces, tummies and legs remaining almost bare.  The Ryeland however has wool all over and can cause shearers to go a little pale.  It can be tricky to shear those woolly faces, tummies and legs and it takes longer too.

It’s a lot of work trimming all those faces and bottoms, (and not to mention hooves), so we rotate through the flock each week and work on three or four at a time.  Yesterday it was Yaar, Seline, Scarlett and Vera’s turn for hair cuts.

Adrian and I have got a little hair salon set up in the orchard, we put together some hurdles and bring the sheep in one at a time.  They seem to quite enjoy it and we have no trouble bringing them in.  It’s a good opportunity for us to catch up with the flock and spend quality time with our teddies.