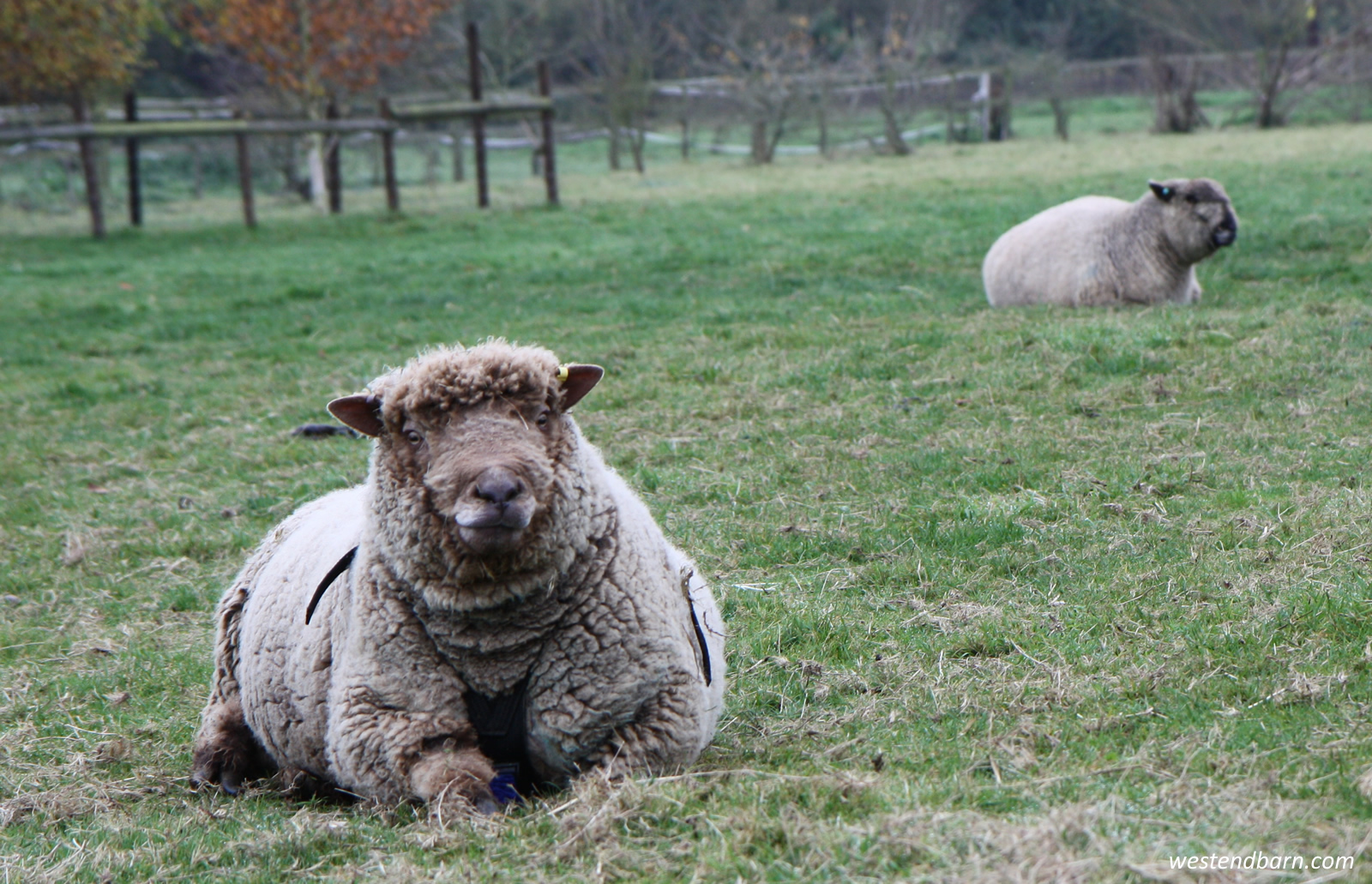 Ginger, the coloured ryeland ram we have borrowed, has been with us for three weeks now.  He was fitted with a raddle and yellow crayon so that we could see which ewes he has been with.  Once the yellow patch appeared on the back, we noted the name of the ewe and the date as this will tell us when she is likely to lamb.

I had read that the ewes can synchronise themselves so they come into season at roughly the same time.  Well, our ewes haven’t read that book and over the past three weeks, you couldn’t have spaced them out more unevenly.  And even now, we are not sure they have all come into season as four remain unmarked.  Mind you, yellow doesn’t stand out too well on dark brown wool.

Normally, ewes come into season every 17 days or so, so today we changed the crayon to a blue one.  Luckily, Ginger is a cool dude and likes being handled.  He’s also quite patient (unlike those born under the sign of the ram hehe). I don’t know if it was the new colour, the cooler weather or some other influence, but we got back from a dog walk to find one of the reluctant four had a lovely blue mark on her back.

Just three to go, the three youngest as it happens.  Maybe they are a bit wary given it’s their first time.  Or maybe Ginger just doesn’t fancy the slimmer ewe.  If anything, he still seems more interested in the grannies.

The trials and tribulations of tupping.

In the meantime, we did some thinking ahead and realised we might have more ewes than space for lambing.  We were going to use the stable and have been steadily decluttering it.  But it’s not that big.  So, the tractor shed now has a nice new concrete floor.  And boy, that was hard work.  Almost as hard as shearing :).

Thanks to Westcrete for mixing and delivering two tons of concrete, then it was up to me to level it.  I have only ever laid the base for a small shed, so this was a big ask.  And it was made harder by the fact that there are walls on three sides and our well in one corner so movement was restricted. And the well is our water supply so we couldn’t exactly concrete that over, hence the little wall I built round it round it first.

And of course, there’s a deadline as concrete sets, quickly!

But I got there and we are thrilled with our new lambing space.