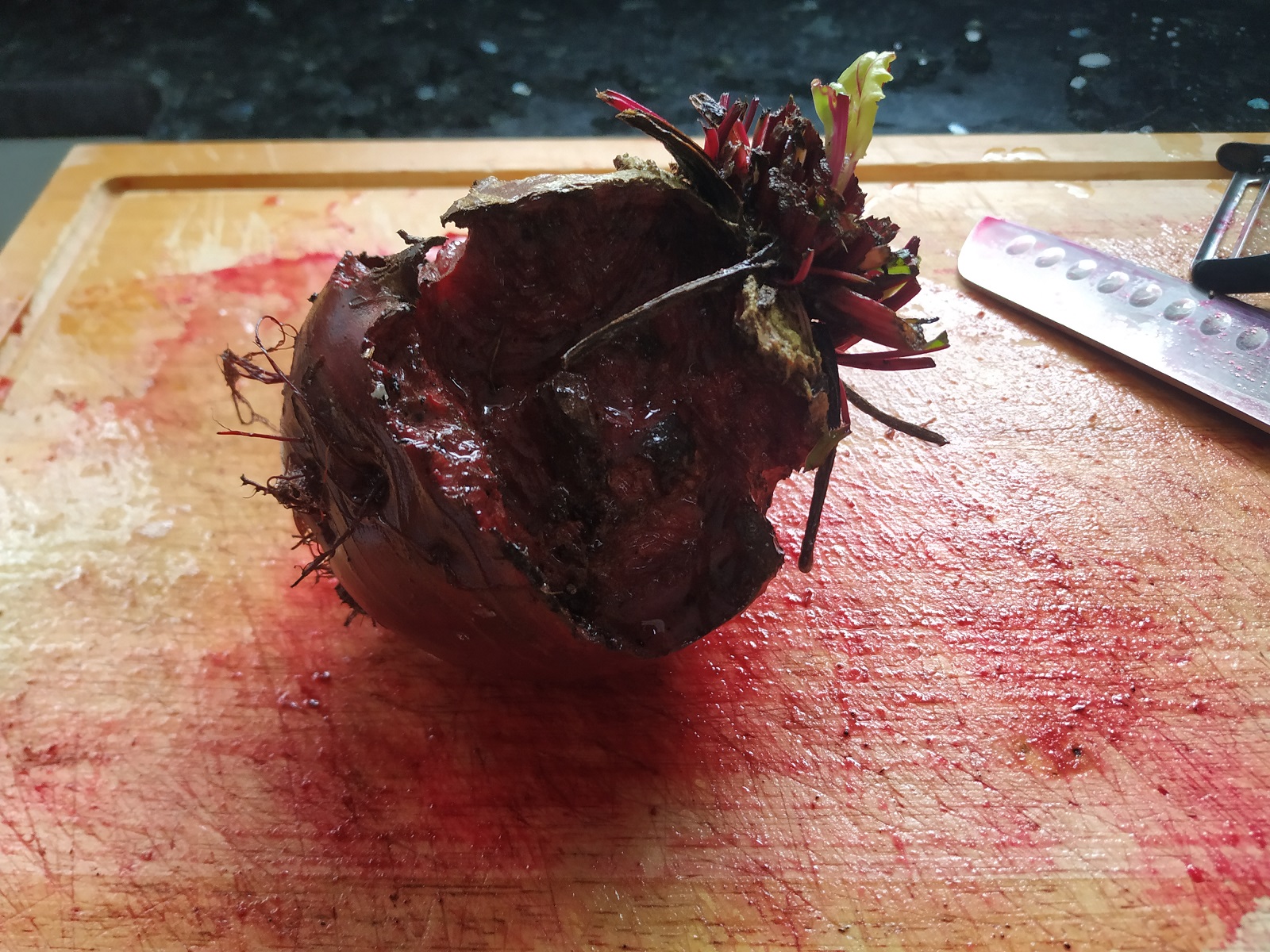 As we move into September, our thoughts turn to harvesting. Over the next few weeks, we’ll be collecting apples, tomatoes, carrots, cabbage and onions. We already have a nice crop of garlic drying in the kitchen.

Normally, we leave the root crops, mainly turnip (swede outside Scotland) and beetroot in the ground and harvest them as we need it. However, this year has been a battle with the veggie patch pests. On inspection, we found every beetroot had been nibbled, some almost to nothing. Slugs, mice or voles? Who knows. We had to act.

The weather was dry and warm so I spent the day gathering the beetroot into a box. The veggie patch was then covered in cardboard ready to be mulched. I did wonder whether the pesky beetroot nibblers would be out scratching their heads that evening.

We decided to turn some of it into soup and freeze the rest. That meant a lot of chopping. It also meant a lot of time spent chopping as each beetroot had been nibbled in different ways. Each had to be carefully trimmed. There were a lot of trimmings heading for the compost bin.

The first batch went into soup, as did the next three. That involved filling a baking tray, sprinkling the beetroot with oil, honey and pepper, and roasting it for half an hour. That was added to fried onions along with water, potoates, garlic and stock.

All in all, I must have made about 18 jugs of soup, around 15 litres or so. It’s very tasty indeed. Most of that is in the freezer ready for lunch on those cold winter days.

The rest was frozen. This was chopped and laid out on baking trays. Those were put in the freezer. Once it had frozen, it was scraped off with a fish slice and bagged up. Some advised that the pieces of beetroot should not touch. Too much effort I thought. The risk paid off and all the pieces separated quite happily.

Other perceived wisdom was to blanch it all. Well, I suspect whover suggested that didn’t have 8Kg of beetroot and had plenty of time on their hands. Ours went straight in the freezer. Most of it will end up in soup anyway.