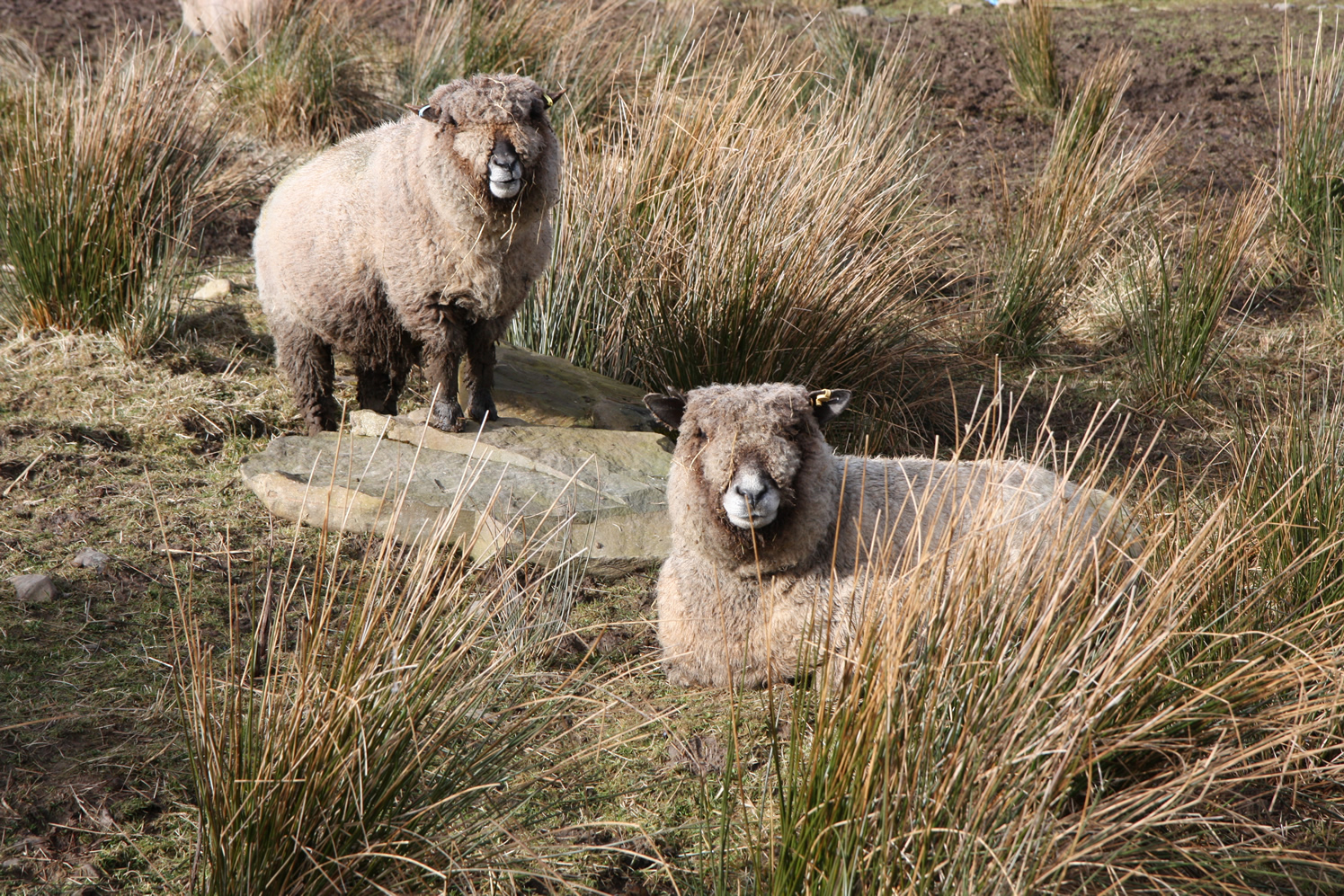 The last time I mentioned the sunshine and how welcome it was, within days the “Beast from the East” arrived bringing yet more snow and freezing conditions.  In a way, we were fortunate.  Living in the West, we were on the tail end of it so we only had a couple of inches of snow.  Nothing like January.  However, it did blow into some interesting drifts meaning only our landrovers could get in or out for a few days.

The downside was that, just as the animals were starting to find fresh grass, it all disappeared and we spent last Sunday panic buying haylage.  And, given the winter we’ve had, winter feed is scarce.

Anyway, today, the sun returned.  After yesterday’s heavy rain, it was a bit muddy again, but that didn’t seem to matter.  There’s something about a bit of spring sunshine that just makes everything a little bit easier.

The hens are happy.  Having spent much of the last few days, weeks even, sheltering from the elements, they were out and about in the sun.  And there have been no more badger sightings (phew!)

From nowhere, the pond is suddenly full of frogs all croaking away and breeding like, well, like frogs.  We’ve actually had to rescue a few who seemed to have given up halfway to the pond and stopped for a rest on the track.  And also, there were a number of frogs contemplating crossing the hen run to get there – not a good idea!

The sheep are as happy as we have ever seen them.  They love the haylage, so much so that the can’t be bothered to head off foraging now.  Fair enough, eleven of them are pregnant and starting to show it.  And it’s hard work waddling through mud to get to grass when there is haylage just sitting there waiting to be eaten.

But while the poor weather has slowed progress, it hasn’t stopped us.  Mrs D has been ripping out brambles with a vengeance.  Day after day, bag after bag.  Her arms getting ripped to shreds.  But what a difference.  There are still some left, especially on the west side where they are invading like triffids.  That land belongs to the Forestry Commission, so there’s not much we can do but snip those ones at the fence.

The cows continue to prosper.  The loss of Ivor has left a gap that is hard to fill, but Texa and Bluebell seem to be handling it better than we are.

Their training continues.  I call it training, but really it’s just getting them used to us.  We need to be able to comb their fringes at some point and they are not keen on being handled from the neck up.  They are getting cow nuts each day and I  use that opportunity to stroke them all round their heads.  Texa seems to be much more accepting than Bluebell.

And finally, our preparations for lambing are almost complete.  The lambing shed is pretty much complete and we have 4 lambing pens ready and waiting.  This year’s plan is to allow them to wander around the paddock in front of the house rather than keep them in the shed.  To be honest, at the first hint of rain they’ll be straight in anyway.

The electrician is coming Tuesday to install a power supply so the heat lamp you can just see dangling in the corner will be fully operational.

All in all, a good day, though we are both knackered and ready for nice hot bath.