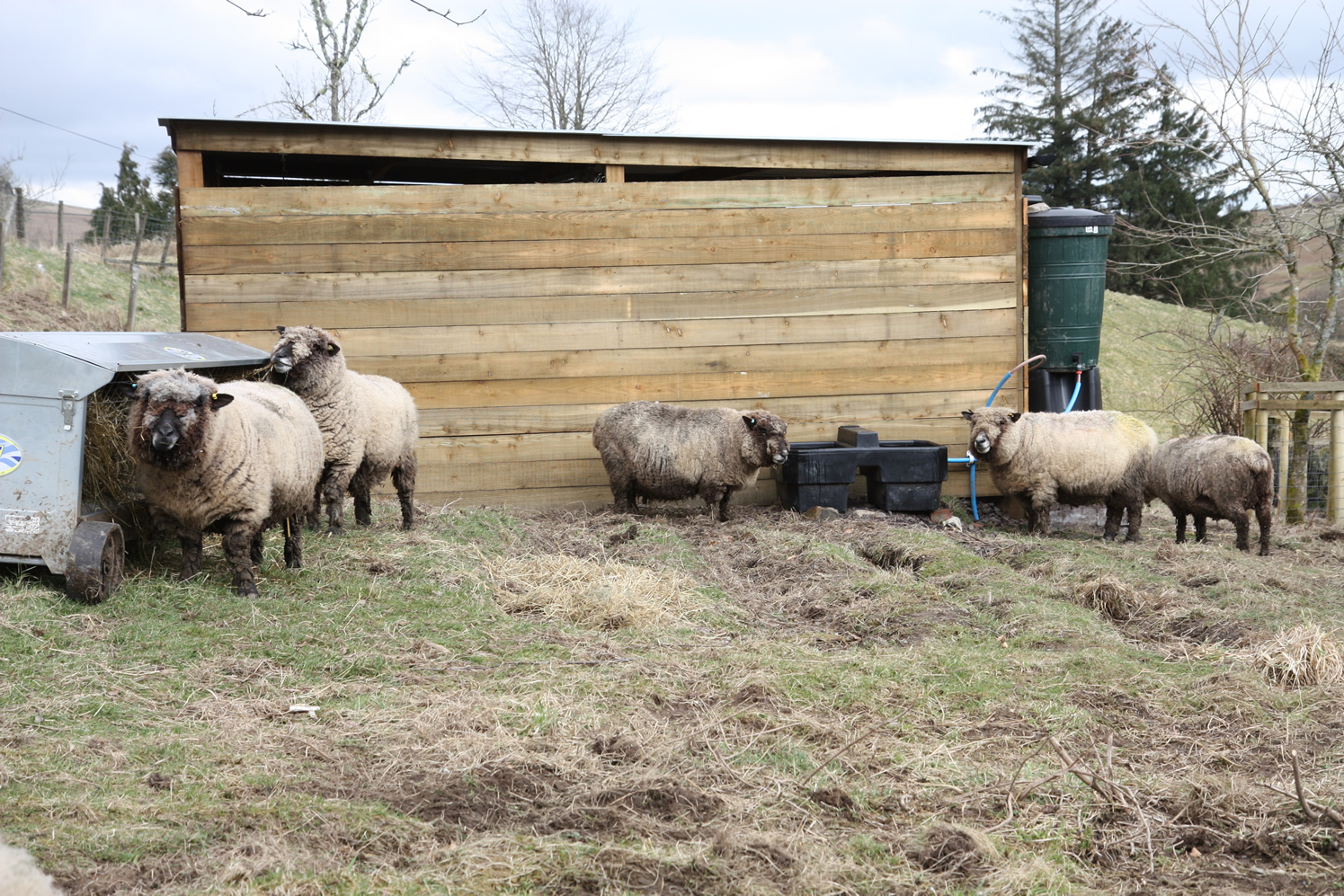 The calendar tells us spring is here though so far, the odd glimmer aside, the weather has remained pretty wintry.  However, winter or spring, the date for our ewes to lamb fast approaches.  The first is due April 10th, but could easily be early.

So, on Good Friday, we moved them.  This was a well planned operation.  First, we separated them at the gate between two fields.  We had to separate the pregnant ewes from those not expecting, namely last year’s lambs and a couple of adults with problems precluding them from giving birth.  That went quite well, though the use of sheep nuts to tempt them through the narrowly open gate was almost too much for the lambs who, being small, quick and agile, almost got past Nicole the gatekeeper.

Then it was a leisurely walk across the field, led by Nicole, while I ran on ahead to open the gates.  Across the field, down a steep slope, through a carefully cut hole in the fence, past the pond and into the lambing paddock.  The slope had been a bit of a worry because some of these ewes are massive and have quite short legs.  We had b=visions of them rolling down.  Thankfully, they negotiated it with no trouble at all.  In no time, the first 7 were into the lambing paddock.  However, the 4 lagging behind got it all wrong, missing the hole in the fence and gathering down the slope way below the entrance.

Nicole zipped over and led them through.

Now, a lot of thought has gone into this lambing paddock.  It has been months of work creating and building it, fencing, removing about 100m of chicken netting, removing masses of brambles, building and equipping the lambing shed.  We wanted a big shed with electricity and also access to grass.  This was the moment of truth – would the sheep like it.

Well, they love it.  A large, spacious and airy shed with fresh water and food just outside.  New views, grass that hasn’t seen a ruminant in years.  A hedge to browse.  Trees for a good head scratch.  What’s not to like?

And new creatures (hens) to observe.  The hens and sheep are sharing this area.

After a quick look round, it was time to stretch out in the afternoon sun.  Yes, afternoon sun! Mind you, the north wind was fair chilly but that’s not a problem when you have a thick woolly coat.

And now, it’s regular checks, ramping up to 3 hourly next week.  Ah, sleepless nights in store.  The good news is that the rams were only with the ewes for 2 weeks, so it should,  things hopefully going well, all be over by the end of April.  And then we’ll be posting piccies of lambs gamboling in the spring sunshine.