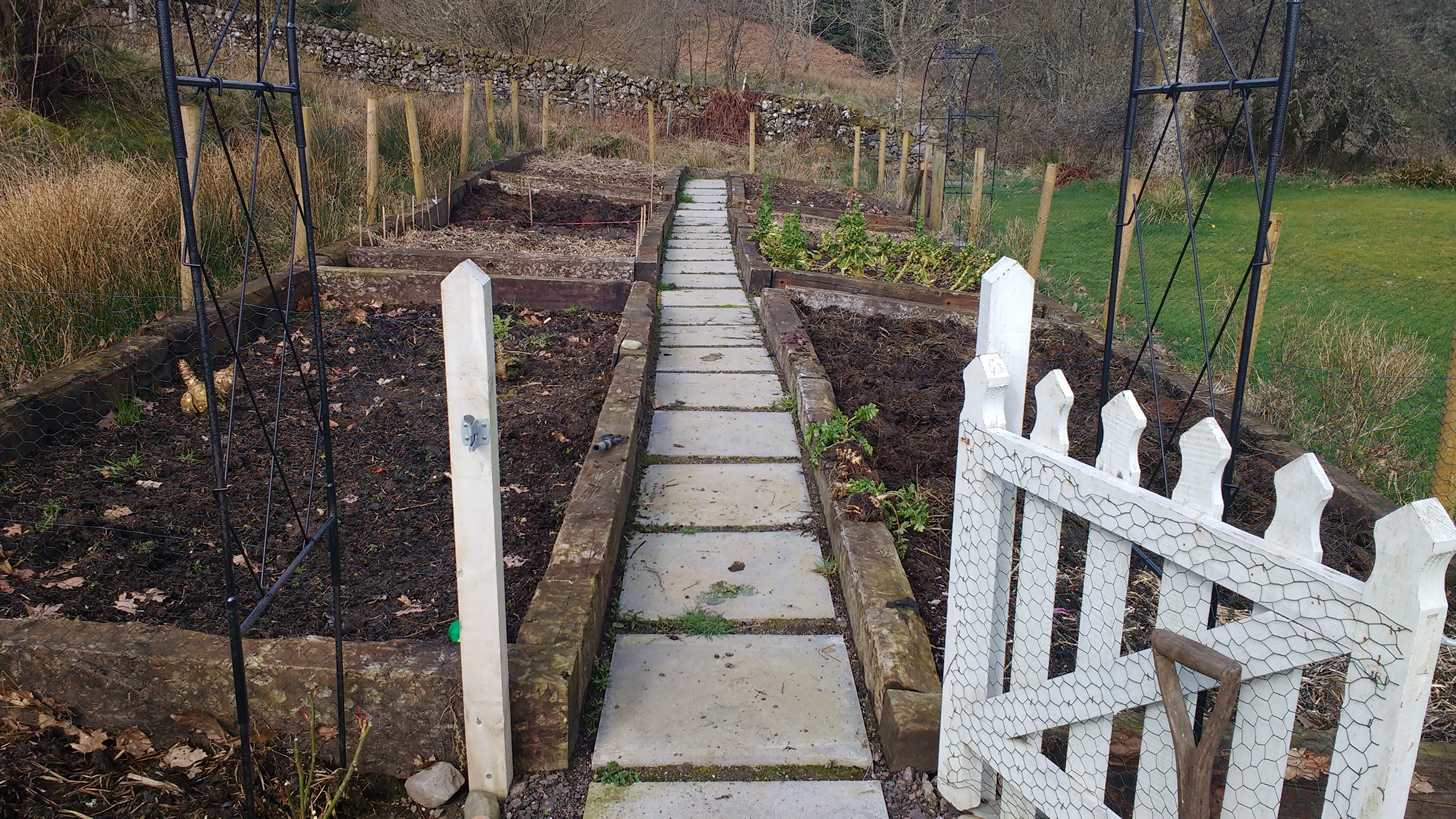 Last year, extended our veggie patch to give us plenty of room to grow our favourite vegetables.  This year, we had the greenhouse ready and also, over the winter I had laid power to it and installed a heater.  This was more a frost guard than anything, but it kept the greenhouse a bit warmer than the outside.

Outside, the veggie patch was fully mulched and ready.  It looks really god covered in mulch, no weeds (for now).

We were all set and in March we started planting.  Everything that had indoor/March on the label was planted and put in the greenhouse.  This worked, sort of.  The tomatoes decided it was still too cold and never showed.  It was the same for the basil.  In fact, only really the carrots and brussel sprouts got going.

Outdoors, we planted onion sets.  Then the heavy rains came and flooded that area covering all the onion sets in water.  Disaster, though in the end, about half grew.

Not to worry, we did a second planting and bit by bit, built up some small vegetable plants.  The spring was relatively mild and so we started to plant out some of the hardier crops.

Now, we fed the birds all winter so how did they repay us?  By digging up the mulch to look for worms and in so doing, scattering said vegetables everywhere!  Most annoying.  Luckily, I had a length of blue pipe tucked away behind a shed and we bought some netting.  We put back all the uprooted plants and installed said netting.  This helped, a bit.  It included butterfly proof netting for the brassicas and turnips (last year we had to pick off multitudes of caterpillars on a daily basis).

By now, I’d planted a third set of onions as all the ones grown from seed had simply vanished.  Thankfully, the look good and strong.

But still, our veggies were still under attack.  We laid out some organic slug pellets.  No change.  In fact we have lost almost all the brassicas, three quarters of the turnips, half the spinach, all the direct seeded carrots and most of the beetroot.  Emergency second and third seedlings are planted and awaiting their turn.  The plan is to pot them up and make sure they are strong before planting them out.

Next year, we’ll do what we should have done this year.  We’ll put hens in the veggie patch and give them access to unplanted beds.  That should take care of the slug population we suspect of causing the damage.  At least, we hope so.