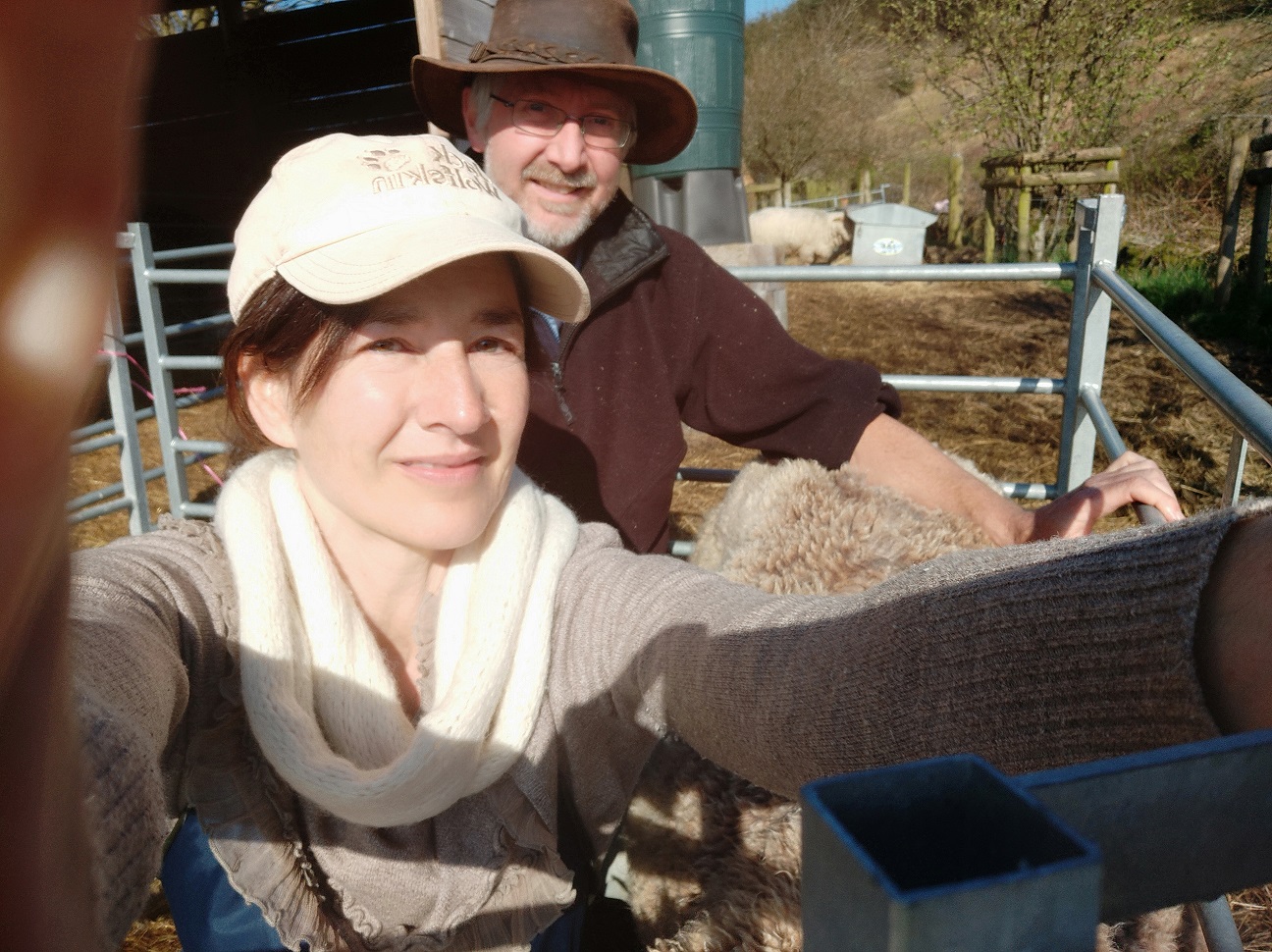 From time to time sheep pick up things and become ill, particularly lambs.  Similar to newborn babies, lambs are particularly vulnerable to disease as their immune systems have not yet built up that all important resilience which only develops over time as they mature.

We always joke that lambing is not over once all the lambs are born, it goes on for another 3 months at least, with all the checking and monitoring of the little ones to ensure they’re all healthy and not on their way to the great pasture in the sky.

A couple of years ago we caught Yin on her way skywards thanks to a nasty attack of coccidiosis (parasitic worms).  Fortunately we found her in the nick of time and were able to give her life saving medication.  Yin is still with us to this day and is a big robust girl.

Not only are parasitic worms a problem for young sheep, but also “clostridial diseases” – for example pulpy kidney, tetanus and bloody scours.   In addition, young sheep are also susceptible to “pasteurellosis” (pneumonia).

All of these conditions are serious and so we are very fortunate to have a vaccine called “Heptavac P” which helps prevent these diseases from taking hold.

Every year, approximately four weeks prior to lambing, pregnant ewes are vaccinated with Heptavac.  Antibodies develop in the ewes which then cleverly pass through to the lambs via the colostrum.

We’ve Heptavac’d our woolly gang as long as we’ve had sheep and have continued to do it even though we no longer lamb.  I’m not sure why the thought struck me this year and not in previous non-lambing years, but it occurred to me that perhaps we didn’t need to vaccinate our sheep.  Afterall, they are mature and have developed antibodies.  Aside from that, they’re fit and healthy from their stress free existence here on the farm, no lambs to worry about, the most they have to ponder is where to find the tastiest blades of grass and where molehills come from.

I decided to phone our vet and find out, I wanted to know whether mature sheep retained immunity against clostridial diseases and pasteurellosis and whether we would be wasting our time (and money) on vaccinating a non-lambing flock.

I love a bit of science and when the vet gave me the low down I was so excited I had to make myself a cup of tea and sit down for a moment.

I learned that there’s a different vaccine which we can give our non-breeding flock (and not forgetting wethers) called Covexin.  This doesn’t include the pasteurellosis protection which wouldn’t be needed.

As we already had a bottle of Heptavac in the fridge we decided to use that, but next year we’ll probably get Covexin.

So we gathered our sheep in last week and gave them all their jab, they weren’t too impressed, but we reminded them that we had their best interests at heart.  They also each got a wee handful of sheep nuts so that they went away post jab with a happy experience in their minds and a sweet taste in their mouths.