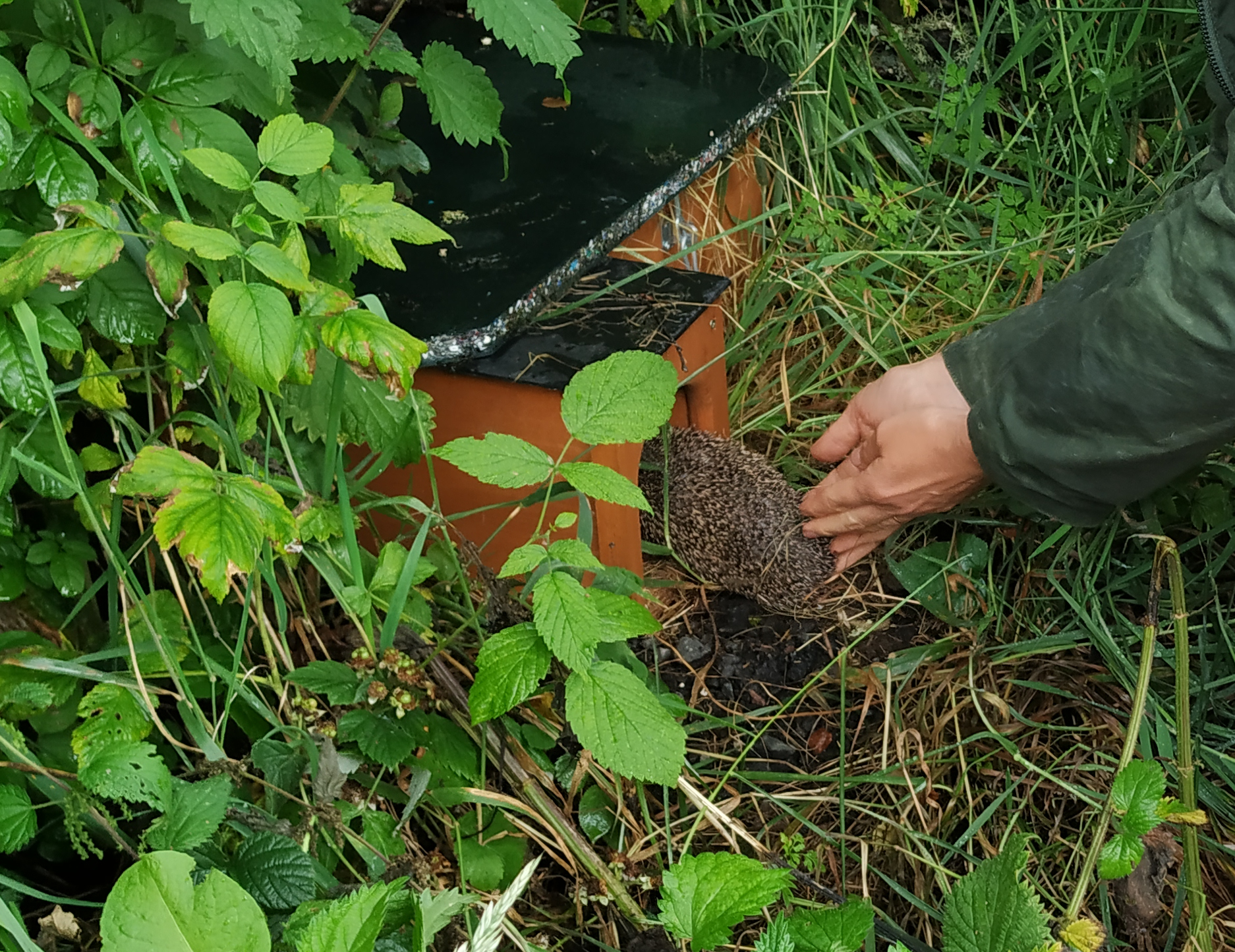 Four weeks ago, we found a tiny hedgehog that was outside, alone, during the day. Without help, it would have died (see Summer Hedgehog Rescue). We took him in and named him Tiggy. Over the last four weeks, he has grown from 125g to over 470g in weight. As it’s summer, young hedgehogs can be released back into the wild once they weigh over 450g and are at least 8 weeks old.

Though we couldn’t be sure of Tiggy’s exact age, his weight when we found him indicated he was somewhere between 4 and 5 weeks old. He was ready for release.

We prepared the hedgehog house with fresh hay and set up the feeding station. We put in place the wildlife camera to monitor what he did.

Next day, the food was all gone but there were no films on the camera. Most frustrating! I set the camera up a bit closer and refilled the food bowl. The following night, we got a great set of videos. Tiggy was coming out of the hedgehog house, having a meal and heading back. We were surprised, normally hedgehogs disappear off when released.

Three nights later, Tiggy is still around and we are leaving out plenty food for him (as well as keeping an eye on him).