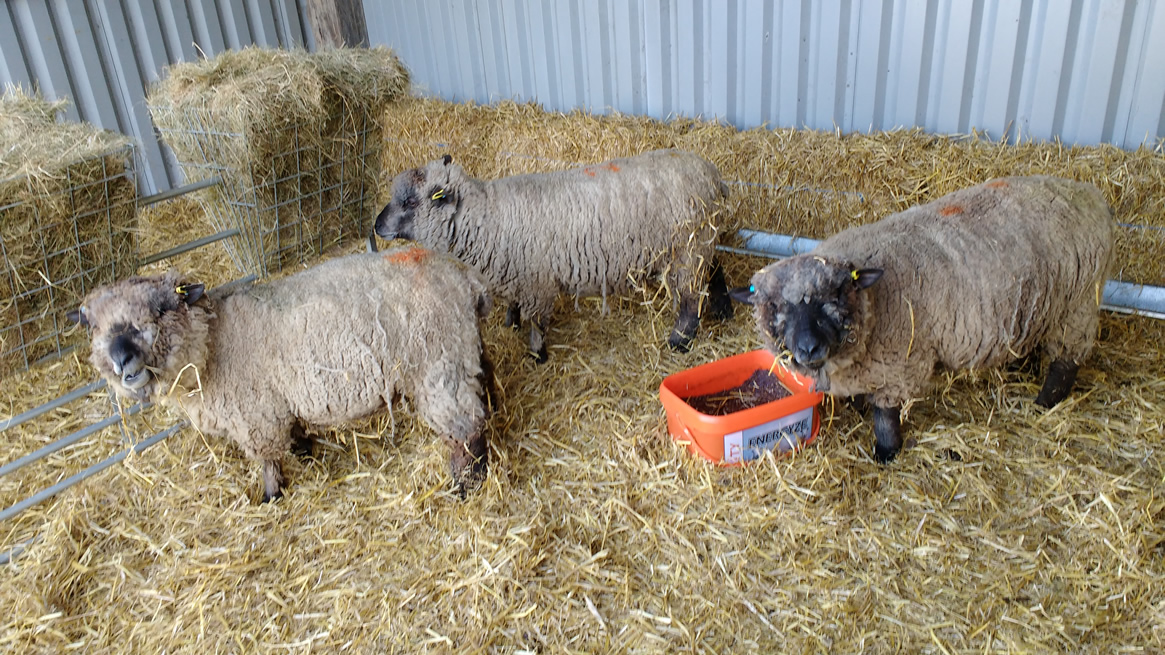 Sorry about the delay in stories, we’ve had a bit of a technical nightmare.  Web company migrated the site and broke everything.  It’s taken me two weeks to sort it out, and I sorted it by moving to a new web hosting company in the end!

Anyway, about 4 or 5 weeks ago, we had our 3 pregnant ewes safely tucked up in the lambing shed.  We had kept them away from our resident flock as, although sheep are on the whole pretty peaceful creatures, they can can get into head butting contests when new sheep appear.  We wanted to keep our pregnant ewes safe and stress free.

However, about 2 weeks before they were due, they suddenly stopped eating.  Not all at the same time, but over the space of about 24 hours.  And this is where it gets tricky, what’s wrong?

We had been careful with the sheep nuts so as to avoid acidosis (too much protein too quickly can kill a sheep).  We were also aware that not enough nutrition can lead to twin lamb disease.  So, after much thought, it seemed twin lamb disease was possibly the problem.  We consulted the vet and went ahead with the calcium injection and a glucose/glycol based drench.  This had some effect but over the next two days, they were still off their food.

The problem is that the symptoms for acidosis and twin lamb disease are very similar, the main difference is that sheep suffering from acidosis tend to have bad diarrhea. And there were no signs of that.

At a bit of a loss as to what to do, we turned them out into a small paddock with a couple of small shelters.

They immediately started tucking into grass.  Our relief was huge.

It was, in fact, acidosis.  Fortunately we had spotted the symptoms early.

Of course, that wasn’t the end of it, sheep being sheep.  The ewe with triplets went on to develop hypocalcemia.  Again we caught it early and gave her a calcium shot.  The effect was immediate and remarkable.

A week before they were due, we moved them back into the lambing shed.

The next day, lambing kicked off, but more on that later.