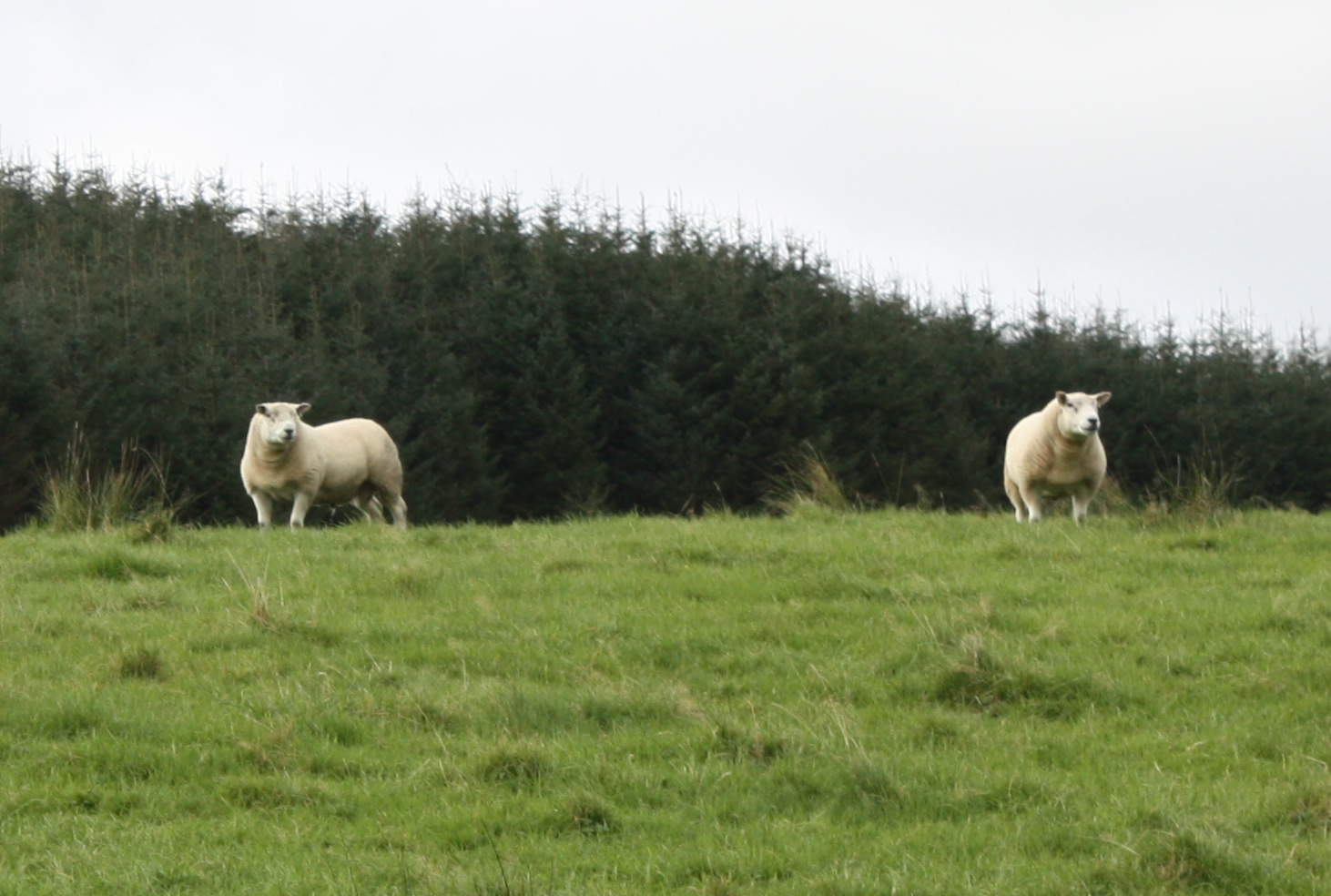 Being autumn, it’s approaching tupping time when the ewes are put to the tup.  The farm next door has been to market and got themselves a pair of splendid young tups and put them in the field next door.  They seem like pretty calm chaps, but they are in a field out of which there have been a few successful escape attempts in the recent past.

At first, we did nothing as we had sorted out the decrepit gate and our neighbours had plugged the gap.  However, it all changed when they spotted each other.  Our sheep like to pop down to the lambing paddock each day to check for apples.  It’s also where one of their field shelters is sited.  On their way down, they were spotted by the boys next door who, in their amazement, stood their like teenage boys transfixed.  Of course, our girls totally ignored them.

However, a couple of days later, the girls decided that they had made their point and were spotted attempting to smooch through the metal bars of the gate between the fields.  Boys on one side and two or three of our ewes on the other with noses pressed up right against each other.

“Hmm”, we thought, maybe we had better do something.  Aside from not really wanting to go through the stress of lambing next year, we also have a couple of hogs that are tiny compared to these boys and don’t want them getting pregnant or even hurt in the process.

So, we have moved our sheep to the fields away from contact where the are now separated by a field and some stone dykes.  Not that that’s stopped them gazing wistfully at each other from hilltop positions on both sides.