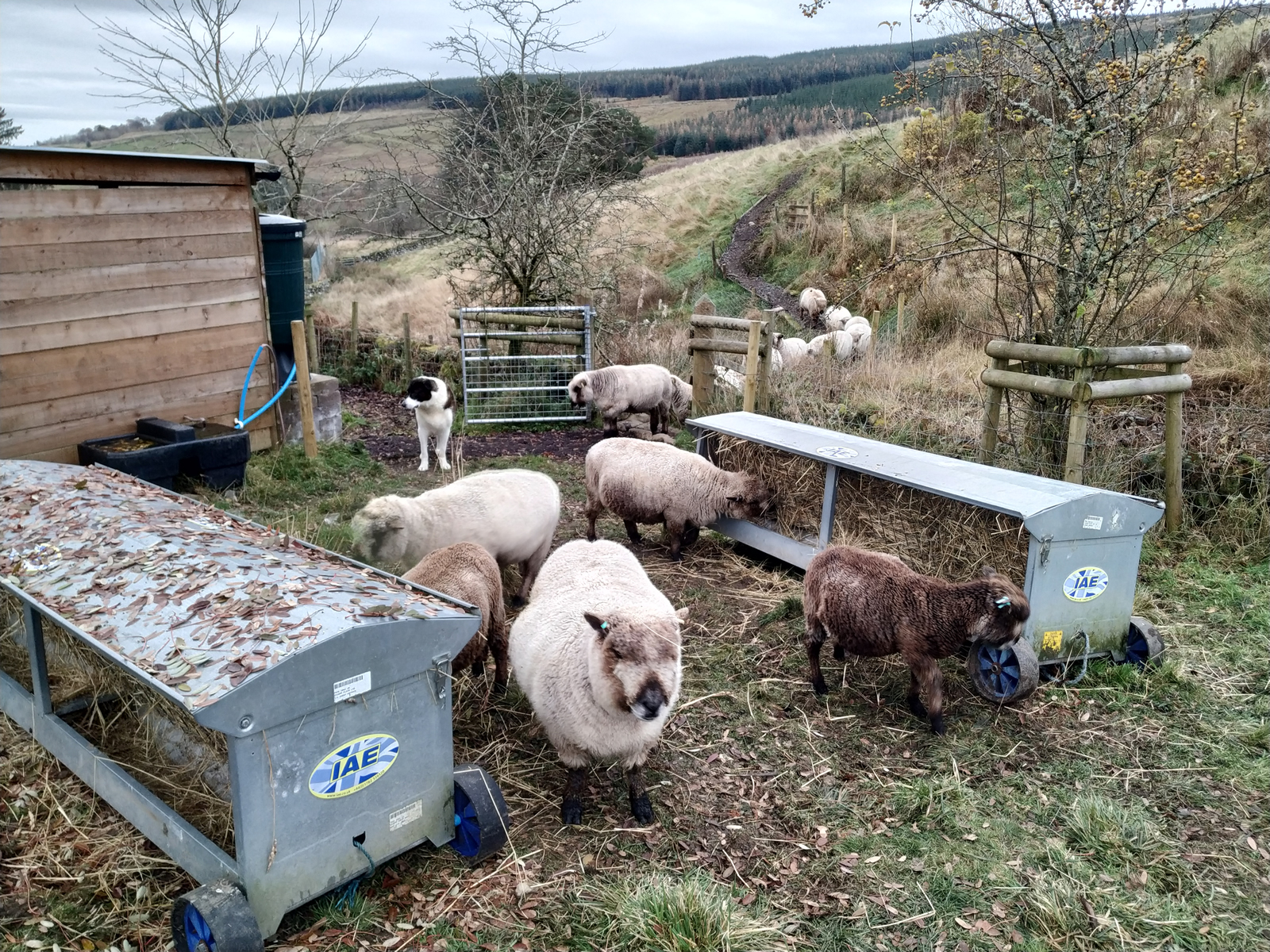 Around late October, early November the grass pretty much stops growing and loses most of its nutritional value.  For sheep, that means its time for hay.  This year, the late autumn was pretty mild so the sheep chose to stay out for grass a bit later, well into November in fact.

Nevertheless, we got the hay feeders cleaned up and the hay ready.  We’ve moved the feeders nearer the house this year.  It means it’s all much closer to the hay store making things easier for us.

It also means the sheep have access to the lambing shed as a winter shelter.  In fact, they now have two field shelters so they are spoilt for choice.

To get to the new hay station, the sheep would have had to cross a marshy area so in the summer I had built them a path (see sheep happy with new path).  One morning, I went up to check on the sheep and they followed me back down (pictured right) and found the hay all laid out for them.

Some of them tucked right in while others still wandered off eating late autumn grass.  Over the following days, the visits to the hay feeders have increased and so we see them down at the feeders about twice a day now.

The other great benefit is that we can see them from the kitchen window.  We do like being able to see our sheep from the house.