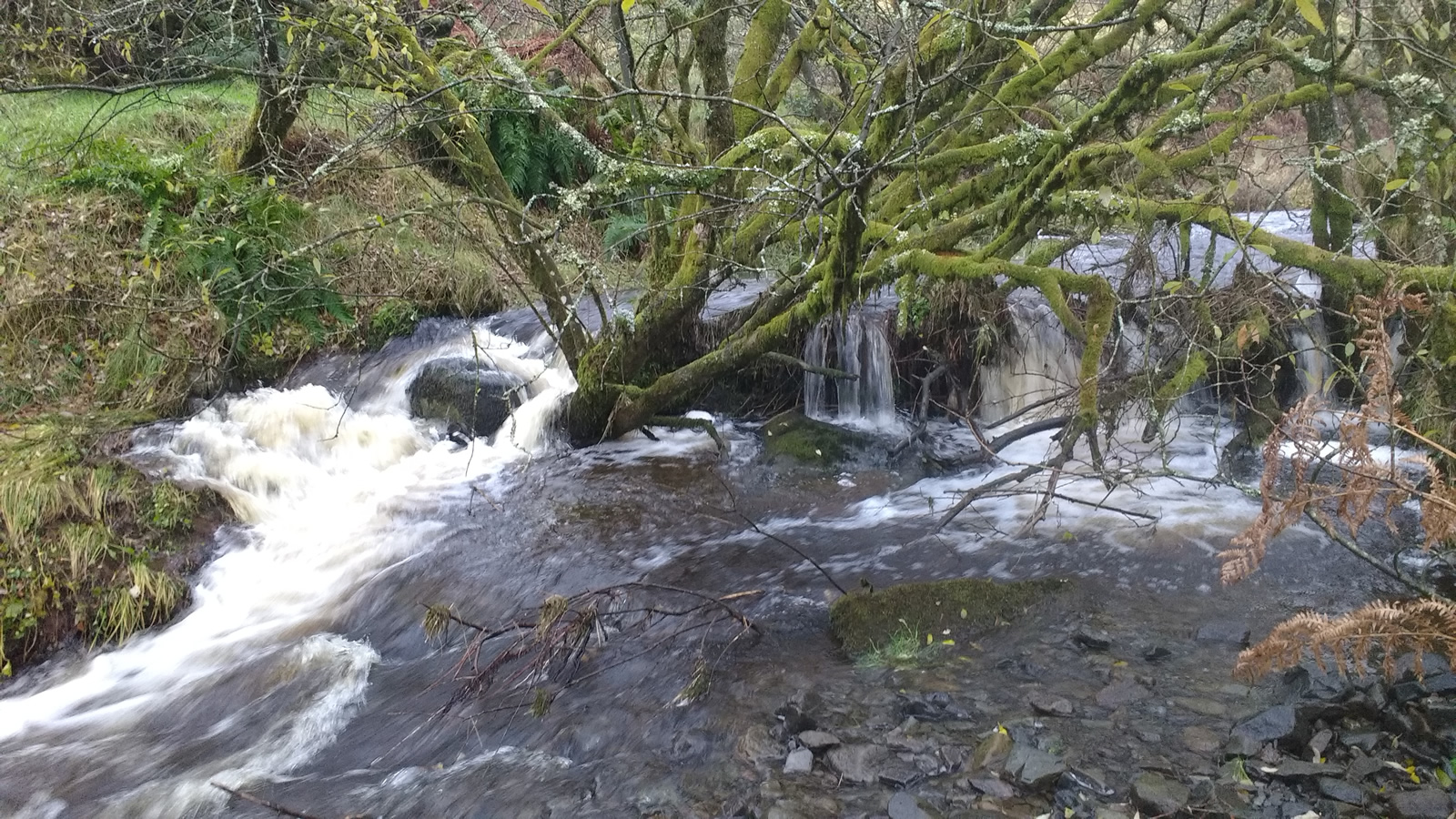 After a period of quite nice weather, the rains came.  A couple of storms, then a period of almost relentless heavy rain.  We are somewhat fortunate in that here, living in the hills, most of it runs off.  But before it does that, it does tend to gather in puddles all over the place.  The run off into the rivers (we have two main rivers here) can be quite spectacular.  The burn above (Stroanshalloch Burn) is usually a gentle wee water flow – now it’s a roaring mass of water.  And that’s the small of the two (the other one is down a steep slope and I’m too lazy (or wise) to attempt to climb down it just for a photo opportunity.

I quite enjoy watching it for short periods, much to the irritation of the dogs.  They are really not that keen on stops during their walks, well human stops anyway – it’s fine for them to stop and investigate some interesting smell for a few minutes.  But if I stop for a couple of minutes, I turn round to find them sitting looking at me with questioning looks on their faces.

The sheep have the worst of it.  Gate entrances become areas of liquid mud.  Lots of little streams become suddenly active.  Sheep are not that keen on getting their feet wet and can often be seen negotiating their way from one patch to another in a series of jumps.  Yesterday, two lambs got a bit stranded in a field and didn’t want to come back to the main shelter because it was muddy – we had to lay down some stones and straw to get them back.

On the plus side, the patio (see sheep’s-patio-completed) has proved immensely popular, so much so that it is almost impossible to fill the feeders as the sheep absolutely will not move out of the way if it means putting even one foot in the surrounding mud.  On top of that, the new hay we took delivery of on Friday is also proving hugely popular, so on arriving with a fresh bag, they all pile in (all 28 of them).  It’s organised chaos.

Thankfully, a dry period is forecast now and hopefully the ground will dry out a bit.  As I write this, I can even see it brightening a little.  Next, it will be a case of creating a few more stone paths in key areas.