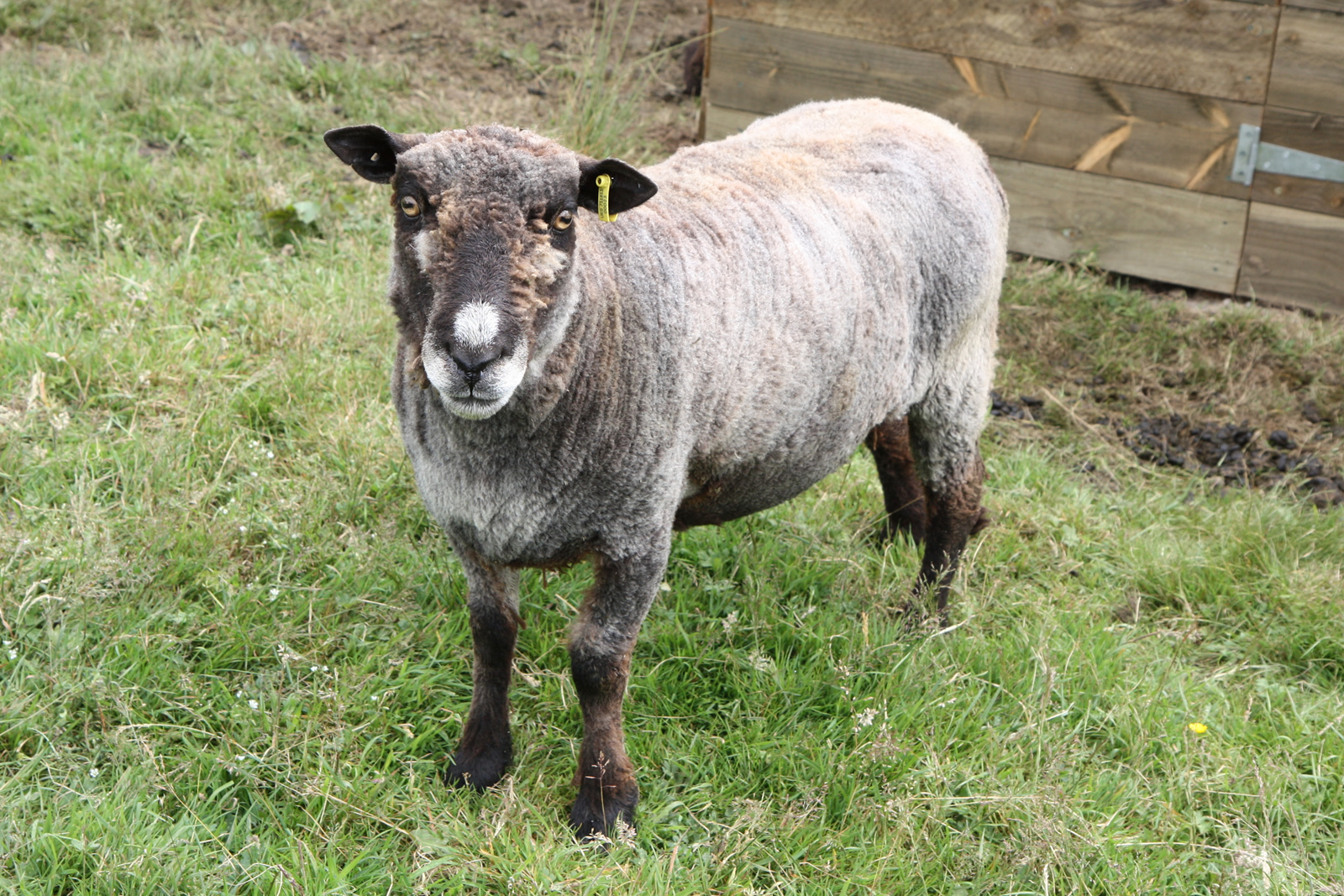 We are sad to tell you that Sarka passed away yesterday. It was peaceful and gentle, she lay happily between Nicole and myself as the vet gently helped her on her way.

Sarka came to us in 2015. She was the most flighty and fearful of the 11 sheep we had then. A change in the weather was enough to have her in a mild panic and changing fields was always fraught with a little danger. But, over time, she became something of a cuddle sheep, seeking out pats and scratches from us whenever we we were over in the fields. Whenever we went over, she would come trotting over and bury her head in close as she enjoyed neck scratches.

Sarka loved it here in Scotland with acres of pasture to roam and graze. She had a very strong bond with Nicole who considered themselves to be like two peas in a pod.

Last year, Sarka was diagnosed with a heart condition and given only a short time to live. However, under Nicole’s care she blossomed and seemed as healthy as she had ever been. Previously prone to runny poos, over the last year she has been totally fine in that department. Runny poos in sheep are bad news – the smell attracts the blowfly and can lead to flystrike. Indeed, Sarka was the first of our sheep to be hit with flystrike, back in 2015. We caught that early, thankfully.

As the summer was drawing to a close, Sarka seemed to be developing problems in one of her front legs. It was diagnosed as arthritis, even though she was only 6. The vet hinted there was nothing could be done, but Nicole found willow to be very helpful and indeed, after a couple of weeks on a daily intake of willow leaves, Sarka was almost walking normally.

Two weeks ago, she went totally lame in one of her back legs. We had to carry her to a shelter as heavy rain was forecast. She was pretty heavy I can tell you. Painkillers were prescribed and after a week’s treatment, she seemed to be improving insofar as she was walking almost normally again. However, there was the merest hint of a neurological issue – she seemed to be having trouble finding the hand proffering sheep nuts (her favourite).
Despite seeming to eat well and being given extra sheep nuts, Sarka remained painfully thin.

On Thursday, she looked poorly again, head down and just standing in a corner. She was given a vitamin and condition booster by the vet and another shot of painkillers by us. She seemed to perk up, but yesterday morning she seemed to have gone further downhill Later, Nicole witnessed her back legs just giving way.

We had tried everything. There was nothing else we could do.

It was important to us that Sarka did not suffer and so we made the painful decision to say goodbye.

Sarka was a lovely sheep, friendly, cuddly and loving. We shall miss her.