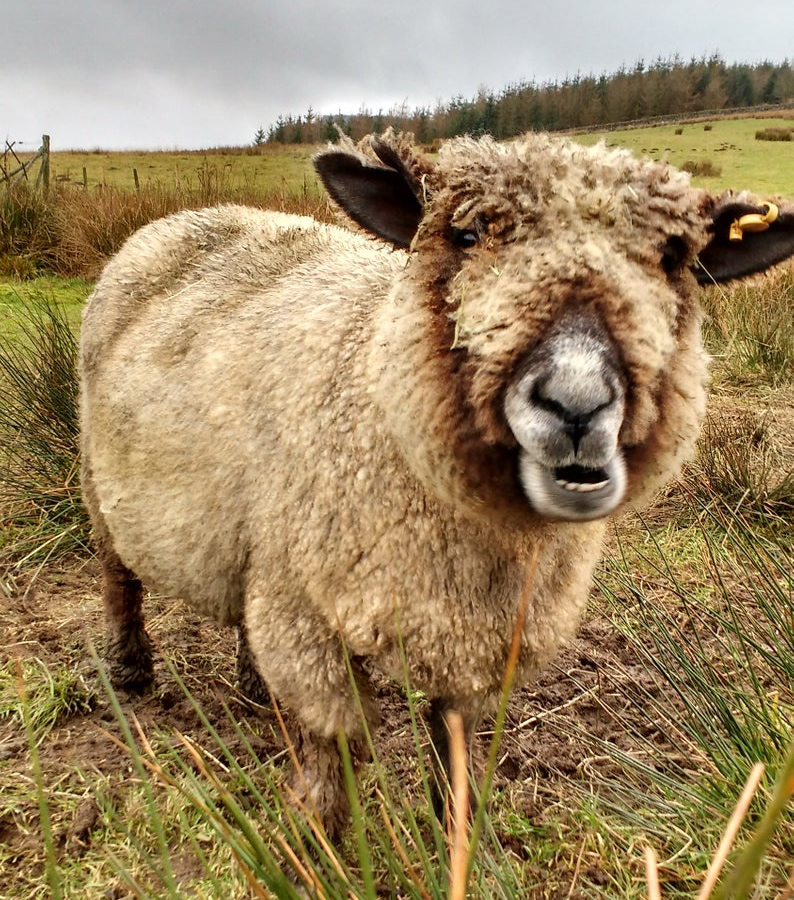 The last few days have been cold and yesterday, we took advantage of the frozen ground to lay an area of hardcore around the sheep’s hay feeders.  The frozen ground meant that the tractor did not do too much damage to the ground.

Before starting, we moved the sheep out into the fields to keep them out of the way.  On finishing, we allowed the sheep back and it was then we noticed that there was something not quite right with Peaches.  It was not entirely unexpected, Peaches’ condition had not been good for some time.  She had, in the summer, been checked over by the vet but there was nothing obvious wrong.  Peaches was the oldest of our sheep and was approaching her 9th birthday so we thought this lack of condition might be age related.  We had been giving Peaches small supplements to ensure she was getting enough to eat, but her condition never really improved.

Yesterday, Peaches was separating herself from the flock.  This is often a sign of a sheep that is unwell.  We offered Peaches some chopped turnips and while she ate a little, she didn’t seem to be her usual self.  We called the vet out to have a look.  The vet found a little blood in Peaches’ poo and said that her stomach seemed a little bloated.  However, there was no obvious sign of anything serious.  Peaches was showing no sign of anemia meaning fluke and worms were discounted.  The vet did hint that there might be something wrong internally such as a tumour, but that it was hard to tell.

The vet administered a few injections to help Peaches with any pain or infection and also to help get her digestion moving.  Having been very tolerant of all the handling and needle pricks, once out of the treatment pen, Peaches was off like a shot up the hill.  We continued to keep an eye out and she did seem to be eating hay from the feeders later in the day.  However, she was still kind of keeping her distance from the flock.

Sadly, this morning, we found Peaches had passed away in the night.  She had passed away in her sleep and lay, looking very peaceful, in one of the field shelters.  Peaches was the flock’s matriarch and was a gentle leader.  We shall all miss her.