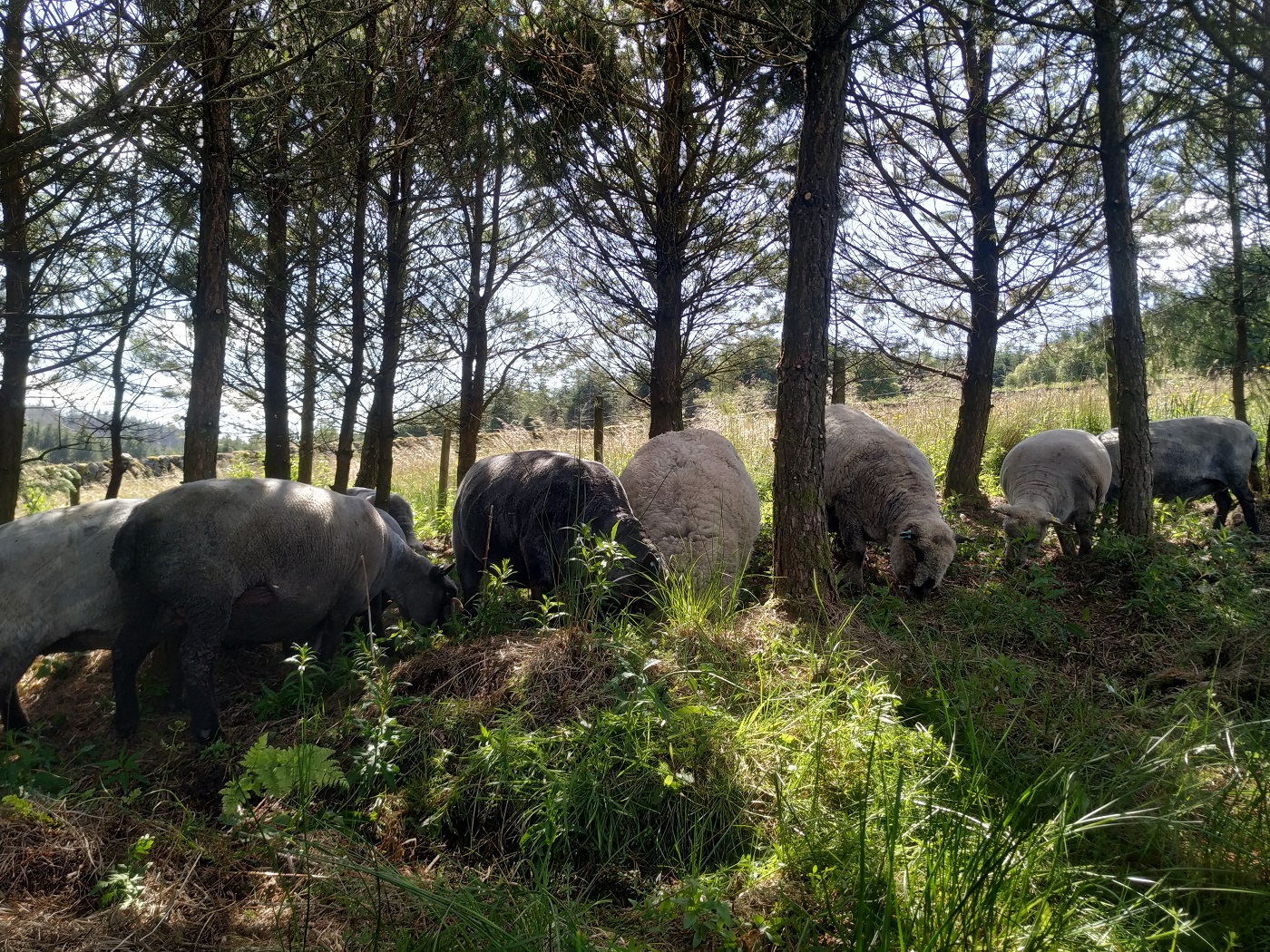 If there’s one thing we have come to realise about our sheep over the years, it’s that they like their shelters. Their favourite is one we knocked up just after we moved here. It kind of resembles a low rise mass built bungalow and so has been nicknamed Brookside, after an old tv soap opera.

There probably would not be a problem but for the fact that, unlike pigs, sheep tend to pee and defecate where they happen to be. So, it only takes a few hours for the floor to be covered. Daily cleanouts help, but in wet weather, the pee has nowhere to go and the floor can tend towards the unhygienic. We installed drainage, but while that has been helpful in eliminating puddles, the floor can become muddy and wet. Basically, it’s on a flat spot and water gathers there on its way down the hill.

Again, copious amounts of scented sawdust helps, but this merely serves to make the place more attractive. On top of that, the low roof leads to aching backs and bumped heads during cleaning.

During the hot days, we noticed that it was like an oven in there. All in all, there had to be a better way. So, we decided to open up some of the woodland for them. This comes with risks as sheep are partial to bark. They can bark an adult tree in minutes when the mood takes them. Nevertheless, there was a small copse of evergreens that were fully grown and, also, sheep tend to be more interested in eating bark in the winter months.

So, we cleared the copse of brambles, added a gate and waited for a hot day. These are more plentiful in SW Scotland than they used to be and we did not have to wait long. To give Brookside a chance to recover, we’d closed access to the field where it is located. The sun was out, the air was warm and the sheep were gathered in a tightly knit group at the gate, gazing longingly at their favourite shed. We led them up the hill, reluctantly (lots of sheep nuts were involved), and showed them their new ‘shelter’.

Despite the plentiful willow herb at their disposal, their reluctance to try anything new was stronger and hesitancy prevailed. Eventually, Yarr’s curiousity trumped his caution. Even then, he took his time. It was an excellent test of our patience.

Slowly, the rest followed. Well, most of them anyway. Some got to the gate and veered right, tasty morsels of grass seemingly more attractive.

Those that did enter inched forward until their eyes fell upon the young willow herb. That was all it needed and they were soon tucking in, those at the back now trying to push through.

Soon, they settled and were grazing happily. Inside the woodland, the canopy of needles and branches provided plenty of shade and a gentle breeze made it feel cool and fresh. Compared with the oven that was Brookside, there was no contest. Job done, or so we thought.

We left them to it.

Twenty minutes later, they were back at the gate gazing mournfully at their favourite shed.

This has been the pattern for most of the summer. We have even cut back more of the fencing so that they don’t feel boxed in. But, on hot days, they gather at the gate and gaze. We lead them up and watch them relax into the cool and refreshing area under the trees. We step back and watch. After a short period, one of them, usually Selene (the flock matriarch) suddenly remembers their favourite shelter and makes off towards it. The rest follow.

On some days, particularly stormy or heavy rain days, we open up the lambing shed for them and they appreciate that. But, on hot days, walls, tin roofs, stifling heat and oven conditions seem preferable to cool, leafy shade and refreshing breezes. That’s sheep for you.