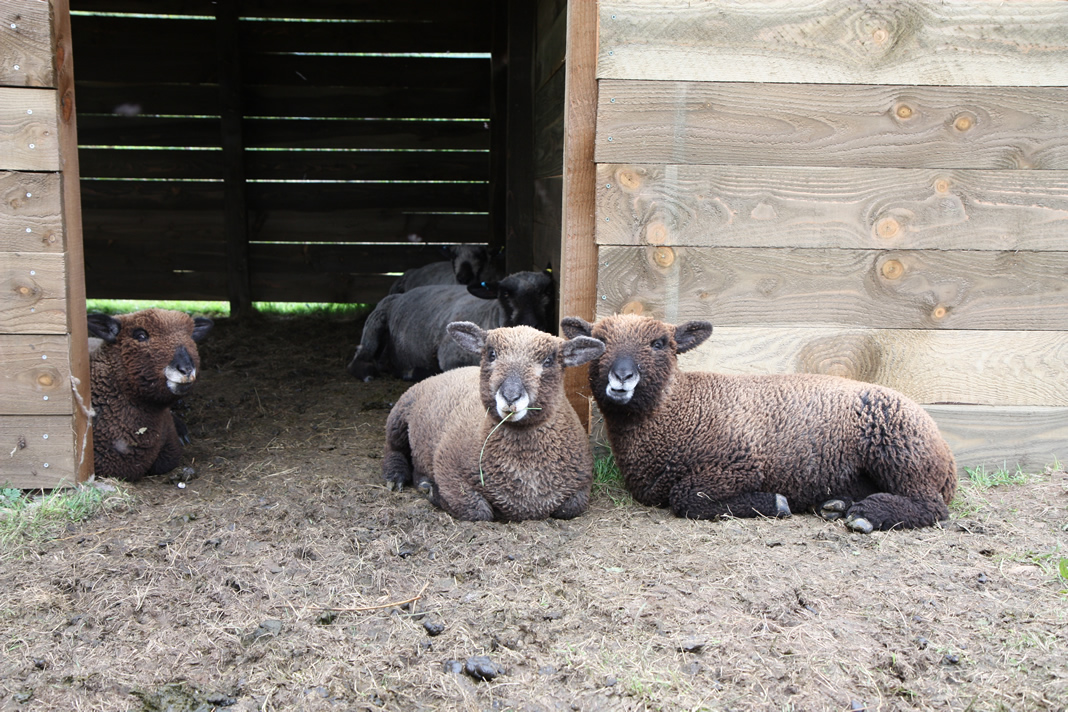 Recently, I mentioned I was having to increase the size of the sheep shelter.  The plan was to add a second shelter and also a shed to store some hay.

I had to wait on some replacement roofing sheets for the hay bay.  I was using a type I could cut to size, but they were proving fragile.  Some were broken and had holes in them.  Nevertheless, I got all the planks in place and made the doors for the hay store and fitting them all.

The sheep quite liked the open top “shelter”.  They were often to be found resting and chewing the cud.  I expect it was airy and shady.  Not much use in the rain though!

Eventually, I had the roof sheets I needed.  I chopped them to size and completed the hay store.  Then it was the sheep shelter roof, 12 foot long corrugated sheets.  The sheep were not impressed while I was putting those up.  I’d lift a sheet and they’d take off, but they kept wandering back to see if I had finished.

Eventually, the work was done and within seconds, the sheep were investigating and inspecting.  Verdict, it’ll do!