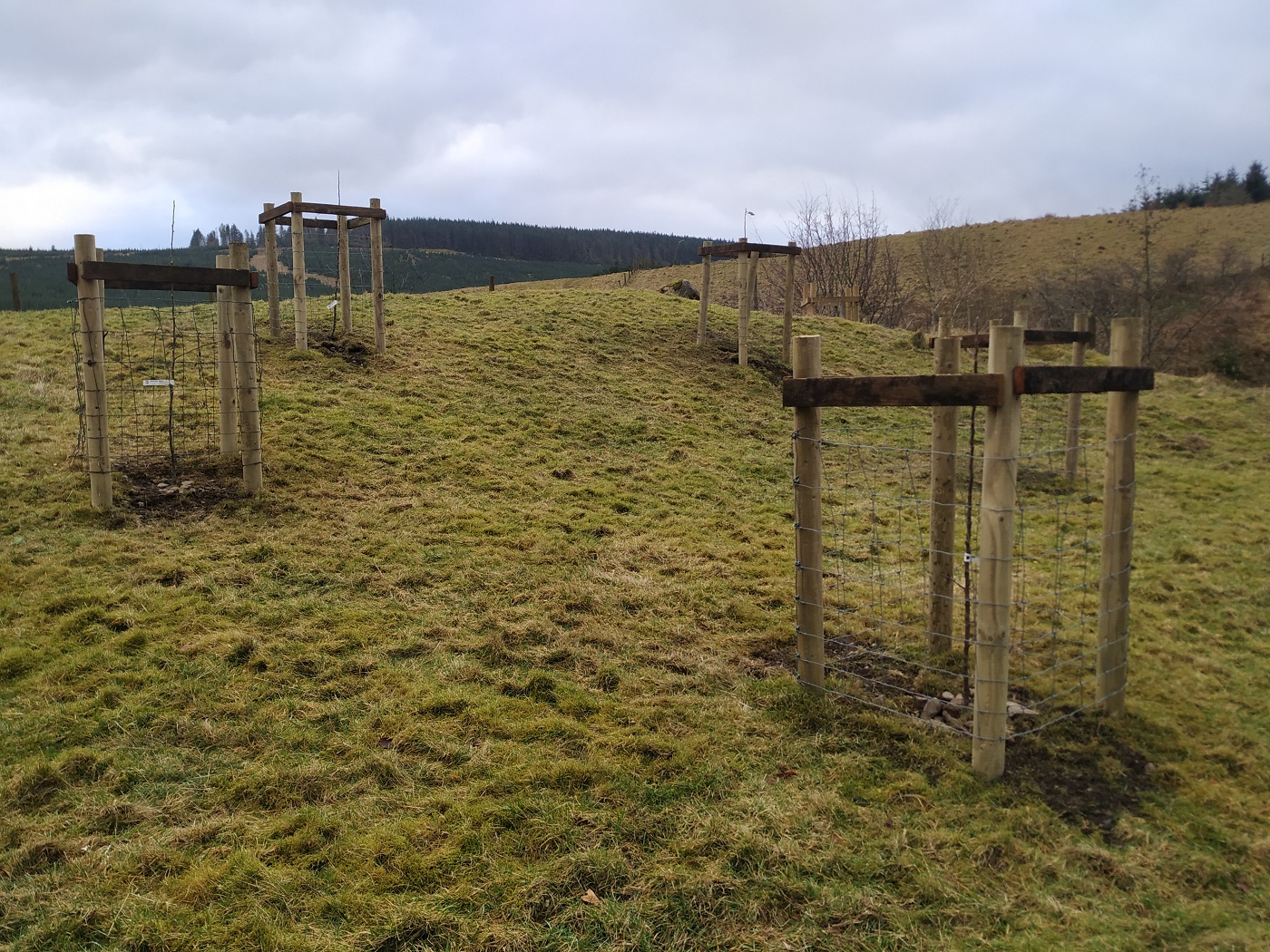 Last year, we extended our paddock area with the addition of what we creatively call the ‘new paddock‘. While it’s great for the sheep (more grass and space), we thought it would be good to add in something for ourselves. We already have a few apple trees but not enough to make cider vinegar, cider and keep a few bye for those winter pot roasts. So we decided to add some apple trees.

This turned out not to be as easy as it sounds.

First, there must have been a run on apple trees last year because we couldn’t find any at our usual suppliers. ‘Out of stock’ loomed large and often across every web site we visited. Eventually we found some at the aptly named ‘Adam’s Apples‘. We bought a pack of ten and sat back to await their delivery. Bare rooted trees need to be planted in the winter months so even when ordered in the summer, they are not shipped till the planting season.

We received our email of impending delivery in January. We smiled in anticipation.

Now, these trees were going in a paddock to which our sheep have access, so they needed protection. Having planned ahead, I had already bashed in the 40 stobs and screwed on the rails. Thinking ahead, I had not added the stock fencing which would have made it hard to dig any holes.

Of course, first the trees had to get here. The courier was one we had not heard of before and that got us to worry level one. New couriers have a track record of going missing in action round here. Sure enough, the courier never showed but the tracking showed our trees as delivered. Worry Level 5. It was a Friday evening with harsh frost forecasted. Worry level 8. If these trees had been left out, they were in peril. I rang the courier company (who shall remain nameless) and was told to contact the shipper. No help there then. I contacted Adam’s Apples only for them to find the courier had downed tools for the weekend. We were now at worry level 10, but there was nothing we could do.

Monday morning and I was up the hill repairing a stone dyke from where I saw a large green van (clue) arrive, execute a fast turn and disappear. When I came down for a tea break, I found the trees leaning against the front door and ‘neatly’ carved up grass verges.

Well, at least the trees had arrived.

I unpacked them and they looked OK so I quickly heeled them in. A couple of days later, Nicole and I set off to plant them. I dig the holes and she does the planting, we make a good team. Digging the holes took a fair amount of effort due to the rather large number of stones I had to dig out. But, with good sized holes, a dash of leaf mould (rich in mycorrhizal fungi), home made compost and feed, the roots will have the best possible start.

After digging the ten holes, I then ran round adding the fencing before the sheep cottoned on to what we were up to. They’d have stripped the bark in seconds.

We are delighted with the results and look forward to a bumper crop. In an amazing fit of organisation, I even made a map of which trees are planted where – they are all different varieties.

Next job, find somewhere to install the apple press. Hmm…